"It didn't need identity verification, so we all used it." 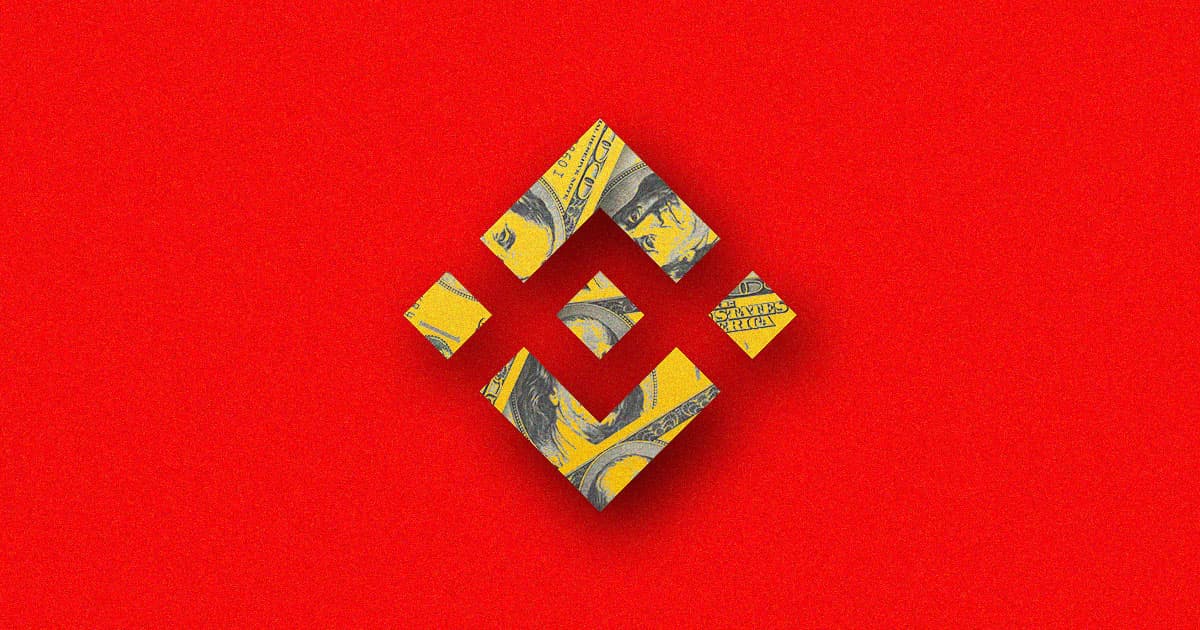 The world's largest cryptocurrency exchange could be in trouble with the US government after an investigation found it served Iranians in spite of terrorism sanctions on the country.

As Reuters discovered, the Binance crypto exchange — you know, the one that infamously invested $200 million into Forbes — allegedly defied American sanctions against financial dealings with Iran-based customers and continued to allow Iranian traders to use the service, in spite of the company's own declaration that it wouldn't do any such thing.

In 2018, when the US reimposed terrorism sanctions on Iran after a three-year grace period following the Obama-era Iran Nuclear Deal, Binance told Iranian traders that they had to liquidate their accounts and could no longer use the site.

In interviews with the news wire, however, seven Iranian crypto traders said they used Binance as recently as last fall with ease, signing up with no identity verification.

"There were some alternatives, but none of them were as good as Binance," Asal Alizade, a Tehran-based crypto trader, told Reuters. "It didn't need identity verification, so we all used it."

Messages from 2019 and 2020 reviewed by Reuters reveal that not only did senior Binance employees know of the growing popularity in the sanctioned country, but that they even joked about it, calling them the company's "IRAN BOYS."

As Reuters notes, the company's opaque structure — it's owned by a holding company in the Cayman Islands and the American version of the platform, Binance.us, is controlled by Canadian CEO and founder Changpeng Zhao — likely protects it from being legally required to follow American sanctions, according to experts Reuters spoke with.

In spite of these potential loopholes, Binance could be beholden to "secondary sanctions," or rules that try to prevent financial institutions from helping those in sanctioned countries from skirting these sorts of bans, those same legal experts said.

Binance seems to have cracked down on Iranian use of its site as of September 2021, when a number of users contacted by Reuters said their accounts were closed.

As of now, the US government has remained mum on Reuters' investigation and the allegations it contains, but given that federal courts this year determined that crypto exchanges are subject to the same sanctions as traditional finance institutions, it seems like only a matter of time before they begin cracking down.

Read This Next
A Lesson in Digging Your Own Grave
An Interviewer Asked Sam Bankman-Fried If He'd Been Honest and His Answer Was Bizarre
SBFX
Leaked Messages Show FTX Insiders Begging SBF to Step Down as Crisis Deepened
FTuxxed
Behind the Lawsuit Against Celebs Who Shilled FTX Before Its Spectacular Meltdown
Toes in the Water
Guy Linked to Huge Crypto Meltdown Says It’s Just a Coincidence That He’s Hanging Out in a Country With No Extradition to United States
Guest List
Celebrities Are Officially Being Sued by FTX Retail Investors
More on Blocknik
Touchy Subject
Yesterday on the byte
SBF Not Happy to Be Asked About Ex-Girlfriend Caroline Ellison
Oops, Bad Accounting
Yesterday on the byte
Coinbase CEO Says Only a "Gullible Person" Wouldn't Think FTX Stole User Funds
Rest in Punks
Dec 3 on the byte
The Ultimate Sign That NFTs Are Uncool: Museums Are Now Embracing Them
READ MORE STORIES ABOUT / Blocknik
Keep up.
Subscribe to our daily newsletter to keep in touch with the subjects shaping our future.
+Social+Newsletter
TopicsAbout UsContact Us
Copyright ©, Camden Media Inc All Rights Reserved. See our User Agreement, Privacy Policy and Data Use Policy. The material on this site may not be reproduced, distributed, transmitted, cached or otherwise used, except with prior written permission of Futurism. Articles may contain affiliate links which enable us to share in the revenue of any purchases made.
Fonts by Typekit and Monotype.