Astronauts Could Use TV, Video Games to Combat Isolation in Space

/ Off World/ Astronaut/ Deep Space Mission/ Mission To Mars
9. 27. 17 by The Conversation 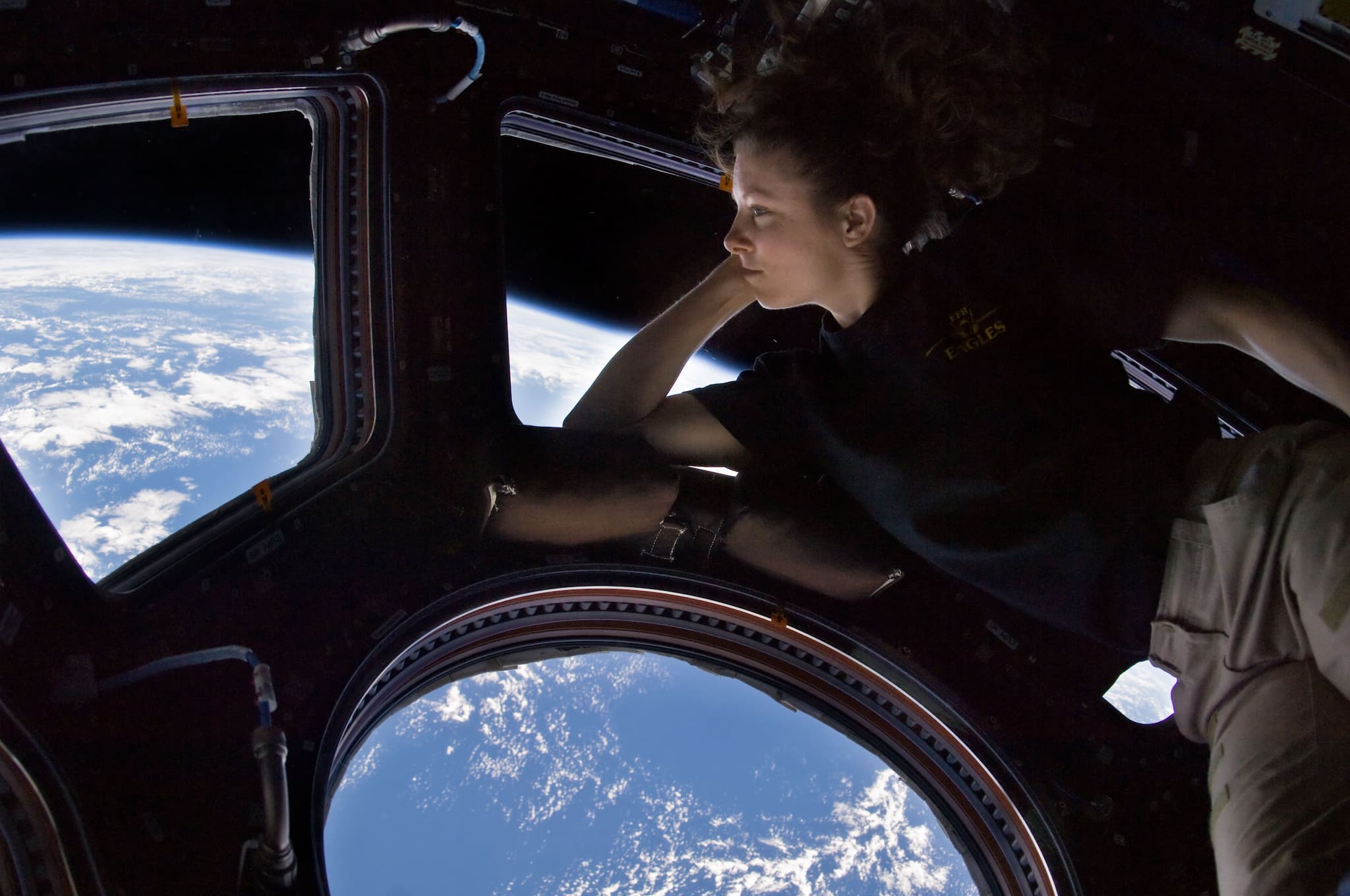 No one knows for sure what a long-range space journey will be like for the people on board. Nobody in the history of our species has ever had to deal with the “Earth-out-of-view” phenomenon, for instance. How will it feel to live in close quarters with a small group, with no escape hatch? How will space travelers deal with the prospect of not seeing family or friends for years, or even ever again? How will they occupy themselves for years with nothing much to do?

Researchers do know some things from observing astronauts who’ve stayed in space stations revolving around Earth for long periods of time, people who spent a lot of time shut off from the outside world in isolated regions (such as on polar expeditions) and from experiments with simulated Mars missions.

Because astronauts would have a lot of free time to fill, some researchers have casually suggested sending along a selection of books and films or even bespoke video games. As a social scientist who studies media use and its effects on behavior, I believe television could help. Recreating the media environment from before we had permanent, continuous access to anything we want to watch or listen to might be just the thing to help space travelers cope with a loss of a sense of space and time, with loneliness, privacy issues, boredom and more.

Floating Rudderless in Space and Time

In space, the distinction between days of the week, day and night, or morning and noon will be mostly meaningless. Before DVDs and streaming, television helped us structure our time. For some, “lunch” was when a particular game show came on. “Evening” started with the news. “Thursday” was when the next episode of our favorite drama finally arrived. Seasonal programming split the year into chunks (Halloween, Thanksgiving, Christmas). Annual events, such as the Super Bowl, helped us realize yet another year had passed.

A media system that recreates structured access would help define time in space, something unlimited access to a random list of movies would not. Knowing that you were watching something that millions of others were watching at the same time created a particular group feeling – think tuning in to a royal wedding or a presidential funeral. It remains to be seen how today’s fracturing of the media landscape has changed that. Interestingly, one of the earliest occasions where millions around the world shared a bond in front of their or their neighbor’s TV was the first lunar landing.

Out of Reach, Out of Touch

One reason prisoners like to watch television is that it shows them how the world outside is evolving. If we don’t want long-range space travelers to return feeling like aliens, they will need to keep up-to-date with what’s happening back on Earth.

Television news has an “agenda setting” effect: It tells viewers not only what is going on, but also what matters to people, and public opinion about current events. Entertainment media, from reality shows to game shows to drama, display how fashion, vocabulary and even accents are evolving.

Tuning in to what’s going on back home is also a way to counteract the “Earth-out-of-view” phenomenon. The feeling of being on top of what’s happening on Earth may help keep the psychological connection to the home planet active and strong.

Members of a crew are likely to have different cultural backgrounds. The distinctions are biggest if they come from far-flung countries or different language families.

Immigrants, for instance, use the media to integrate more quickly into their new culture. But exposure to home media is also a way to keep a connection to (and derive support from) the culture of origin. Imagine a crew consisting mainly of people from the United States, but with one member from, say, Japan. It will be equally important to facilitate integration and bonding by making media content available that everyone can consume as a group as it is to make specific content available that (in this example) may cater to a person who grew up in Japan.

As individuals, astronauts will crave autonomy and privacy. Media can help create “alone time.” Being immersed in a book, a movie or music (using headphones) helps lock out the environment, as every teenager knows.

At the same time, astronauts as a group will need to work on interconnection to be successful. Even though media are often blamed for dissolving social cohesion, they can also create and reinforce powerful feelings of community and group cohesion. Even in families where everyone has their own smartphone and a TV set, a lot of group viewing occursbecause members enjoy being in each other’s company. Spectator sports, in particular, can create strong bonds.

Of course, it makes sense that individuals’ interests differ among groups, cultures and genders, as well as with personal preferences. A supportive media access program will need careful pretesting long before the journey starts.

Building On How We Already Use Media

Media can do much more. People turn to media for mood management, either when they feel down or want to relax. The distraction caused by media is usually seen as negative for people trying to avoid overeating, but if food is bland and monotonous, that might be a good thing.

There are dangers, too. Media can distract from necessary tasks, affect sleep or lead to addiction-like behaviors. News from Earth or exposure to social media could induce fear and anxiety for loved ones.

There is, finally, a more mundane but perhaps also more fundamental reason to incorporate media into the daily lives of future Mars travelers. They will be drawn from a generation that grew up immersed in and surrounded by media access and content. Recreating a reasonable facsimile of that environment may go a long way toward making astronauts feel a little bit more at home out there.

Read This Next
Hall Effect
Test Suggests Ion Thrusters Could Power Crewed Interplanetary Missions
Fighting Words
Retired NASA Astronaut Scott Kelly Dishes on Ukraine, Russia, and Moon Mission
Rolling Coal
Space Travel Will Absolutely Gut the Environment, Scientists Warn
Brands We Love
‘Spaceteam’ Turns the Horrors of Deep Space Travel Into a Fun Card Game
Space Danger
Alarming Research: Zero Gravity Makes Astronauts' Brains Age Faster
More on Off World
Exoplanet Dance
Yesterday on the byte
Scientist Releases Amazing Video of Exoplanets Orbiting Distant Star
Space Junk News
Yesterday on the byte
Two Large Chunks of Space Debris Just Almost Collided in an Epic Disaster
Mars Drop
Yesterday on the byte
NASA's Mars Rover Perseverance Just Dropped Off Its Last Sample
READ MORE STORIES ABOUT / Off World
Keep up.
Subscribe to our daily newsletter to keep in touch with the subjects shaping our future.
+Social+Newsletter
TopicsAbout UsContact Us
Copyright ©, Camden Media Inc All Rights Reserved. See our User Agreement, Privacy Policy and Data Use Policy. The material on this site may not be reproduced, distributed, transmitted, cached or otherwise used, except with prior written permission of Futurism. Articles may contain affiliate links which enable us to share in the revenue of any purchases made.
Fonts by Typekit and Monotype.