An environmental group has claimed responsibility. 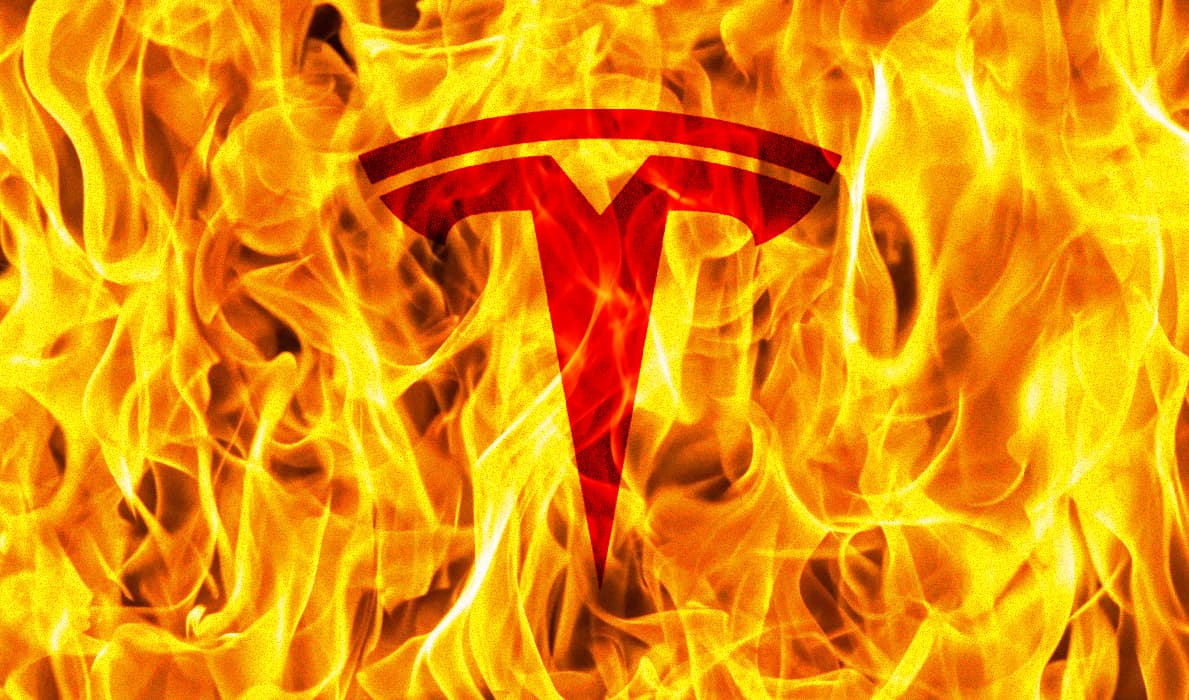 A fire broke out overnight at a construction site of Tesla’s Gigafcatory in Germany this week. Police are now investigating whether the fire had a political motive after far-left activists claimed responsibility, Reuters reports.

It’s yet another sign that Tesla has a lot of hearts to still win over if it wants to establish itself in the German automotive market — and get along with its new neighbors in the long run.

A spokesperson for Germany’s state police or Landeskriminalamt (LKA) said that arson has not been ruled out. A letter circulating on Wednesday, penned by an unidentified environmentalist group, claimed it had cut the power supply to the Tesla site by setting the power cables on fire.

“Tesla is neither green, ecological nor social,” the letter read, according to the spokesperson. “Our fire stands against the lie of the green car.”

It’s also possible, of course, that the group claiming to start the fire actually had no involvement and just wants publicity.

The construction of Tesla’s first Gigafactory in Europe has been mired in court cases and has been heavily criticized locally. Residents raised 406 objections to the construction of the gigantic factory in September, according to an announcement by the Ministry of Agriculture, Environment and Climate Protection (MLUK) of Brandenburg, Germany.

In January of last year, local residents also took to the streets to protest the construction, citing the facility’s massive water consumption and emissions.

The construction has hit several snags since it began in February 2020. Local German water utility pulled the plug on Tesla after the company failed to pay its bills, the Associated Press reported in October, though water was restored the next day once the bills were paid.

A German court also ruled back in December that Tesla cannot raze as much of the nearby forest as it’d planned to since the forest is home to a protected species of sand lizard that’s already hibernating.

These hiccups have only served to upset Tesla CEO Elon Musk. The billionaire has repeatedly decried the significant red tape involved in getting his factory in Germany built.

“It’s hard to predict with precision cause you can only make the cars when all of the pieces are here,” Musk said during a visit earlier this month, as quoted by Reuters. “It looks like we’re able to start production end of this year.”

“I think there could be less bureaucracy, that would be better,” Musk told reporters. “There should be some kind of active process for removal of rules. Otherwise, over time, the rules will just accumulate and you get more and more rules until eventually you can’t do anything.”

According to a report by local news station rbb24, the fire won’t delay the construction in any way.

Read This Next
Stonk Broke
Twitter Bots Love Tesla. Elon Musk Is Pledging to Destroy Them
What Did He Do?
Tesla Fires Employee Who Posted Shocking YouTube Videos About Its Full Self-Driving Beta
Self-Delusion
Experts Alarmed by Videos of Tesla Full Self-Driving Totally Screwing Up
Self-Driving Recall
Tesla Says It’s Updating Self-Driving Cars to No Longer Break the Law
Freedumb
Elon Musk Goes on Paranoid Rant About Vaccines
More on Advanced Transport
Crashed
May 19 on the byte
Tesla Autopilot May Have Been Involved in Fatal Crash That Killed Three
Bluetooth Hack
May 17 on the byte
Hacker Shows Off Cool Trick for Stealing Teslas
Silly Satellite
May 15 on the byte
Russia Totally Screws Up Space Launch
READ MORE STORIES ABOUT / Advanced Transport
Keep up.
Subscribe to our daily newsletter to keep in touch with the subjects shaping our future.
+Social+Newsletter
TopicsAbout UsContact Us
Copyright ©, Camden Media Inc All Rights Reserved. See our User Agreement, Privacy Policy and Data Use Policy. The material on this site may not be reproduced, distributed, transmitted, cached or otherwise used, except with prior written permission of Futurism. Fonts by Typekit and Monotype.