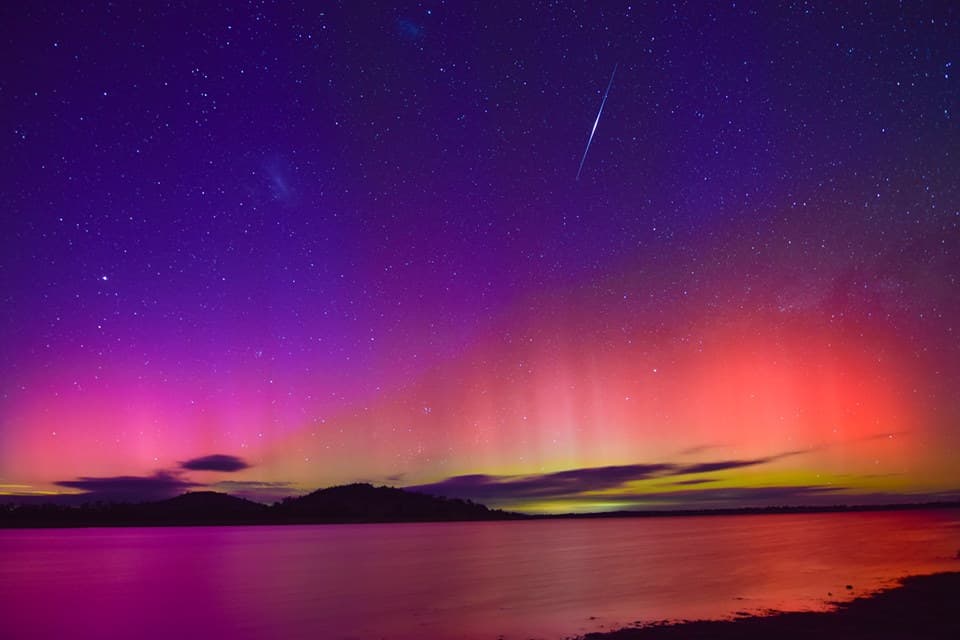 The night sky is painted in vivid shades of pink, purple and blue in this spectacular image submitted to us by Noni Hyett.

Taken from the Cairn Curran Reservoir near Bendigo, Victoria (Australia), the water resting within the Loddon River below mirrors the sky, displaying colors characteristic of aurorae, or aurora borealis (more commonly known as the northern lights).

Of course, the northern lights, which manifest at high-latitude regions around Earth's magnetic poles, aren't visible in the southern hemisphere. Instead, aurorae Australis (or "southern lights") appear in Australia.

Also included in the upper right is an iridium (or "satellite") flare—you can think of them as quasi comets of some sorts. They occur when sunlight hits reflective surfaces—like a space-based satellite or solar panel—at certain angles. If you catch it at just the right time, one of these flares can be extraordinarily bright (and very beautiful on film).