Where And How To See Amazing Night Sky Flares 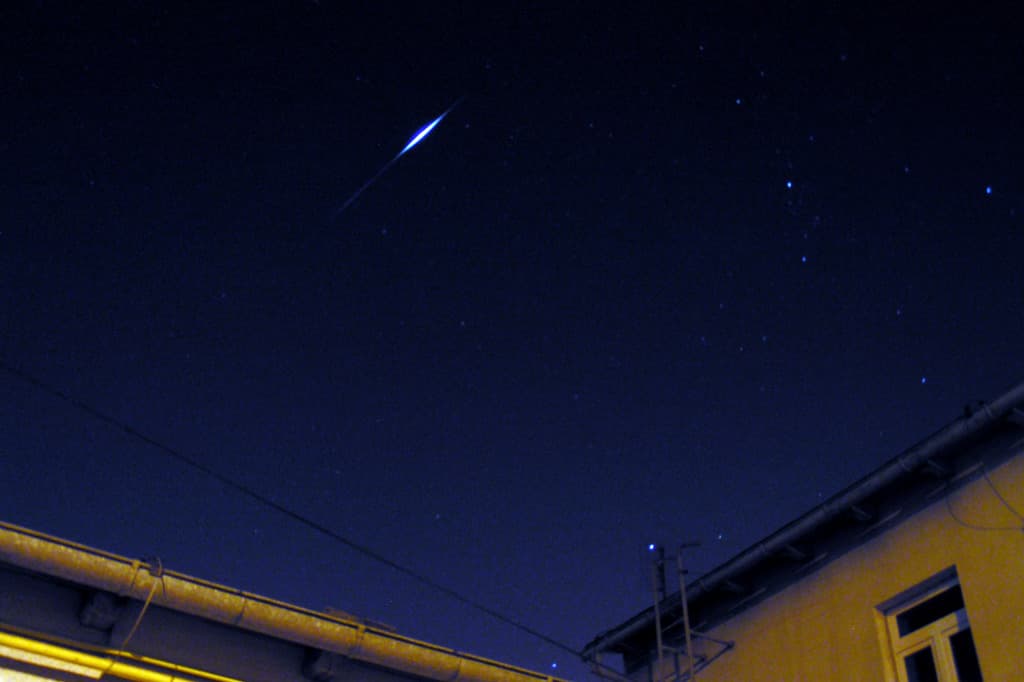 Night sky is a beautiful combination of darkness and light. Most of the light emitting objects that can be seen with the naked eye are stars. The rest consist of the Moon, planets, meteors, and z few man-made objects (like planes or helicopters). But, if you’re lucky enough (or use special websites to gain knowledge about flight trajectory) you can also see the International Space Station, Earth’s artificial satellites, or even the Hubble Space Telescope! The list is long, but there is one more thing that is definitely worth mentioning – Iridium satellites flares.

Iridium is an American company which operates the Iridium satellite system. This network is used worldwide for communication via voice or data exchange. The system consists of 66 active satellites deployed on six Earth orbits, about 780 km above the ground. The name “Iridium” comes from chemical element with the same name – it’s because the system was planned at the beginning to consist of 77 satellites. The Iridium satellites make one full cycle around the Earth in approximately 1 hour and 40 minutes, so they encircle our planet over 14 times a day. This frequency, connected with some extraordinary feature, makes them good candidate to search on the night sky.

Mysterious flashes in the sky:

A flare is a flash on the sky caused by reflection of the Sun’s beams from the satellite’s elements, in case of Iridium satellites – the antennas. Each of the Iridium satellites have three big antennas, which reflects Sun’s light almost without any losses. As their range of flight covers all the globe, you can see a flare on every place on Earth. If it happens that the reflection of the Sun’s light is wandering nearby your localization, you will be a witness of strong flash on the night’s sky. You just have to know when to look.

How to see a flare?

The Iridium flare can be seen few times a day, but it’s not always visible, and will not always put on such a great show. First of all, some of the flashes occur during the daytime, when the Sun’s light is the strongest source of light and outshines nearly every other thing – so you cannot see the flare the same way you cannot see the stars. The second problem lies in the localizations – the more far away you are from the place where the reflection occurs, the less visible it is. Sometimes the flare is barely visible and looks no different than a distant star. But sometimes, usually two or three times a week, you can spot a very bright flash lasting for up to 10 seconds! This situation happens when you are in the nearby the reflection, and it is definitely worth seeing, even if it requires waking up in the middle of the night.

To gain knowledge about best time of seeing Iridium flare you can use the Heavens-Above website, which can be found HERE. Make sure to determine your viewing localization as precise as possible, because even a mistake of few hundred meters can change the observable flare brightness. After that, find nice flare near your location (the main rule to follow: the smaller the magnitude, the brighter the flash is), check the sky map to know where it will be going, check the time, and enjoy the show!

You can also use a special application called “ISS Detector”, which can be downloaded on mobile device. This program shows exactly the next Iridium flare (and ISS, if you’re interested) that will go nearby your location with all necessary data, like the exact hour of flash and direction of flight. You can also check out Orbitron, the Satellite Tracking System program, designed for personal computers.

Have fun and good luck at hunting flares – maybe soon you’ll see one like this on the picture below!

This was written by Mateusz Radziwonowicz