Let Mini Museum bring a small piece of history right to your home. 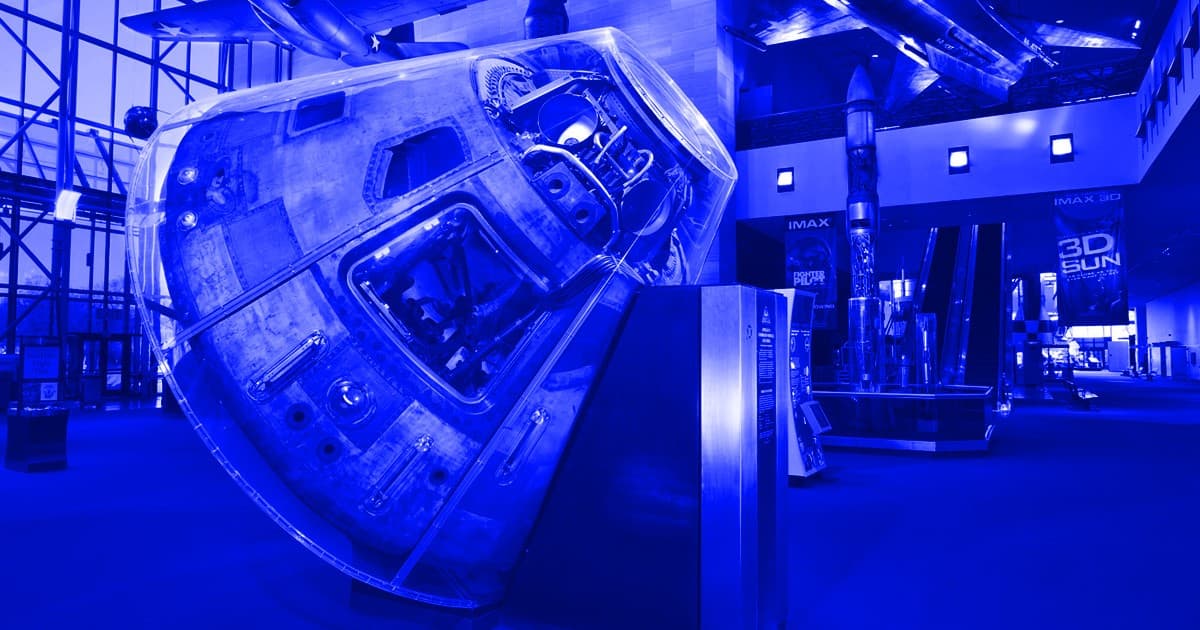 Given the current state of the world, you probably won’t be stepping foot inside an actual museum any time soon. However, that does not mean you can’t immerse yourself in cultural, scientific, and historical artifacts. In fact, now is actually the perfect time to create your very own private museum in the comfort and safety of your own home, because it’s not nearly as expensive or difficult as you might think. The folks at Mini Museum have been helping regular everyday people build tiny private collections since 2014. And right now they are offering one of the coolest science and technology artifacts you’ll ever get your hands on—namely, a piece of kapton foil from the command module of NASA’s Apollo 13 mission.

Mini Museum was launched via Kickstarter back in 2014. At first the only products they sold were their titular Mini Museums, which are beautifully curated collections of rare miniature specimens and artifacts spanning eons. These collections include things like extraterrestrial amino acids, dinosaur bones, moon dust, Viking axes, Egyptian mummy beads, and pieces of the White House, just to name a few of their amazing specimens. However, these days Mini Museum also caters to collectors with more specific interests by selling individual specimens. And if you’re a space buff, you’re not going to want to miss this one

“Houston, We Have A Problem”

Technically the Apollo 13 mission was a failure. However, over the years it has come to be recognized as one of the greatest rescue missions of all time, a symbol of courage and resilience, and reminder that the impossible can become possible with rigorous devotion to science and engineering.

Launched on April 11, 1970, Apollo 13 was supposed to be the third mission to land human beings on the moon. However, roughly 56 hours into the mission, an electrical short caused an oxygen tank to explode, transforming a voyage of discovery into a struggle for survival 200,000 miles from Earth.

The situation facing astronauts Jim Lovell, Jack Swigert, and Fred Haise was incredibly dire. The explosion didn’t just leave Command Module Odyssey short on oxygen. It depleted its power supply as well, leaving just 15 minutes of a battery power that had to be saved for re-entry. As a result, all three astronauts had to spend the entire three-day journey back to earth in the Lunar Module, which was only designed to support two people for 45 hours. Working together with NASA’s team of scientists and engineers back on earth—all of them using computers with 1/100,000th the computing power of the phone in your hand or pocket right now—Lovell, Swigert, and Haise improvised ingenious solutions to a host of mechanical problems, keeping themselves alive, against all odds, until they splashed down safely in the Paciic Ocean on April 17, 1970.

Now, thanks to Mini Museum, you can own a piece of the historic Apollo 13 mission.

This specimen is a fragment of mission-flown kapton foil, which provided thermal protection for the Apollo 13 Command Module. Each specimen measures approximately 1mm x 1mm. They come enclosed in an acrylic cube with a magnified lid, and the acrylic cube is housed inside an attractive glass-top riker box display case. Inside the display case is an information card with images from Apollo 13, details about the mission, and a certificate of authenticity.

The mission-flown kapton foil used to make these specimens comes from the personal collection of retired NASA engineer William R. Whipkey, who oversaw the decommissioning of the Command Modules from multiple Apollo missions. It was acquired by Mini Museum at auction.

Because of the high demand for this incredibly cool piece of history, Mini Museum is limiting sales to just two per customer. If you want to add a piece of Apollo 13 to your personal museum, you definitely do not want to wait. Supplies will not last long. Click here to order yours today.