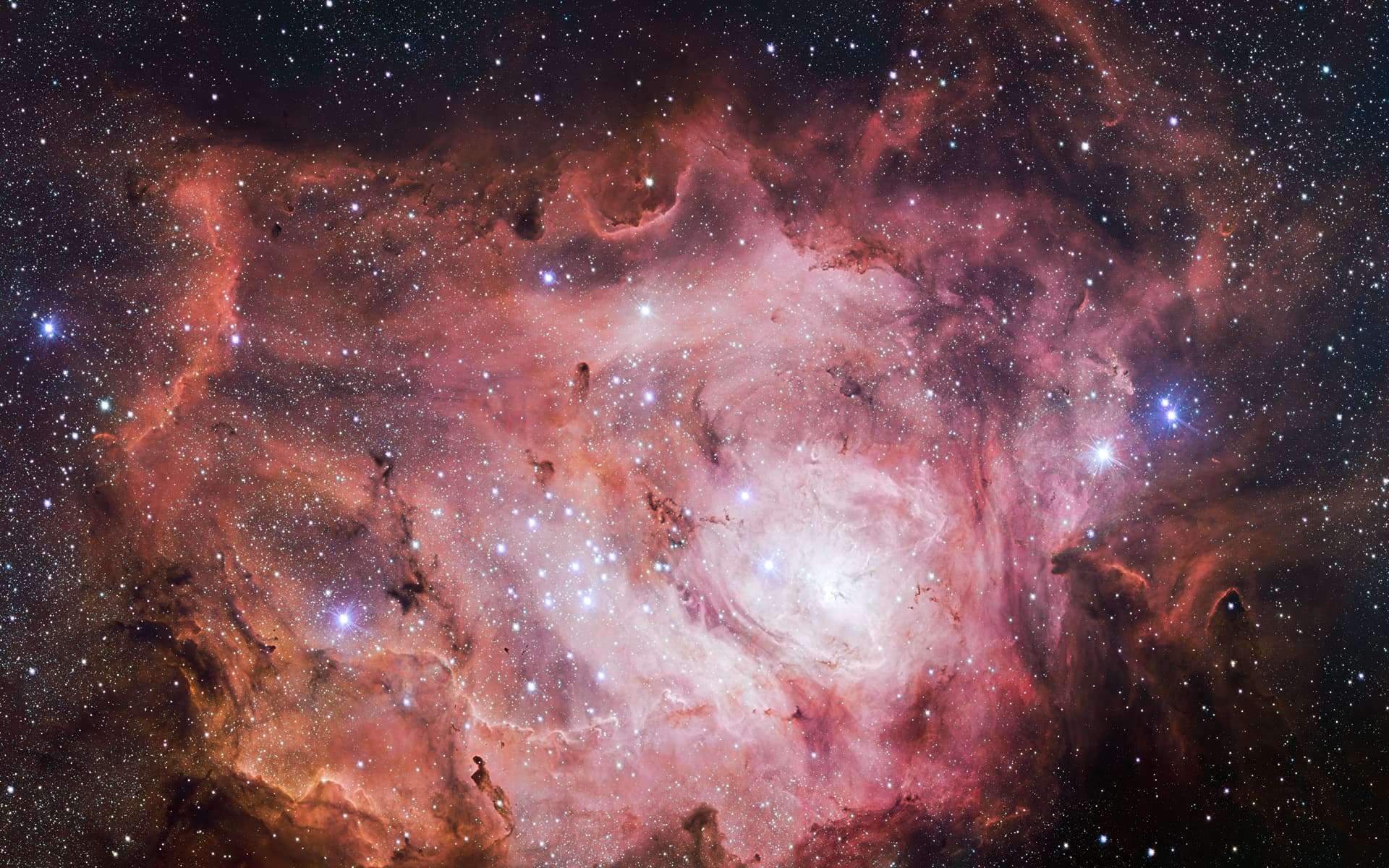 You are looking at an image that was released mere seconds ago, showing the famous Lagoon nebula in unprecedented detail. The region itself, which is situated some 5,000 light-years from Earth in the Sagittarius constellation, is home many massive, blue-white stars that give life to the nebula. The nebula also gives life to the stars buried inside of it. (There's certainly a nice symmetry to that, don't you think?)  The stars are born thanks to the onsite abundance of the raw materials needed for star-formation. And as the young stars emerge from their stellar cocoons, they erode large holes in the material around them -- while providing the juice that powers the ionization process (the mechanism that causes the gas to glow).

As for the image, it was captured by the ESO'S 'Very Large Survey Telescope' (VST).  In a twist of fate, this image is an image that almost didn't happen, as the VST didn't initially set out to take it. Instead, it was done inadvertently. As a part of a survey that hopes to shed light on some of the most compelling astronomical mysteries of modern times, the VST was directed to a large patch of sky in the Sagittarius spiral arm of our Galaxy. This arm is home to several other noteworthy objects, which include the Eagle nebula, the Carina nebula and the Trifid nebula (it just so happens to be the closest neighbor of the Lagoon nebula). While the VST was working to map out that particular star-filled blotch in the sky, it managed to produce the most detailed look at the nebula yet. It's certainly not an image anyone is soon to forget.

Overall, this fantastical nebula extends more than 100 light-years across, which makes it well and truly one of the most massive starforming regions in our galaxy.

You MUST visit the ESO's press release. Not only can you download a high-resolution version for your screensaver (the image is 16 000-pixels-wide), but you can zoom in on every facet of the image. You can read more about VPHAS+ here.