Astronomy Picture of the Day: 10/26/13 — Wide-field View of the Carina Nebula 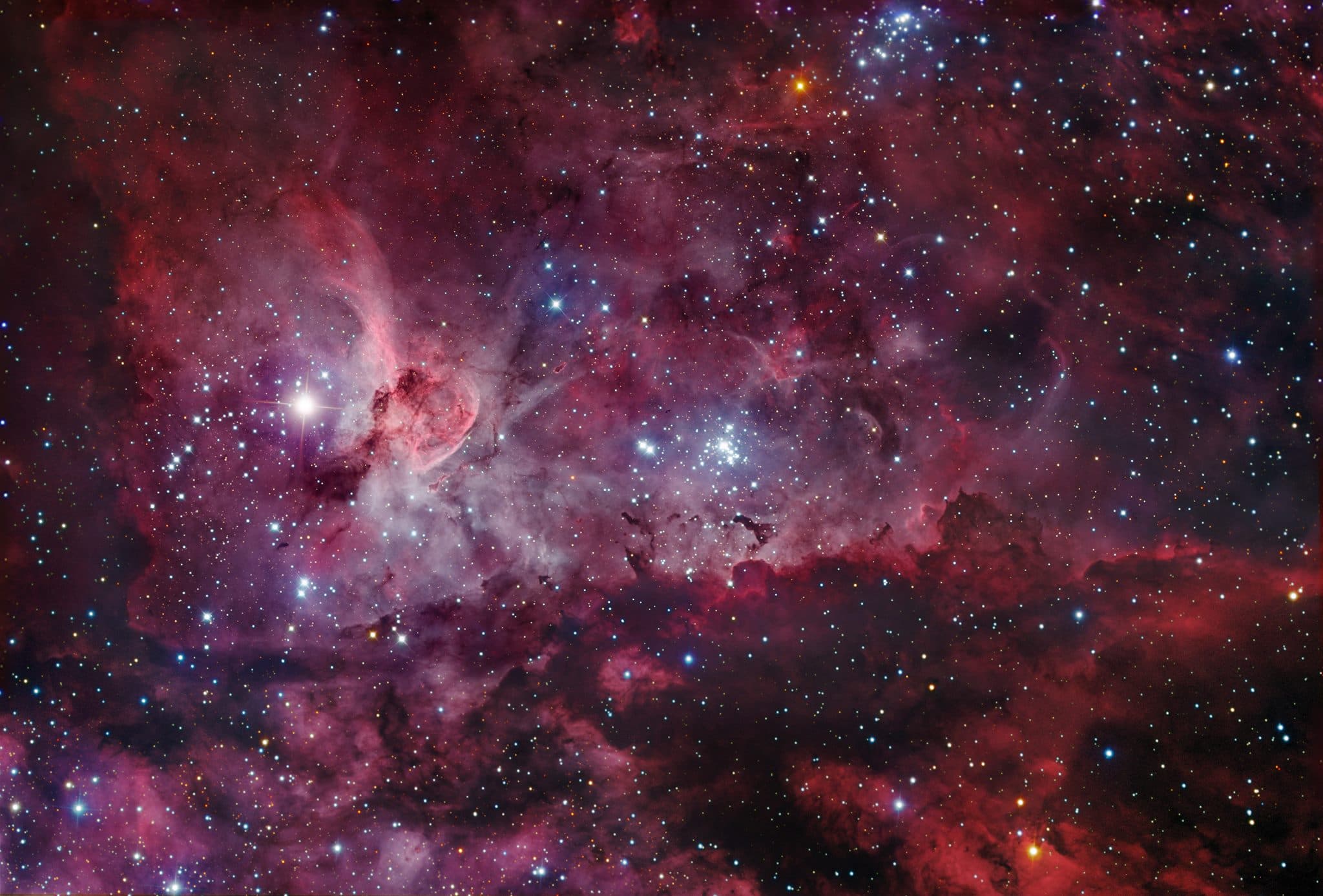 The Orion Molecular Cloud might be the most well known star forming region in the Milky Way Galaxy, but it isn't the largest, or even (arguably) the most beautiful. That accolade goes to the Great Carina nebula, which is located some 7,500 light-years from Earth in the southern direction of the Carina constellation.

Also seen in this celestial region are several noteworthy nebulae, which include the Keyhole nebula, the Homunculus nebula and Mystic Mountain. Also within the confines of the nebula are about 14,000 stars—many among them are considered high-mass. The most notable of which, is Eta Carinae (the bright star at left, located near the keyhole nebula), which contains the mass of one hundred Suns. In the near future, the star will go supernova, further enriching the area with the raw material for star formation.

The nebula itself is more than four times larger than the Orion nebula and  exponentially brighter. Part of the reason that Carina nebula is generally lesser known, at least next to Orion, is because of its distance from Earth.