They say they have evidence. Let's see it. 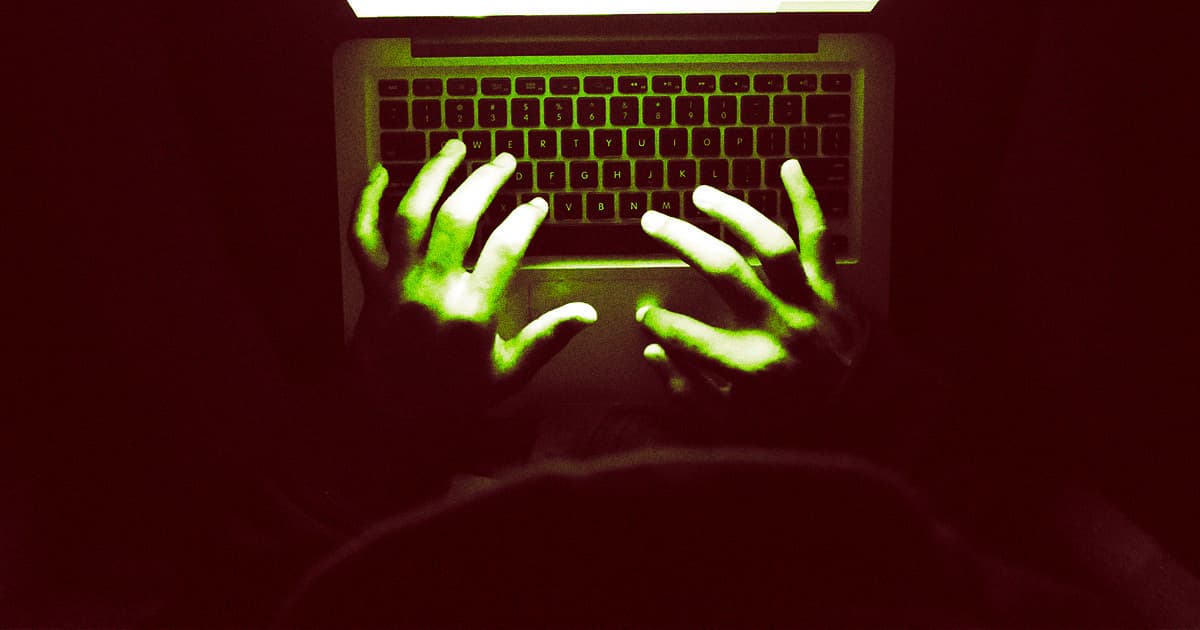 The amorphous hacktivist group Anonymous appears to be back at it again — and this time, they're claiming that the Bored Ape Yacht Club is smuggling the worst kind of ideologies into broad daylight.

In a nearly nine-minute video released this week, the hacker collective accused Yuga Labs, the organization behind the BAYC non-fungible token (NFT) project, of hiding "esoteric" Nazi, white supremacist, and even pedophilic symbolism in its sought-after art.

Beyond echoing the Nazi symbolism allegations that first appeared about the project earlier this year, Anonymous claims to have proof "beyond a shadow of a doubt" that Yuga Labs intentionally put secret Nazi imagery in its NFTs. The evidence, according to the video, is gleaned from intensive research and interviews with purportedly key figures, though the collective did not share any of that information in the video.

Anonymous claims that this video will be the first communiqué in a campaign bent on taking down the BAYC, which it says will include a "pitch deck" for investors. The group also challenged Yuga Labs to a debate with a location and moderator of the latter's choosing.

The allegations, which the Yuga Labs founders have strenuously denied, appear to have been originated with shock jock digital artist Ryder Ripps, who in January published a Geocities-esque website claiming to outline the many ways in which BAYC uses thinly-veiled Nazi symbolism in its AI-generated NFT art.

Indeed, in the Anonymous video, Ripps' name can be seen flashed across the screen at one point in an apparent reference to Yuga Labs' copyright infringement lawsuit against the artist — onetime Azealia Banks fiancé — over his apparently-satirical copycat NFT collection.

While Ripps' allegations are indeed shocking, they're also entirely circumstantial and based on visual similarities, albeit eyebrow-raising ones.

Perhaps the most jarring similarity is between the BAYC logo and the Nazi Totenkopf emblem. As Ripps pointed out, the ape skull in the BAYC even had exactly 18 teeth, echoing the Totenkopf in a known numerical reference to Nazism. Here's Ripps' illustration of the similarities:

While it's unsettling to consider that an extremely popular digital art line would contain veiled references to either of these ideologies or practices, Ripps' and Anonymous' claims still seem awfully hazy. And while BAYC people can be pretty cringe, any suggestion that the tokens' value is linked to a perceived link to Nazism seems fairly farfetched.

Until Anonymous or Ripps comes forward with direct evidence, we're just going to have to go on their word — and for allegations as serious as these, that doesn't seem quite good enough. They say have the proof, so let's see it.

More on NFTs: Person Furious That Someone Right Click Saved Their Precious NFT

Read This Next
nvm
NFT Marketplaces Say Oops, Paying Royalties to Artists Is Optional Now
New Kid on the Block
The Latest Idea to Make People Actually Buy NFTs: Throw in a House
Rug Pull
CNN In Hot Water With Investors After Canceling Its Weird NFT Project
Human Furniture
Crypto Guy: Desperately Poor People Could Be NPCs in Video Games
Estate Sale
David Bowie's Estate Pulls Down NFT Announcement After Backlash
More on Blocknik
Rest in Punks
Yesterday on the byte
The Ultimate Sign That NFTs Are Uncool: Museums Are Now Embracing Them
Meet Me at The Cr...
Yesterday on the byte
Glitzy Crypto Award Show Gets Weird When Host Keeps Roasting Guests For Dismal Failure
Last Gasp
Friday on the byte
Europe's Central Bank Warns That Bitcoin Is on Its "Last Gasp"
READ MORE STORIES ABOUT / Blocknik
Keep up.
Subscribe to our daily newsletter to keep in touch with the subjects shaping our future.
+Social+Newsletter
TopicsAbout UsContact Us
Copyright ©, Camden Media Inc All Rights Reserved. See our User Agreement, Privacy Policy and Data Use Policy. The material on this site may not be reproduced, distributed, transmitted, cached or otherwise used, except with prior written permission of Futurism. Articles may contain affiliate links which enable us to share in the revenue of any purchases made.
Fonts by Typekit and Monotype.