"That’s waiting to turn this van into my casket." 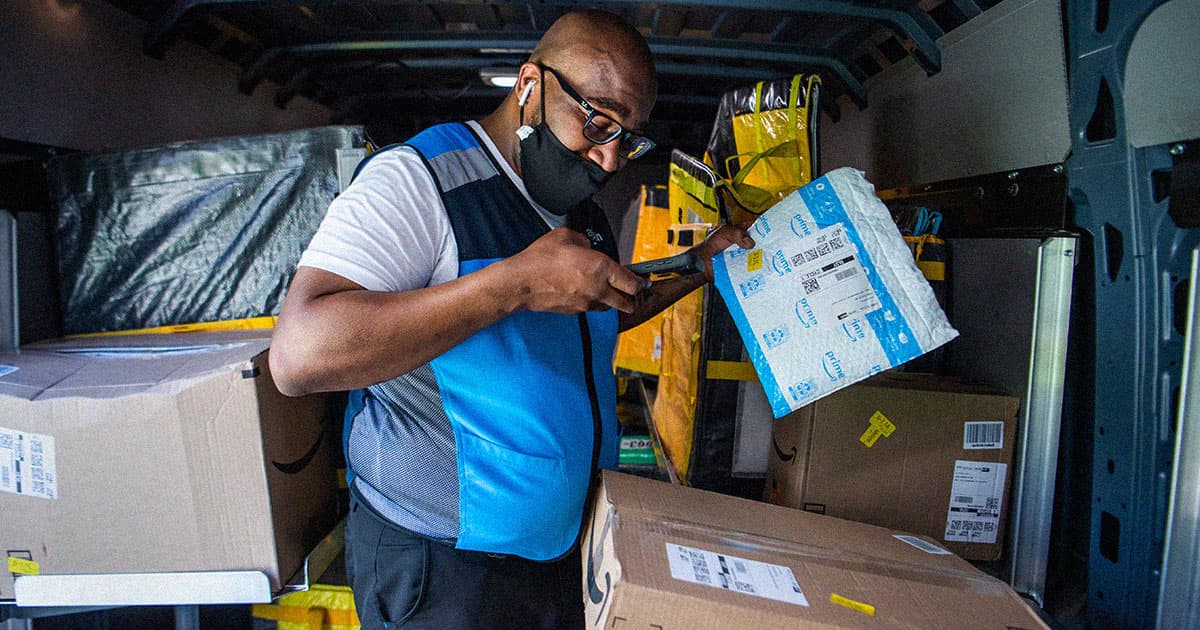 Reports about Amazon's sluggish response to the deadly tornado that collapsed one of its facilities in Illinois just keeps getting worse and worse.

The latest comes in the form of a text message exchange between an Amazon driver and her manager. The messages, which were seen and verified by Bloomberg, showcase the confusion and chaos during the weekend’s disaster.

"Tornado alarms are going off over here," the driver texted.

"Just keep delivering for now," the manager replied. "We have to wait for word from Amazon if we need to bring people back, the decision is ultimately up to them."

In less than an hour, the deadly weather began to escalate. The manager told the driver to "shelter in the place for now."

However, the driver requested to head back to the facility instead.

"Having alarms going off next to me and nothing but locked buildings around me isn’t sheltering in place," she texted. "That’s waiting to turn this van into my casket."

The manager remained resistant to the idea, saying that the safest practice for the driver was to stay where they were. They added that if she returned with their packages, it would be viewed as "refusing your route" and would result in the driver "not having a job come tomorrow morning."

"I’m literally stuck in this damn van without a safe place to go with a tornado on the ground," the driver texted back.

The manager later told the driver that weather conditions were so bad at the facility that the wind had ripped a door off. Eventually, the tornado destroyed part of the facility and resulted in the deaths of six Amazon workers.

"This dispatcher should have immediately directed the driver to seek shelter when the driver reported hearing tornado sirens," an Amazon spokesperson told Bloomberg in a statement. "Under no circumstance should the dispatcher have threatened the driver’s employment, and we’re investigating the full details of this incident and will take any necessary action."

Ultimately, it’s an incredibly haunting exchange that effectively highlights the communication breakdowns that can occur during disasters like these — as well as the dangerous pressure that companies like Amazon put on their workers.

Read This Next
Company Town
Amazon Pays for High School Class About How to Be an Amazon Grunt
Phone It In
Amazon Under Fire for Workplace Cell Phone Ban After Deadly Warehouse Collapse
SpaceX:1 Blue Origin: 0
Federal Judge Shoots Down Blue Origin's Lawsuit Against NASA
Cover Your Ears Bernie
IRS Leak Shows Elon Musk Paid $0 in Federal Income Tax in 2018
RIP
Amazon Says Sad Workers Can Shut Themselves in "Despair Closet"
More on Future Society
Bird Crap
Feb 4 on the byte
It Looks Like Elon Musk Is Actually Building a Twitter Payment Platform
Balloon News
Feb 3 on futurism
China Says "Spy Balloon" Soaring Over America Is Completely Innocent
Down in Flames
Feb 1 on the byte
Elon Musk Apparently Thinks Twitter Is a "Flaming Dumpster Rolling Down the Street"
READ MORE STORIES ABOUT / Future Society
Keep up.
Subscribe to our daily newsletter to keep in touch with the subjects shaping our future.
+Social+Newsletter
TopicsAbout UsContact Us
Copyright ©, Camden Media Inc All Rights Reserved. See our User Agreement, Privacy Policy and Data Use Policy. The material on this site may not be reproduced, distributed, transmitted, cached or otherwise used, except with prior written permission of Futurism. Articles may contain affiliate links which enable us to share in the revenue of any purchases made.
Fonts by Typekit and Monotype.