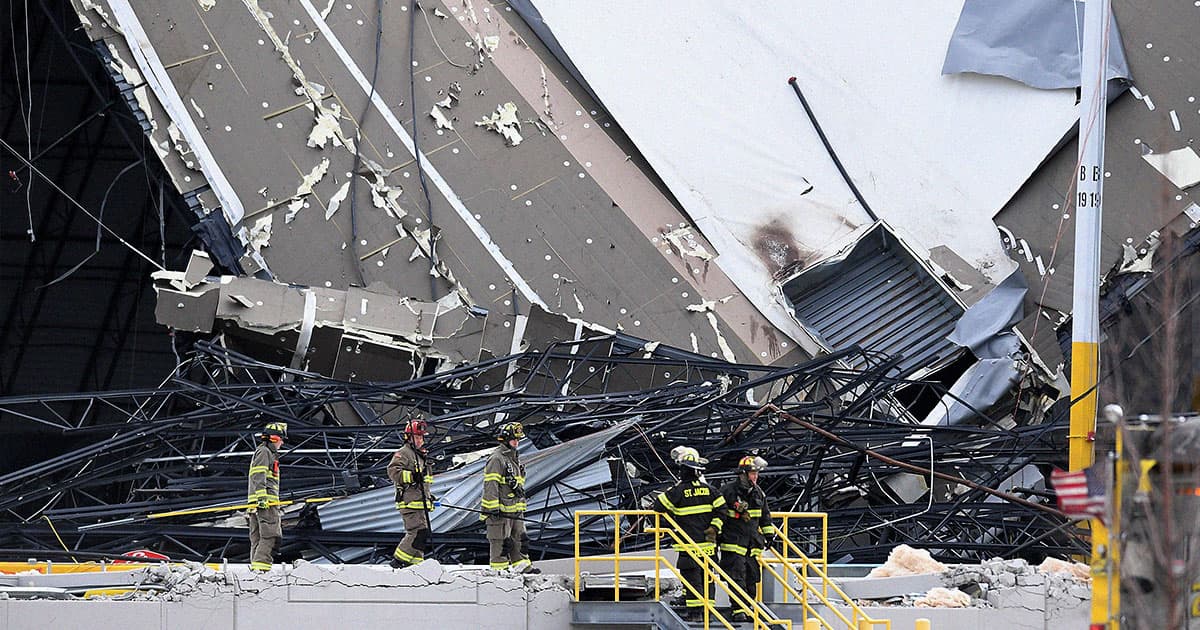 As more tragic details emerge from the deadly Amazon warehouse collapse, some employees are claiming that the company has refused to give workers time off during severe weather — and even that it failed to warn them as the weekend's tornado approached.

A new report from The Intercept found that warehouse managers at the company refused to grant time off to workers so they could stay home during inclement weather. The company also failed to instruct employees to stay home even after tornado warnings emerged.

Text messages that allegedly came from an Amazon worker who was killed in the warehouse collapse even suggested that the company wouldn’t let employees leave the facility during the storm.

Horrifying details are emerging about the tornado disaster at Amazon's warehouse in Illinois, where at least 6 workers were killed on the job.

Before he died, Larry Virden reportedly texted his girlfriend: "Amazon won’t let us leave." He leaves behind four children. pic.twitter.com/3ZRLik9VIs

Posts on the company’s internal message boards seen by The Intercept said that many Amazon facilities hadn’t run tornado or fire drills in years. Many employees also said they were unsure of what they would do if there was an emergency.

The company’s corporate office also failed to alert employees of the tornado last Friday, according to the site's reporting.

"Nobody knew what was happening," an anonymous employee told the outlet. "More and more people joined in on the tickets to troubleshoot the issues only to find out from the media that the building was hit by a tornado."

Another employee added that the situation was "absolutely heartbreaking" and that "they had almost no warning."

If true, this is all just more evidence that Amazon values productivity at its facilities above all else, from exploitative labor practices and refusal to do the bare minimum to keep its workers safe — not that Bezos seems to care that much.

More on the deadly tornado: Tornadoes Like Kentucky’s May Be Getting Stronger Due to Climate Change, Scientists Say