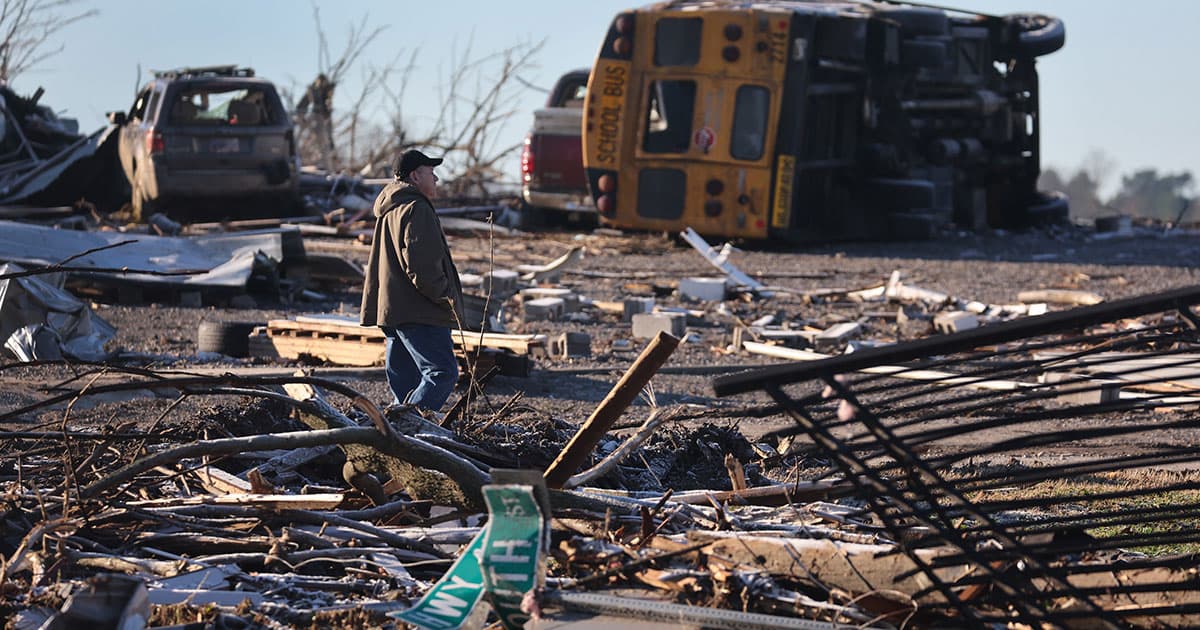 Hurricane-Like Storms That Raged in the Midwest Caused by Climate Change, FEMA Says

"This is going to be our new normal."

"This is going to be our new normal."

The storms generated almost 20 tornadoes across Iowa, Minnesota, and Nebraska, CNN reports. One twister that hit southeastern Minnesota was even the first ever reported in the state during December.

The National Weather Service also said that there had been 55 reports of winds stronger than 75 mph across the Midwest. That’s the most ever recorded in the US in a single day.

The extreme weather came just days after the deadly and powerful tornadoes that swept through Kentucky and Southern Illinois, causing close to 100 deaths and even resulting in the deadly collapse of an Amazon warehouse.

Of course, all of this is notable for a few reasons. For one, tornadoes are incredibly uncommon in the winter months due to the normal lack of warm weather that helps form them. However, as we continue to see the effects of anthropogenic climate change, that’s beginning to shift.

“This is going to be our new normal,” FEMA chief Deanne Criswell told CNN. “The effects we are seeing of climate change are the crisis of our generation.”

All told, it’s a part of a worrying and rising trend: extreme weather is going to get worse — and it won’t go away anytime soon.

READ MORE: More than 500K have no power across the central US after storms delivered a record spate of hurricane-force gusts [CNN]

More on extreme weather: Tornadoes Like Kentucky’s May Be Getting Stronger Due to Climate Change, Scientists Say