The New President of Ukraine Only Campaigned Online

He never once appeared in person for interviews, rallies, or speeches — but he was big on YouTube and Instagram. 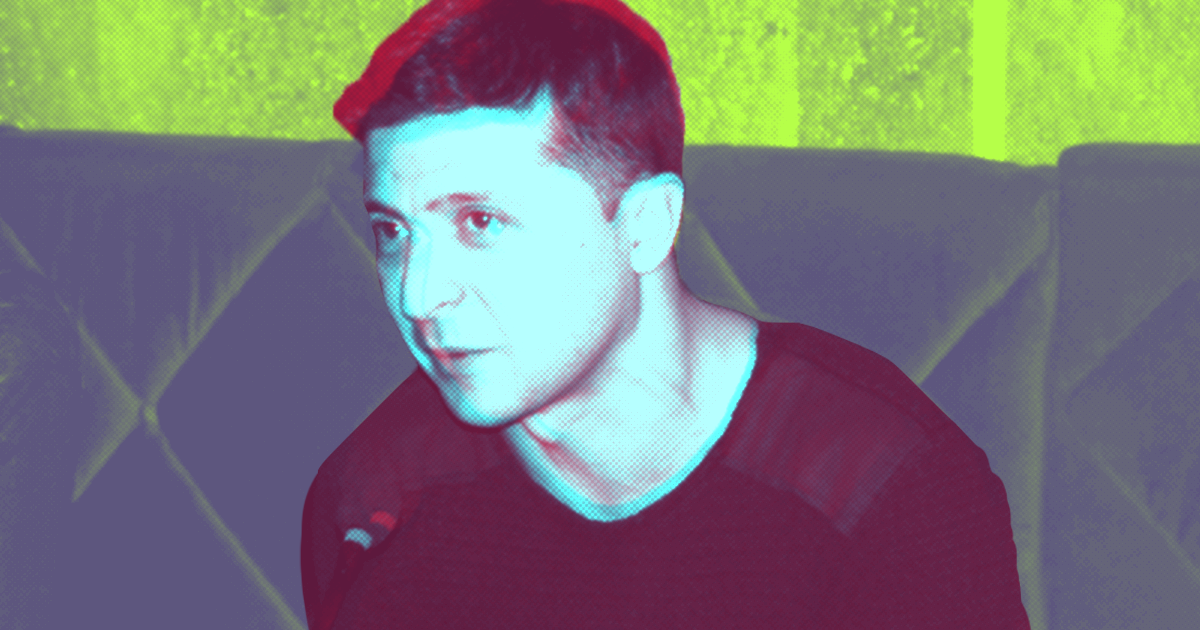 Ukraine's current president is a former Parliament member who once served as the nation's head of foreign policy, economic development, and trade.

The man the Eastern European nation just elected by a landslide to succeed him once played a president on a TV show.

Zelenskiy also conducted what was essentially the world's first successful virtual presidential campaign, never once appearing in person for interviews, rallies, or speeches — a strange and troubling new example of politics in the internet era.

During his four-month campaign, Zelenskiy addressed voters only through short YouTube videos, Instagram posts, and TV appearances, according to an in-depth analysis published by Politico on Wednesday. He didn't debate his opponent until the day prior to the election, and never faced any substantial scrutiny from the press.

In fact, based on Politico's reporting, the campaign didn't seem to affect Ukraine's president-elect much at all — he continued to produce episodes of his television show, tour with his comedy troupe, and perform in variety shows.

Voters not only didn't get a chance to see Zelenskiy campaigning in the flesh, they also never found out what exactly he planned to do if he was elected president — his entire platform seemed to be based on not doing whatever citizens didn't like about the current state of affairs.

Of course, it's hard to talk about Ukraine and not at least mention its neighbor Russia, which currently occupies the Crimean Peninsula as well as other parts of the nation.

Ukraine's lame-duck president, Petro Poroshenko, ruled on a decidedly anti-Russian platform, backing sanctions against it and supporting restrictions on trade and social contact with Russians, so it's hard to imagine Russia isn't at least somewhat pleased to see him replaced by a popular political outsider, one who might not pose as much of a threat to its ambitions.

And that, of course, begs the question of just how much influence, if any, Russia had on Zelenskiy's ascent from television regular to leader of one of the world's most politically turbulent democracies.

After all, it wouldn't be the first time Russia allegedly helped a TV personality launch his political career — and Zelenskiy didn't have to do much more than smile for the webcam to make it happen.

More on Russia: The Mueller Report Confirms We’re Living in a Cyberpunk Dystopia

Read This Next
Burning Bridges
Elon Musk Says He Can't Give Free Starlink to Ukraine Anymore After Officials There Were Mean to Him
Read the Room
Elon Musk Fans Horrified as He Suggests Ukraine Give in to Putin's Demands
Finger Pointing
Russia Warns That Nuclear Plant It Captured May Leak Waste Over Europe
Sobering News
Ukrainian Hackers Allegedly Cut Off Russian Soldiers' Beloved Vodka Supply
Hell on Earth
Internet Aghast at AI Facial Recognition Used to Identify Dead Russian Soldiers
More on Future Society
Musk Rats
4:54 PM on the byte
Twitter Is Quietly Re-Suspending the Lunatics Elon Musk Let Back On
Going Wireless
Yesterday on futurism
Hackers Took Over a Subdomain of Wired.com for Several Months and Replaced It With Sleazy Online Casino Content
Spreadsheet Guy
Tuesday on the byte
Sam Bankman-Fried Posts Excel Docs That He Says Shows Nothing Was His Fault
READ MORE STORIES ABOUT / Future Society
Keep up.
Subscribe to our daily newsletter to keep in touch with the subjects shaping our future.
+Social+Newsletter
TopicsAbout UsContact Us
Copyright ©, Camden Media Inc All Rights Reserved. See our User Agreement, Privacy Policy and Data Use Policy. The material on this site may not be reproduced, distributed, transmitted, cached or otherwise used, except with prior written permission of Futurism. Articles may contain affiliate links which enable us to share in the revenue of any purchases made.
Fonts by Typekit and Monotype.