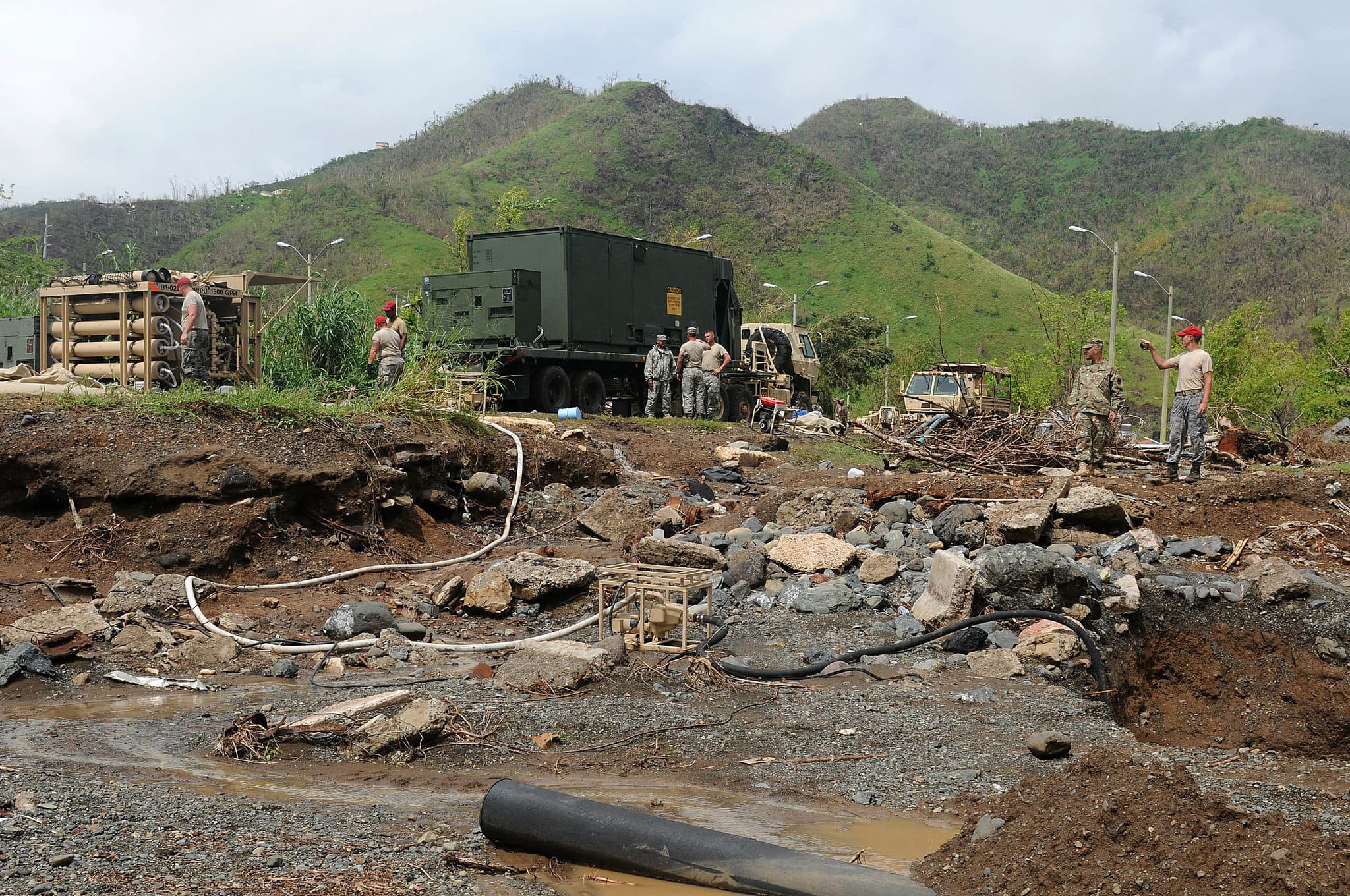 The effort to restore Puerto Rico's power infrastructure is underway. Last week, a small firm from Montana was awarded the recovery effort's largest contract to date. Whitefish Energy signed a $300 million contract with the Puerto Rico Electric Power Authority (PREPA) to restore the island's electrical grid after it was devastated by Hurricane Maria last month. Prior to the Puerto Rico power contract, the firm only employed two people.

As of Monday, Whitefish said that it now has 280 workers across Puerto Rico and continues to grow at a rate of ten to twenty people per day.

The move to hire a contractor, let alone one as small as Whitefish, has raised some eyebrows, especially since PREPA has decided to initiate the contract as opposed to activating the "mutual aid" agreements from other utilities. Such agreements have helped other hurricane-ravaged regions, such as Texas and Florida, recover after the storms damaged important infrastructure.

Susan F. Tierney, a former senior official at the Energy Department is puzzled by the move. She told the Washington Post, "The fact that there are so many utilities with experience in this and a huge track record of helping each other out, it is at least odd why [the utility] would go to Whitefish. I’m scratching my head wondering how it all adds up."

There has been a lot of excitement over Tesla's potential involvement in restoring and upgrading Puerto Rico's energy grid with Tesla's renewable energy focused technology. Tesla CEO Elon Musk first offered to help rebuild on Twitter. The post went viral, and a meeting with the territory's governor was scheduled shortly thereafter.

In light of this new contract, many are wondering what will come of Tesla's involvement in the project. Puerto Rico’s Department of Economic Development and Commerce Secretary, Manuel Laboy, is said to still be in talks with Tesla to transform the island's power grid. Tesla's involvement in the recovery effort could be an important step in integrating clean energy projects into power systems, making the grid cleaner and less likely to add to hurricane-fueling climate change.

Tesla began aiding the recovery effort after the hurricane by sending Powerpack technology to help provide electricity to much-needed areas. While this certainly helped, it was never meant to be more than a quick band-aid solution. A report from the Governor's office shows that less than 25 percent of the island's power has been restored.

The island's energy infrastructure was crumbling well before the storm even hit. The storm ensured maximum damage was wrought on the system. According to Andy Techmanski, CEO of Whitefish, “It will take months, if not years, to repair the entire grid to full operational status.”

Read This Next
Fusion Futility
Elon Musk Slams Fusion, Says Future of Energy Is Wind and Solar
Mine! Mine!
Elon Musk Suggests Tesla Might Start Mining Lithium
World is on Fire
UN Calls Elon Musk's Bluff, Providing Detailed Plan to Prevent World Hunger
Bigger in Texas
Elon Musk, Who Moved to TX For Less Regulation, Is Furious That the Power Went Down
Piercing The Hype
If Graphene Batteries Do Everything Scientists Say, They Could Be a Gamechanger
More on Earth & Energy
Save Yourselves
Yesterday on the byte
Furious Marsupial So Thirsty For Sex That It’s Dying, Scientists Warn
Stem Ware
Feb 3 on the byte
Scientists Discover World's Oldest Preserved Vertebrate Brain
From Bad to Worse
Feb 2 on the byte
Global Warming Is Worse Than We Thought, AI Tells Scientists
READ MORE STORIES ABOUT / Earth & Energy
Keep up.
Subscribe to our daily newsletter to keep in touch with the subjects shaping our future.
+Social+Newsletter
TopicsAbout UsContact Us
Copyright ©, Camden Media Inc All Rights Reserved. See our User Agreement, Privacy Policy and Data Use Policy. The material on this site may not be reproduced, distributed, transmitted, cached or otherwise used, except with prior written permission of Futurism. Articles may contain affiliate links which enable us to share in the revenue of any purchases made.
Fonts by Typekit and Monotype.