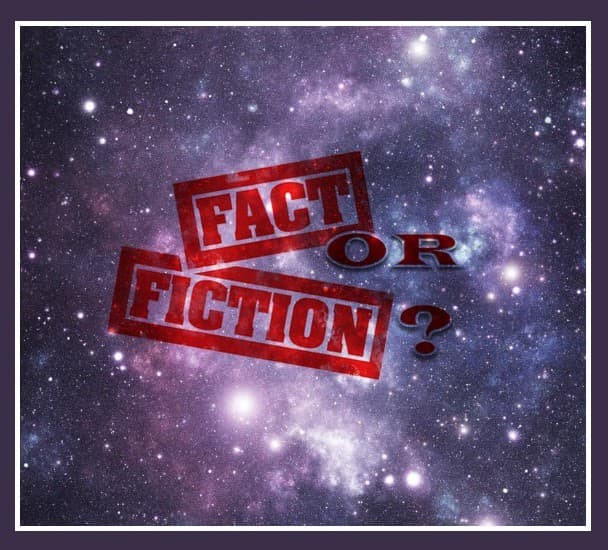 In the age of information, it's exceedingly common to see fact passed off as fiction – and fiction passed off as fact. You'd think merely having access to hundreds of years of information would be enough for people to be able to dispel myths and misconceptions easily, but that isn't always the case. (Let’s face it; the internet has made us lazy.)

With that said, running an educational service, we always try to clarify questionable information when we can. Believe me when I tell you, we see several of these points often. So, here is our list of 5 myths and misconceptions in space and physics.

5. The Great Wall of China Can Be Seen From Space:

This myth came to be long before the first satellites were put into space. (The Chinese government certainly did myth busters worldwide no favors, as they helped propagate the myth over hundreds of years, until it was finally put to bed in 2004.) Truthfully – on the surface – it makes sense. After all, the Great Wall of China stretches more than 223 miles (359 km) across. So, it stands to reason that it would be discernible from Low Earth Orbit (or on the ISS)

The truth of the matter was finally revealed by a Chinese cosmonaut – Yang Liwei – who discovered that while many man-made objects can be seen from space, the Great Wall of China certainly is not among them.

While the wall is quite long, it's also very thin (coming in at about 30 ft. [9.1m] wide at its widest part). Plus, it was built using the same material as the surrounding countryside. However, it can be seen with little fuss, assuming you have a decent camera.

4. The Size of the Universe Should Be Proportional to its Age:

How, you may ask? Well, the inflationary period that immediately followed the big bang resulted in the universe increasing in size exponentially. Although the period was short, it was still significant. We can even see the aftermath when looking at large scale structures on the outskirt of the observable universe.

But doesn't this violate relativity? You would think so, but no. As it turns out, relativity speaks of objects, not spacetime itself, which is essentially what we are dealing with here. Einstein would be pleased.

Dark energy is the mysterious force driving the accelerating expansion of the universe. Despite our having little insight into how the force functions, its effects are undeniable on a macroscale. The farther we look out into the cosmos, the faster galaxies are receding from one another. Using our own galaxy as a reference point, some of these galaxies ARE receding from us at speeds that exceed the universal speed limit.

Again, there is no cosmic quandary in this observation (although the actual mechanism of dark energy is certainly perplexing, whoever pins down the properties will definitely win a Nobel Prize for their contributions to modern cosmology) because the space between the galaxies is ballooning, giving off the appearance of a big F-U to Einstein.

As a consequence, in the future, most of the galaxies in our night sky will one day vanish – as they will be located too far away, traveling much too quickly – for their photons to ever make it all the way back here to Earth.

This is partly true, but one thing several people seem to forget is that the Higgs – the last missing link of the standard model of particle physics – Is merely a patsy. The true culprit is a corresponding field, which permeates the universe – the Higgs field.

In this scenario, the Higgs field – and its corresponding boson – interacts with elementary particles; which are subsequently bogged down, giving them mass. Different types of particles interact with the field in a different way. (Some, like photons and similarly massless particles, do not interact with it at all.) This would explain why some particles have mass, while others do not.

We can kind of equate this with pulling strings through a tub of molasses, as they pass through the thick, sticky substance; it slows the strings down and makes them heavier. This is essentially what the Higgs field does with elementary particles. The corresponding boson is just a consequence of the field – it interacts with it as well - but due to the nature of the field itself, it cannot be seen or directly detected.

1. Light is Not Affected by Gravity:

Last, but certainly not least, we come to an issue concerning the nature of light and gravity. For the longest time, it was believed that gravity could not impact light. After all, gravity is an effect of the curvature of spacetime, caused by objects that have mass. (Thanks Einstein.) Since photons are notoriously mass-less, how could gravity have any effect on them?

To put it simply, in this case, photons – which have properties of particles and waves – might not have measurable mass, but they do have energy and momentum. General relativity says that gravity affects energy just as it would matter. And, it also says that mass and energy are one in the same – one face to a two-sided coin. Therefore, despite the basis of Newtonian physics, light is affected by gravity just as much as any other elementary particle.

We have also witnessed this effect first-hand, through keeping a close watch on the sun during solar eclipses, when a substantial amount of overwhelmingly bright sunlight is obscured by the moon. Under these circumstances, we were actually able to see photons changing their path as they passed near the curvature of the sun. We have even found a way to capitalize on this phenomenon, using this distortion as a means to magnify distant galaxies affected. We call it gravitational lensing.