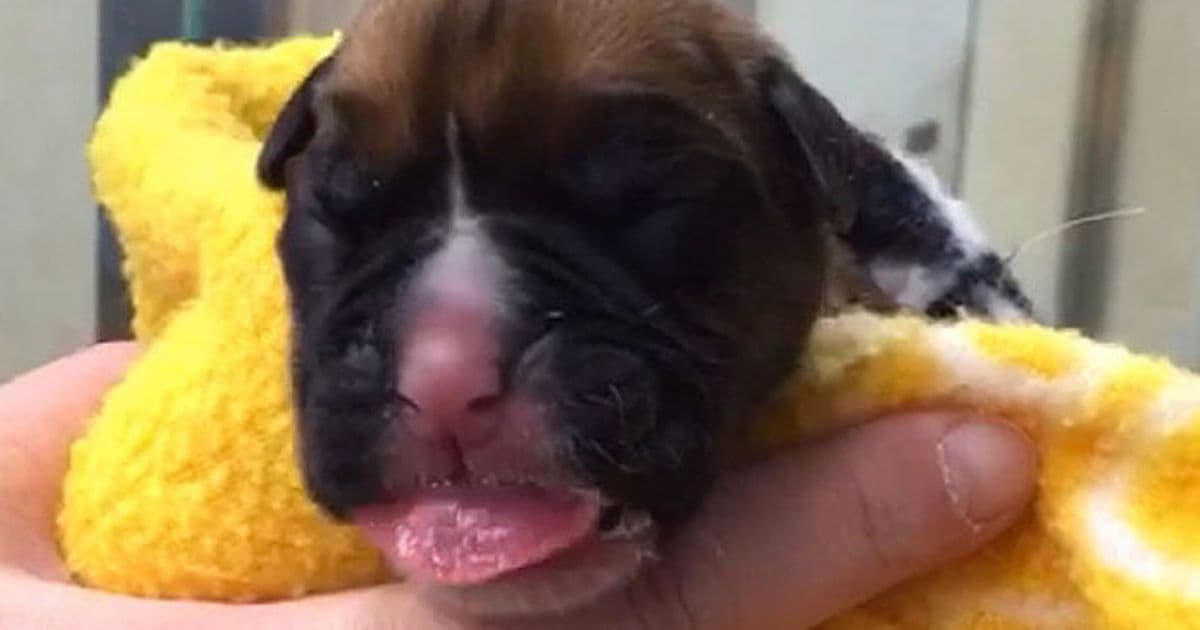 Some people have a hard time saying goodbye, and it seems that cloning may be able to help them delay the inevitable. Case in point, two puppies were just cloned from a dead boxer that was owned by a British couple. The couple in question paid some £60,000 ($100,000) for the procedure, and they flew all the way to South Korea to receive the puppies.

It all started when Dylan, the boxer that was owned by Laura Jacques and Richard Remde, from West Yorkshire, got sick.

The eight-year-old dog was diagnosed with a terminal illness. This necessitated a treatment to prolong his life, and it was scheduled to last for up to 18 months; however, the dog died in June, only 19 days after treatment began.

The couple were devastated by the loss. They then took DNA they had extracted from Dylan to the Sooam Biotech Research Foundation in South Korea. The couple said the cells used in the cloning process were obtained 12 days after Dylan had died.

How It Was Done

Sooam's website provides instructions on the proper storage of dead pets through refrigeration as preparations are made for the procedure.

In short, to clone a dead pet, the extracted DNA, if viable, is set into an egg which has had the nucleus taken out. The egg is then implanted into a surrogate mother. "Dylan was so special to us, he was my first dog and I put all my love into him,”Jacques said in a release. "The way in which we lost him so quickly, I was in shock. This just led on from there. I know we could get another dog, but I will have a piece of Dylan this way."

The couple told BBC 5 live they were waiting for the puppies, due on Boxing Day, December 27th.

"It's going to be like one of Dylan's puppies, we don't expect anything else. We don't expect it to act like Dylan," Mr Remde told The Guardian, "It will be like five Christmases coming all at once."

After receiving the animals, Laura Jacques mentioned to BBC Breakfast that the puppies are "really cute and look just like Dylan".

Organisations such as the RSPCA have criticized pet cloning, as there are already a number of pets that need to be adopted, sitting in shelters around the world. In fact, according to the Mississippi Animal Rescue League, in this state alone, approximately 73,000 dogs and cats are put down each year.

Read This Next
Meet Garlic
Chinese Firm Wants to Give Cloned Pets the Original's "Memories"
Futurism
Experts Answer: Should You Be Allowed to Create Your Own Clone?
Futurism
Scientists Just Cloned Monkeys. Humans Could Be Next.
Futurism
Scientists Just Sequenced An 18 Million Year Old Species That Cloned Itself
Futurism
How Close Are We to Successfully Cloning the First Human?
More on Hard Science
Warped Tour
Feb 2 on futurism
Professor Believes Door to Warp Drive May Lie With Ethylene Glycol
Sky Bursts
Feb 2 on the byte
Astronomers Intrigued by 25 Mysterious Repeating Radio Signals From Deep Space
Tractor Beam
Jan 26 on the byte
Scientists Build Working Tractor Beam, Although It's Comically Tiny
READ MORE STORIES ABOUT / Hard Science
Keep up.
Subscribe to our daily newsletter to keep in touch with the subjects shaping our future.
+Social+Newsletter
TopicsAbout UsContact Us
Copyright ©, Camden Media Inc All Rights Reserved. See our User Agreement, Privacy Policy and Data Use Policy. The material on this site may not be reproduced, distributed, transmitted, cached or otherwise used, except with prior written permission of Futurism. Articles may contain affiliate links which enable us to share in the revenue of any purchases made.
Fonts by Typekit and Monotype.