This Is the Most Beautiful Tesla You'll Probably Ever See

This Tesla is easy on the environment and the eyes. 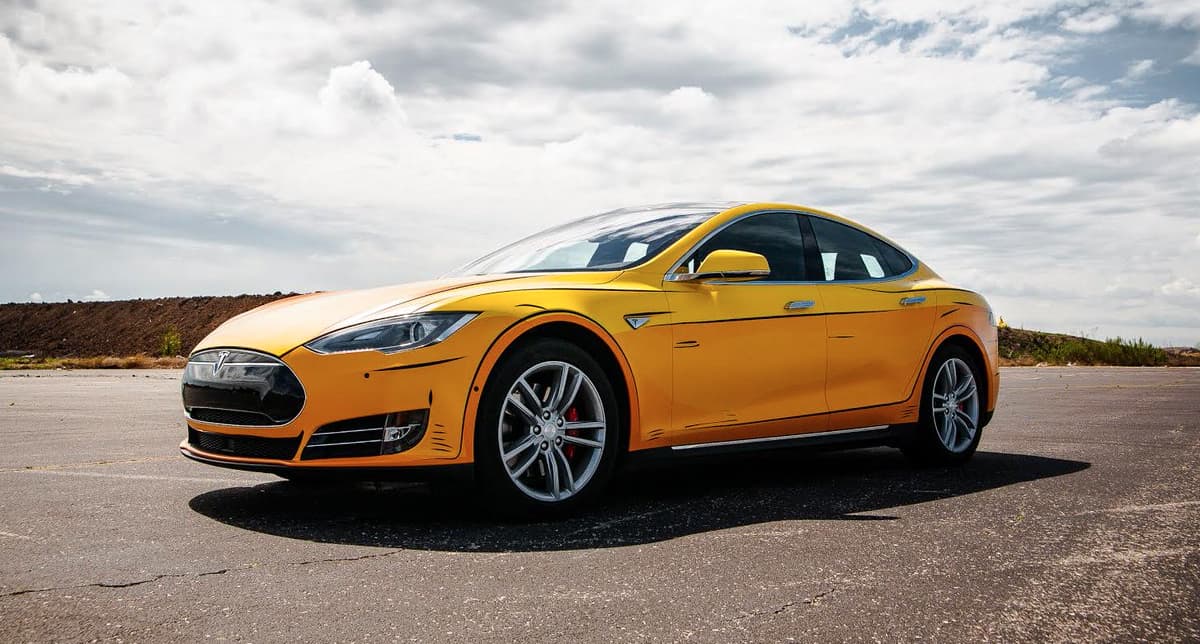 Car enthusiasts have been known to use vinyl wraps to make sure their vehicles stand out from the rest. Thus far, we’ve seen super cool galaxy prints and intense chrome finishes, but for one Tesla owner, it was all about making his Model S look like nothing else on the road.

“I’ve always loved the car — but there’s a lot of them on the road because it’s a very popular brand of car. I’ve always wanted to do something to make mine my own and stand out a little bit,” owner Burnie Burns said in a video blog.

Burns is the cofounder of the Rooster Teeth production studio in Austin, Texas, and the creator of its flagship series, "Red vs. Blue." He decided he wanted to use cel-shading to make his Tesla Model S P90D look like a flat, 2D-cartoon version of the real deal.

To that end, he turned to Rooster Teeth's designers to create a custom wrap for the car. He then got the wrap printed by Graphics Guys sign-printing company in Austin. The result is arguably the coolest Tesla you've probably ever laid eyes on.

With the $35,000 Model 3 slated for release later this year, we can expect to see more Teslas hitting the roads. Perhaps some of those new owners will follow Burns' lead and give their vehicles an entirely unique look, just like the epic-looking electric cars below:

Read This Next
Fusion Futility
Elon Musk Slams Fusion, Says Future of Energy Is Wind and Solar
Mine! Mine!
Elon Musk Suggests Tesla Might Start Mining Lithium
World is on Fire
UN Calls Elon Musk's Bluff, Providing Detailed Plan to Prevent World Hunger
Bigger in Texas
Elon Musk, Who Moved to TX For Less Regulation, Is Furious That the Power Went Down
Piercing The Hype
If Graphene Batteries Do Everything Scientists Say, They Could Be a Gamechanger
More on Earth & Energy
Ancient DNA
Yesterday on futurism
Scientists Sequence DNA They Found From 2 Million Years Ago
Gross
Wednesday on the byte
Residents Alarmed When Entire River Turns White
Going Hydrogen
Dec 2 on the byte
Airbus to Strap Hydrogen Fuel Cell Engine to Massive Superjumbo Jet
READ MORE STORIES ABOUT / Earth & Energy
Keep up.
Subscribe to our daily newsletter to keep in touch with the subjects shaping our future.
+Social+Newsletter
TopicsAbout UsContact Us
Copyright ©, Camden Media Inc All Rights Reserved. See our User Agreement, Privacy Policy and Data Use Policy. The material on this site may not be reproduced, distributed, transmitted, cached or otherwise used, except with prior written permission of Futurism. Articles may contain affiliate links which enable us to share in the revenue of any purchases made.
Fonts by Typekit and Monotype.