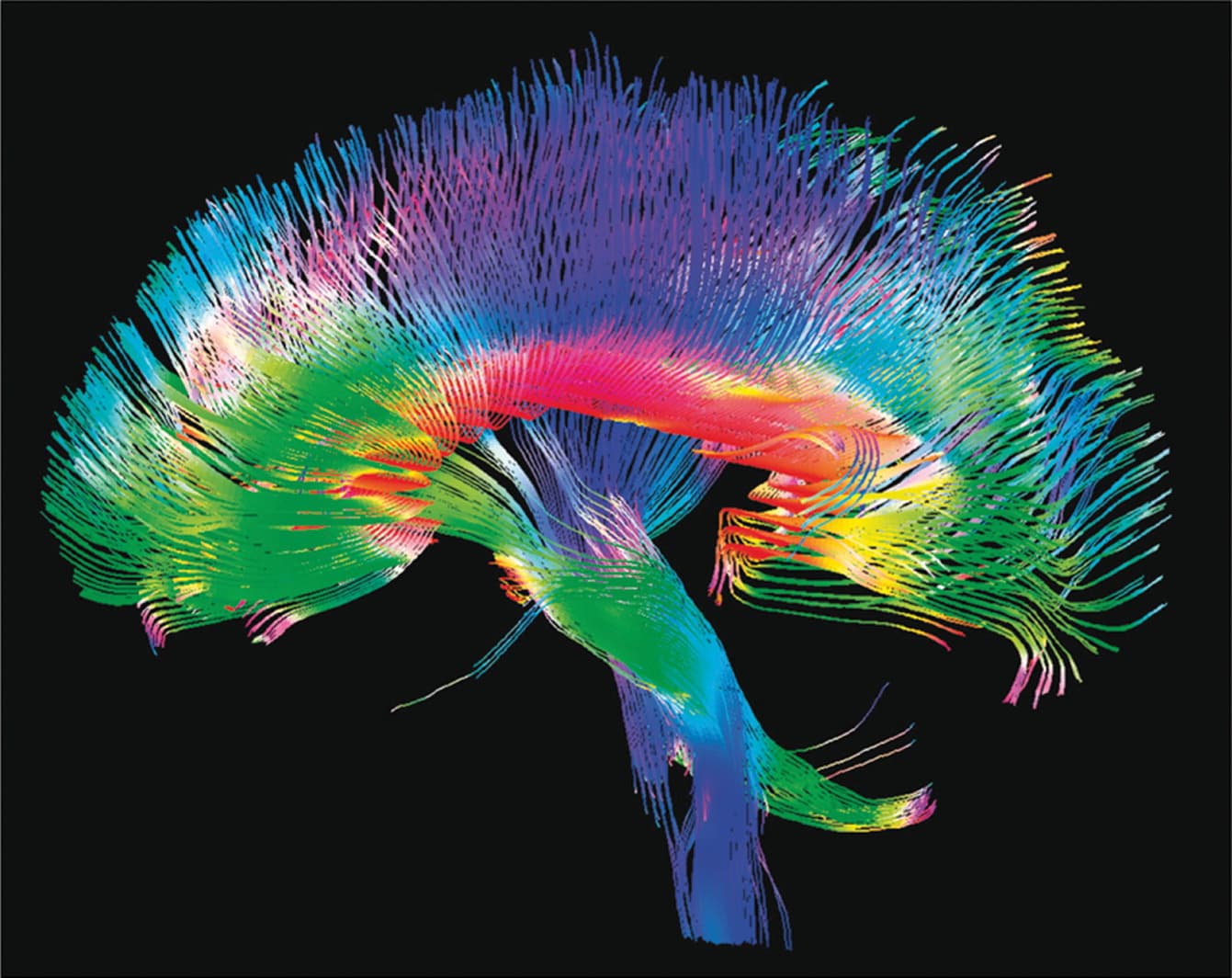 Image by Got Science?

The Most Studied Brain

Stanford psychologist Russell Poldrack climbed into an MRI machine and scanned his brain for 10 minutes Tuesdays and Thursdays. Every week. For a year and a half. This makes his brain the most studied in the world. He did this as part of his “My Connectome project.”

“Connectome” is the collective term describing the major networks between different functional areas of the human brain.

Poldrack attempted to find answers to the following questions: How does a connectome map relate to your brain? How long do these connections persist? Or do they vary with different conditions and moods? And what if you’re a schizophrenic, alcoholic, meditator, or videogamer, etc., how does your connectome look?

Poldrack fasted and drew blood on Tuesdays for testing with metabolomics (chemical fingerprints in biological fluids) and genomics (gene tests). You can learn more about this experiment in the video below:

Here are some of his most interesting finds:

Poldrack plans to develop software that can illuminate the interaction between brain function and gene expression. But so far he only has a single test subject: Himself.

Read This Next
Whiff
Neuralink's Demo Didn't Impress Experts
Futurism
Spend Less Time Thinking and More Time Doing By Training Your Brain
Brands We Love
Want to Boost Mental Output? Don't Stimulate Your Brain. Feed It.
Brands We Love
Tired of Feeling Tired? Boost Your Brain Power With This All-in-One Brain Training Bundle
Brands We Love
Improve Memory and Increase Productivity With this Advanced Brain Training Program
More on Enhanced Humans
Brain-Computer Im...
Jan 3 on the byte
Neuralink Cofounder Says New Company's Eye Implant Could Be "Ultimate" VR Tech
Eyes Have It
12. 30. 22 on futurism
Meet the Neuralink Cofounder Who Left and Started a Competitor That's Now Rapidly Catching Up
Butcher Shop
12. 6. 22 on futurism
Neuralink Employees Admit Company Has Killed 1,500 Animals So Far
READ MORE STORIES ABOUT / Enhanced Humans
Keep up.
Subscribe to our daily newsletter to keep in touch with the subjects shaping our future.
+Social+Newsletter
TopicsAbout UsContact Us
Copyright ©, Camden Media Inc All Rights Reserved. See our User Agreement, Privacy Policy and Data Use Policy. The material on this site may not be reproduced, distributed, transmitted, cached or otherwise used, except with prior written permission of Futurism. Articles may contain affiliate links which enable us to share in the revenue of any purchases made.
Fonts by Typekit and Monotype.