Within the Next Decade, You Could Be Living in a Post-Smartphone World

But what will take the place of our iPhones and Galaxies? 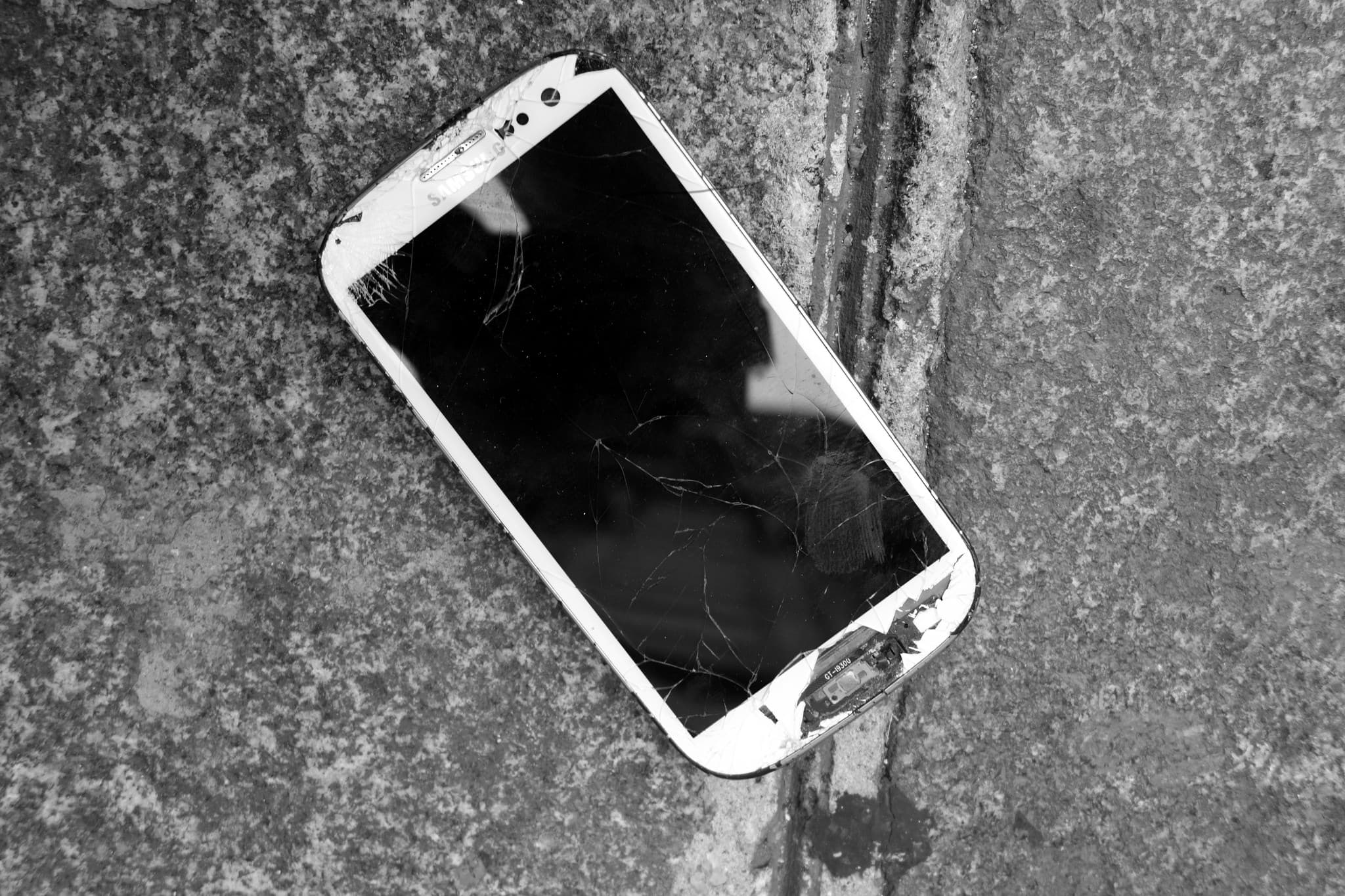 The Way of the Beeper

One day, not too soon — but still sooner than you think — the smartphone will all but vanish, the way beepers and fax machines did before it.

Make no mistake: We're still probably at least a decade away from any kind of meaningful shift away from the smartphone. (And if we're all cyborgs by 2027, I'll happily eat my words. Assuming we're still eating at all, I guess.)

Yet, piece by piece, the groundwork for the eventual demise of the smartphone is being laid by Elon Musk, Microsoft, Facebook, Amazon, and a countless number of startups that still have a part to play.

And, let me tell you: If and when the smartphone does die, that's when things are going to get really weird for everybody. Not just in terms of individual products but in terms of how we actually live our everyday lives and maybe our humanity itself.

Here's a brief look at the slow, ceaseless march toward the death of the smartphone — and what the post-smartphone world is shaping up to look like.

People think of the iPhone and the smartphones it inspired as revolutionary devices — small enough to carry everywhere, hefty enough to handle an increasingly large number of daily tasks, and packed full of the right mix of cameras and GPS sensors to make apps like Snapchat and Uber uniquely possible.

But consider the smartphone from another perspective. The desktop PC and the laptop are made up of some combination of a mouse, keyboard, and monitor. The smartphone just took that model, shrank it, and made the input virtual and touch-based.

So take, for example, the Samsung Galaxy S8, unveiled this week. It's gorgeous with an amazing bezel-less screen and some real power under the hood. It's impressive, but it's more refinement than revolution.

Tellingly, though, the Galaxy S8 ships with Bixby, a new virtual assistant that Samsung promises will one day let you control every single feature and app with just your voice. It will also ship with a new version of the Gear VR virtual reality headset, developed in conjunction with Facebook's Oculus.

The next iPhone, too, is said to be shipping with upgrades to the Siri assistant, along with features aimed at bringing augmented reality into the mainstream.

And as devices like the Amazon Echo, the Sony PlayStation VR, and the Apple Watch continue to enjoy limited but substantial success, expect to see a lot more tech companies large and small taking more gambles and making more experiments on the next big wave in computing interfaces.

In the medium term, all of these various experimental and first-stage technologies will start to congeal into something familiar but bizarre.

Microsoft, Facebook, Google, and the Google-backed Magic Leap are all working to build standalone augmented-reality headsets, which project detailed 3D images straight into your eyes. Even Apple is rumored to be working on this.

Microsoft's Alex Kipman recently told Business Insider that augmented reality could flat-out replace the smartphone, the TV, and anything else with a screen. There's not much use for a separate device sitting in your pocket or on your entertainment center if all your calls, chats, movies, and games are beamed into your eyes and overlaid on the world around you.

At the same time, gadgetry like the Amazon Echo or Apple's own AirPods become more and more important in this world. As artificial-intelligence systems like Apple's Siri, Amazon's Alexa, Samsung's Bixby, and Microsoft's Cortana get smarter, there will be a rise not just in talking to computers but in having them talk back.

In other words, computers will hijack your senses, more so than they already do, with your sight and your hearing intermediated by technology. It's a little scary. Think of what Facebook glitches could mean in a world where it doesn't just control what you read on your phone but in what you see in the world around you.

The promise, though, is a world where real life and technology blend more seamlessly. The major tech companies promise that this future means a world of fewer technological distractions and more balance, as the physical and digital world become the same thing. You decide how you feel about that.

Still, all those decade-plus investments in the future still rely on gadgetry that you have to wear, even if it's only a pair of glasses. Some of the craziest, most forward-looking, most unpredictable advancements go even further — provided you're willing to wait a few extra decades, that is.

This week, we got our first look at Neuralink, a new company cofounded by Musk with a goal of building computers into our brains by way of "neural lace," a very early-stage technology that lays on your brain and bridges it to a computer. It's the next step beyond even that blending of the digital and physical worlds, as human and machine become one.

Assuming the science works — and lots of smart people believe that it will — this is the logical endpoint of the road that smartphones started us on. If smartphones gave us access to information and augmented reality puts that information in front of us when we need it, then putting neural lace in our brains just closes the gap.

Musk has said this is because the rise of artificial intelligence — which underpins a lot of the other technologies, including voice assistants and virtual reality — means humans will have to augment themselves just to keep up with the machines. If you're really curious about this idea, futurist Ray Kurzweil is the leading voice on the topic.

The idea of human/machine fusion is a terrifying one, with science-fiction writers, technologists, and philosophers alike having very good cause to ask what even makes us human in the first place. At the same time, the idea is so new that nobody really knows what this world would look like in practice.

So if and when the smartphone dies, it'll actually be the end of an era in more ways than one. It'll be the end of machines that we carry with us passively and the beginning of something that bridges our bodies straight into the ebb and flow of digital information. It's going to get weird.

And yet, lots of technologists already say that smartphones give us superpowers with access to knowledge, wisdom, and abilities beyond anything nature gave us. In some ways, augmenting the human mind would be the ultimate superpower. Then again, maybe I'm just an optimist.

Read This Next
FROM THE DEPT. OF THINGS TO BUY
The Best 3D Printers for Beginners in 2022
Panopticam
Tech Exec Brags That New Phone' Cameras Will Always Be Watching You
Futurism
Could the Next Smartphone be Double-Sided? Samsung Thinks So.
Futurism
A Smartphone Made in Russia Claims to be "Surveillance-Proof"
Futurism
Samsung Plans to Release a Folding Screen Smartphone Next Year
More on Robots & Machines
Egg Drop
Yesterday on the byte
Former NASA Guy Drops Egg Out of Space, Tries to Keep It From Breaking
No Ethics
Wednesday on the byte
San Francisco Cops Now Allowed to Use Robots to Kill People
FROM THE DEPT. OF...
Monday on futurism
The Best Over-Ear Headphones of 2022
READ MORE STORIES ABOUT / Robots & Machines
Keep up.
Subscribe to our daily newsletter to keep in touch with the subjects shaping our future.
+Social+Newsletter
TopicsAbout UsContact Us
Copyright ©, Camden Media Inc All Rights Reserved. See our User Agreement, Privacy Policy and Data Use Policy. The material on this site may not be reproduced, distributed, transmitted, cached or otherwise used, except with prior written permission of Futurism. Articles may contain affiliate links which enable us to share in the revenue of any purchases made.
Fonts by Typekit and Monotype.