William Shatner Explains Why His Trip to Space Was Horrible

All he saw was an "immensity of death." 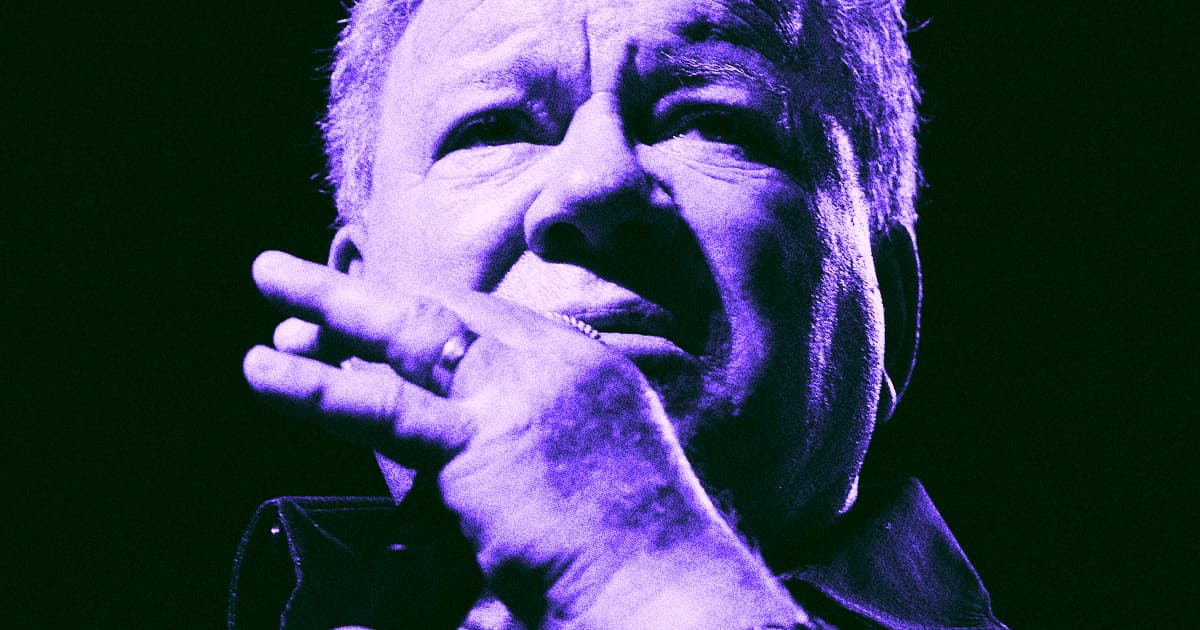 William Shatner is opening up more about his life-changing trip to the edge of space, why it freaked him out so badly, and how it turned him into an environmentalist.

In an editorial for The Guardian, the 91-year-old "Star Trek" actor wrote that although he "knew that many before me had experienced a greater sense of care while contemplating our planet from above," what he felt was entirely different: the "deepest grief" he'd ever experienced in his life.

The Shat-man hasn't previously shied away from describing the horror he experienced when peering out into the void from a Blue Origin capsule that went up last fall. In his recent memoir, "Boldly Go: Reflections on a Life of Awe and Wonder," the actor said that when he looked at space, he could only see death.

He continues that thread in his Guardian editorial, expounding on what he meant.

"What I understood, in the clearest possible way, was that we were living on a tiny oasis of life, surrounded by an immensity of death," Shatner wrote. "I didn’t see infinite possibilities of worlds to explore, of adventures to have, or living creatures to connect with. I saw the deepest darkness I could have ever imagined, contrasting starkly with the welcoming warmth of our nurturing home planet."

This realization was like "immensely powerful" and profoundly sad for the "Boston Legal" superstar because, as he wrote, it awakened him to how foolhardy it is to look outwards into space while we humans are in the process of utterly decimating our climate.

"I played my part in [popularizing] the idea that space was the final frontier," he admitted. "But I had to get to space to understand that Earth is, and will remain, our only home. And that we have been ravaging it, relentlessly, making it uninhabitable."

Shatner's raison d'être is now, it appears, turning back the tide of our climate degradation. The Montreal-born actor went on to implore bold action from the diplomats attending the United Nations' COP15 biodiversity summit in his hometown, which is currently taking place.

"We need world leaders to give their diplomats a powerful mandate for these talks: agree on strong targets to change the way we produce food, to drastically cut pollution, and to conserve 50 percent of our planet’s land and ocean," he wrote, "with the active leadership of Indigenous peoples and local communities, who have historically been pioneers on all these necessary actions."

Being the oldest person to ever go to space was, as Shatner makes clear in this editorial and in his chilling "Boldly Go" excerpt about his nightmarish trip to the final frontier, a life-changing experience that was less of the beatific and almost psychedelic experience described by some space travelers and instead was something of a mental phantasmagoria for the Canadian actor.

Nevertheless, it instilled in him a deep, if not late-in-life, commitment to saving the planet from the worst effects of climate change.

"I will do everything I can so that we can protect our one and only home," he wrote. "Our world leaders have an immense responsibility to do the same in Montreal."

Read This Next
Overview Effect
William Shatner Says His Space Trip Left Him With a Feeling of Terrible Grief
And Beyond
How NASA Got Price Gouged on the SLS, According to Its Former Second-in-Command
Rolling Coal
Space Travel Will Absolutely Gut the Environment, Scientists Warn
Billionaire Bailout
Bernie Sanders Working to Block Jeff Bezos From NASA Moon Contract
Heating Up
One Space Trip Emits a Lifetime's Worth of Carbon Footprint
More on Off World
Take Cover
Yesterday on the byte
Space Startup Blows Up Another Giant Inflatable Space Station Module
Rock Blast
Yesterday on the byte
Scientists Say There's an Upside to Those Rocks That Keep Bludgeoning the James Webb
Meathead Theory
Yesterday on the byte
Professor Receives Insane Email Claiming "Biological" Green Comet Is Giving Off "Meat Smoke"
READ MORE STORIES ABOUT / Off World
Keep up.
Subscribe to our daily newsletter to keep in touch with the subjects shaping our future.
+Social+Newsletter
TopicsAbout UsContact Us
Copyright ©, Camden Media Inc All Rights Reserved. See our User Agreement, Privacy Policy and Data Use Policy. The material on this site may not be reproduced, distributed, transmitted, cached or otherwise used, except with prior written permission of Futurism. Articles may contain affiliate links which enable us to share in the revenue of any purchases made.
Fonts by Typekit and Monotype.