Will There be Another Space Race? 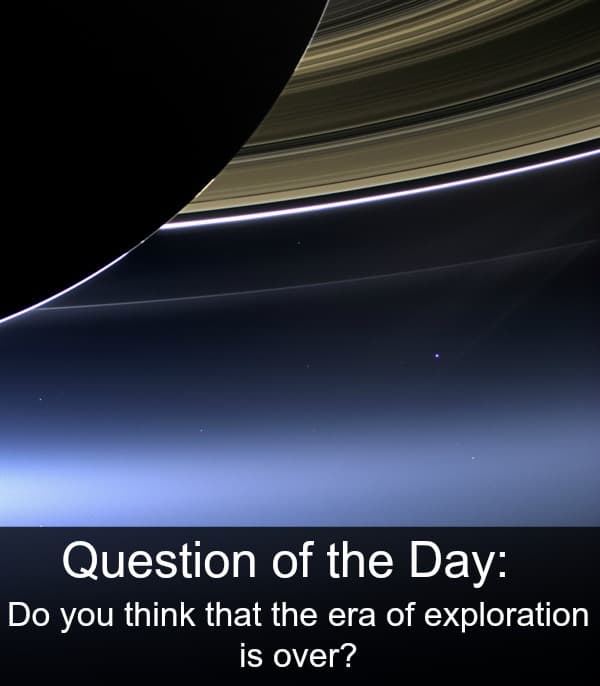 At times, it seems that the world has come to a standstill, like the era of exploration is behind us, like we are grinding to a halt. With nations around the globe facing financial crisis, many question whether continued space endeavors are really worth the trouble. However, space exploration (like exploration in general) is not a vain attempt at conquest. Rather, it is fueled by a desire to know, to see, and to better understand.

Our first steps out into the stars revolutionized the way that we saw our own little planet (think of Carl Sagan's Pale Blue Dot). What's more, it fueled industry and inspired an entire generation to reach for the stars (literally). The first men and women to leave our planet helped all of us better understand the cultural, economic, and scientific importance of space exploration. So where are we now? And where are we heading?

Whether you want to admit it or not, the space-faring nations of the world (mostly the US and Russia) are involved in the next space race; a race with China as an emerging power in space technology.

China’s advancement in space has been nothing short of incredible. The Chinese space program has advanced at a blistering and awe-inspiring rate, particularly in manned exploration. In 2003, China became the third nation, after the USSR and the US, to put a man in orbit using its own technology; in 2008 and the third manned Chinese mission, Zhai Zhigang performed the first Chinese spacewalk. They have successfully docked ships in orbit and sent probes to the moon, among other accomplishments.

The Chinese are funneling huge amounts of resources into their space program, and it’s showing. They have huge plans for the future which includes the launching of a space station in 2020, creating their own satellite networks, space-based science observatories, manned and unmanned exploration of the moon, and unmanned missions to mars (with whispers of manned missions). One of the old names for China is Tianchao, which translates to the Celestial Empire – China seems poised to obtain that title.

The Chinese program is also their own. Some critics of the program claim that China simply recycles old rocket designs and even old rockets, piggybacking on the past successes of the Soviet’s space program. This couldn’t be further from the truth. The modern Chinese program uses the Russian design as a framework, but has improved upon it using NASA and ESA engineering techniques. In addition, China is tackling the tough problems in space exploration; such as sending a probe to the Moon (which isn’t easy). Whereas the early Chinese program might have been powered by picking up the scraps left by the USSR and the US, the modern program is uniquely Chinese and something the country can be proud of.

China is advancing so rapidly that it is upsetting the status quo of the world’s space powers. In the journal “Foreign Policy”, John Hickman, a professor of political science at Berry College, stated, "There are unmistakable warning signs that China may surpass the United States and Russia to become the world's preeminent spacefaring power.” Indeed, there is a second space race taking place on the world stage. As Hickman continued, “For Washington to continue to ignore Beijing’s resolute space policy doesn’t mean there is no space race; it means Beijing wins by default.”

Whether we like it or not, scientific advancement is often carried on the shoulders of nationalism. The space program, in general, is the perfect example of this. The only reason we went to the moon was to out perform Russia and show off – the winner of that space race was, more or less, arbitrarily defined. Throughout history, technological advancements made by one country forced another to advance their sciences. In an effort to spy on the nuclear programs of other countries, we have a very large and comprehensive network of seismic detectors designed to detect nuclear tests. A happy result is it's managed to give us a VERY reliable method to study the earth's internal structure and generally study our active geology. That does, however, speak volumes about warfare in the future. Is not a scientific or technological superiority war preferable to an "in trenches killing people" war? When major world powers compete with each other, it can be very dangerous – fighting within the sciences is at least a productive way of carrying on the human banner of bickery.

At the moment, there is an international consensus, in which America is the leader, in which most nations of the world participate; this has both hindered and advanced the space program. Space politics has been compared to a conga line, where there is one leader and everyone else follows behind. International cooperation in space has led to some magnificent advancements in science and has helped the nations of the world create more secure friendships, but it’s also removed that competitive edge. If China chooses to ignore that consensus, it’ll make an impressive mark on how countries compete in space.

The first space race was between the Soviet Union and the United States. When the USSR forced America into participating, the Soviets were much further ahead than the Americans were. Most of the early accomplishments were achieved by the Soviets, but America had a secret advantage. The US economy was much larger and far more efficient than their Russian competitors. This allowed the US to come from behind and win the space race with the landing of Apollo 11.

China represents a completely different opponent. Their economy is better suited for competing with the US and such an underdog mentality won’t work for the US this go around. With NASA in trouble and a relatively disorganized private space program, the US needs to adopt a forward thinking space policy to stay competitive.

This goes to show how quickly a country can advance and how aggressively a space program can be developed when proper attention is given to space policy. China realizes that the key to the future lies in space technologies and is willing to devote the resources to make that happen. Makes you pause to think a little about NASA’s budget cuts. Hopefully, the Chinese coming onto the world stage will help push Western space policies and China will join the world stage as a valuable addition to the spacefaring club.