Colonization of Space is Now 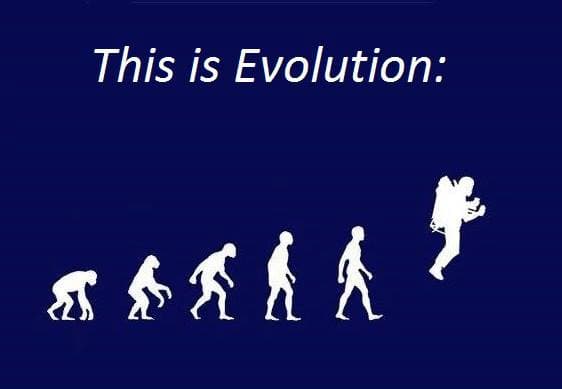 When we think of space exploration, we generally think of excitement and entertainment--of all the interesting things that await us out in the cosmos. What we often fail to consider is the evolution and advancement of our species. And when I say "evolution," I mean it literally.

Many theorists and researchers have argued that the evolution of humanity has come to a standstill. They assert that, with the advent of the industrial revolution and modern medicine, we essentially beat natural selection. Now, we do not need to change to suit our environment; we change the environment to suit us. For the most part, diseases are not wiping out entire populations; inoculations and preventative medicine have allowed us to get the better of most harmful bacteria, viruses, etc.

However, evolution will get a bit of a jump start if we ever leave Earth. As we travel out into the cosmos, our bodies will have to evolve to different planets that may have more or less gravity than Earth. We will have to adapt to days that might be longer or shorter, and (perhaps) we will have to adapt to alien bacteria. There are a host of other considerations that will test us and, ultimately, change us.

We get sidetracked by the entertaining aspects of zero-g and the awe inspiring sights of distant planets, and we forget that (at it's core) space exploration is about knowledge and the quest to advance our species. It is about evolving--both literally and metaphorically.

So yes, we should be looking at the deepest layers of Earth to find the bones of our ancestors and understand where we came from. But if we want to continue evolving, I think we should look out at the night sky. For our brightest future is among the stars.

"When space shuttle Atlantis rolled to a stop in 2011, it did not mark, as some worried, the end of human spaceflight. Rather, as the extinction of the dinosaurs allowed early mammals to flourish, retiring the shuttle signals the opening of far grander opportunities for space exploration. Led by ambitious private companies, we are entering the early stages of the migration of our species away from Earth and our adaptation to entire new worlds. Mars is the stated goal of Elon Musk of PayPal fortune; polar explorers Tom and Tina Sjogren are designing a private venture to Mars; and Europe's privately funded MarsOne project would establish a human colony by 2023. The colonization of space is beginning now."  Scientific American

Get on board, and see how far we can go: Penny4NASA Homepage