Will the Universe End in a Big Rip? New Research Favors Hypothesis 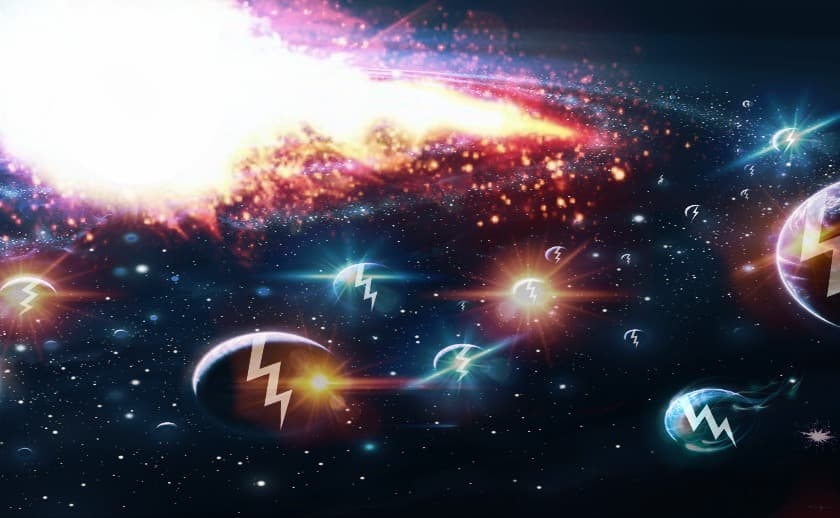 As I often like to point out, nothing was built to last forever....not even the universe itself. Just how, when and why the universe will die remain unclear. There here are numerous hypotheses, however, all of which hinge on some unknowns. For instance, several scenarios—including the big rip and the big freeze (otherwise known as heat death)—are direct consequences of an ever-expanding universe, but to reiterate, in order to exclude either/or, we must know without a doubt that the expansion will continue indefinitely, or whether the rate at which the universe is expanding will remain the same billions of years from now.

With this in mind, a group of researchers from Vanderbilt University have shed some light on dark energy, and the role it may ultimately play in the big rip—an end of the universe scenario that would see the universe, from stars and galaxies, to subatomic particles themselves—ripped apart.

Their work, which examines viscosity—how thick (or "sticky") internal friction makes fluids—within the framework of thermodynamics and general relativity, ultimately yielded a new "mathematical formulation" that does not conflict with established laws of physics, according to Vanderbilt University. A paper detailing their findings made its way into an academic journal earlier this year, but only now have they been discussed in detail.

This strange word pertains to fluid dynamics, and is believed to be involved in the inner-workings of many things--including core-collapse supernovae and neutron stars. However, scientists have not had any luck in modeling viscous fluids that are move at relativistic speeds (those nearing that of light). The problem, of course, is that viscous fluids are far more prevalent that non viscous fluids—with almost all being viscous by nature.

"In the past, the models formulated to predict what happens when these more realistic fluids are accelerated to a fraction of the speed of light have been plagued with inconsistencies: the most glaring of which has been predicting certain conditions where these fluids could travel faster than the speed of light," they further note.

I needn't remind you that the laws of physics say that nothing (nothing concrete, anyway) can surpass the speed light travels, so there was clearly a problem with the calculations. Ergo the team worked on developing new equations using groundwork laid by French mathematician André Lichnerowicz back in the 50's. This time, they made sure the math did not "exhibit the flaw of allowing faster-than-light speeds."

In a press release, the institution explains that their work has unexpected consequences to many different areas in cosmology, especially where dark energy—the mysterious force driving the accelerating expansion of the universe--is concerned; it ultimately shows that a form of cosmological viscosity may, in fact, account for most—if not all of-- the characteristics that are attributed to dark energy, like its repulsive nature. If nothing else, "viscosity may act as an important constraint on the properties of dark energy.”

They can't definitively rule out the big freeze, but their work lends credibility to the big rip hypothesis, which involves an exotic form of dark (or "phantom") energy that has a negative pressure value, with an energy density that increases over time. Eventually, it would overtake the cosmological constant, and the universe would expand infinitely in a finite span of time. Finally, after rendering gravity and the 3 other fundamental forces obsolete, only then would everything be ripped apart.

You heard it here, the universe might not end with a bang. but with a rip.