What Is The Universe Expanding Into? 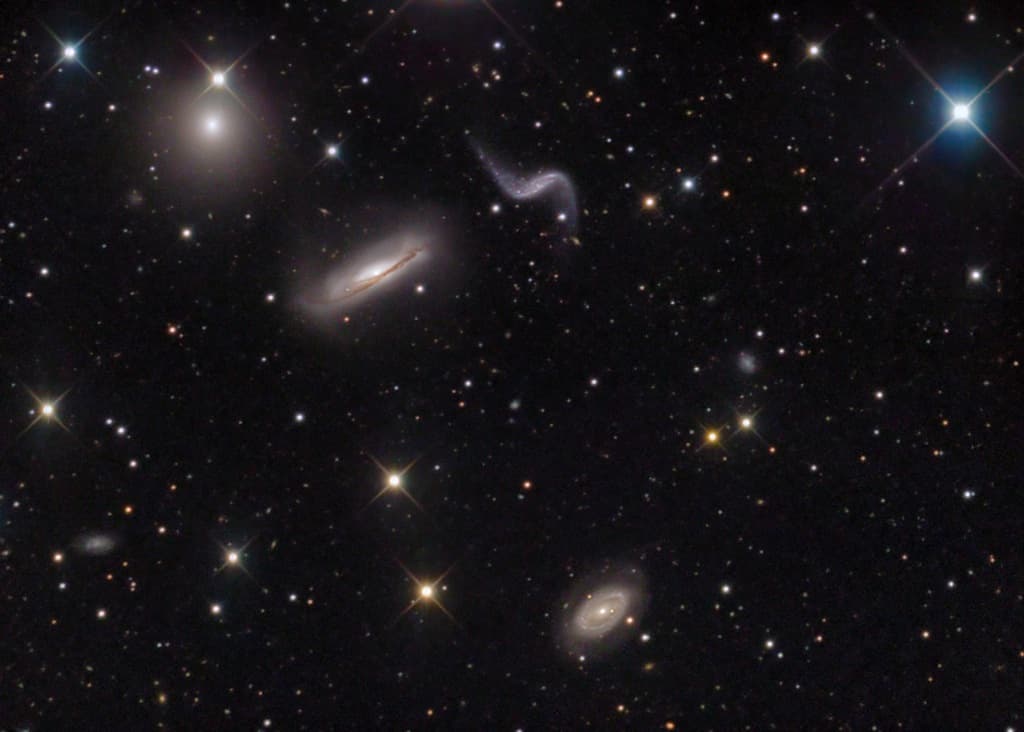 There are a few questions that frequently come up when discussing  the big bang and the expansion of the universe. Perhaps the most prominent questions are, "if space is constantly expanding, what is it expanding into?" And, "if the universe is expanding, how come that the Andromeda galaxy is about to collide with our milky way? Isn't the distance supposed to increase, instead of decrease?"

This seems to be the most likely scenario. Our current theories indicate that, when discussing the expansion of the universe, galaxies are, in essence, stationary. Galaxies are not flying through space like a ball thrown up into the air. Instead, the galaxies sit there. Over time, the space between the galaxies "stretches" like a rubber sheet. So despite the fact that the galaxies haven't moved through space at all, they get farther apart because the space in between them is stretching. So if you want an easy way to answer someone when they ask about the "expansion" of the universe, just respond by saying, "it's not expanding; it's stretching."

Again, an infinite universe seems to be the most accurate view of the cosmos. But let's look at a finite universe, just for arguments sake. Unfortunately, living in a finite universe makes answering the aforementioned questions a bit tricky. This is because, if we assume that the universe is finite in size, and we’re stuck in the universe (we obviously can't get outside of it), there’s no way for us to say what space is expanding into. We simply don't know. Moreover, there’s no way we can visualize what the outside might look like because our brains are hard-wired by the physical laws inside the universe (it's a bit like trying to imagine what a new color would look like; you simply can't do it). That said, we could look towards the Multiverse theory to get some idea of what the universe might be expanding into if it is finite.

Now, moving on to the second question: Why are we on a cosmic collision course with Andromeda? To answer this question, it is important to note that, thus far, we have been discussing things that are extremely large and trying to account for the universe as a whole. The universe, as a whole, is big. Really big. And it is super massive. When compared to the universe as a whole, the Milky Way and Andromeda are tiny. When looking at these relatively small scales, the effect of the universe's stretching is overwhelmed by other forces (i.e. the galaxy's gravity, the sun's gravity, the Earth's gravity, and the atomic forces which hold people's bodies together). As astronomer Dave Rothstein notes, "It is only when we look across far enough distances in the universe that the effect of the universe's stretching becomes noticeable above the effects of local gravity and other forces which tend to hold things together."

What lies beyond the edge of the observable universe?

Is the Universe Infinite or Finite?