Why the Ethereum Flash Crash Isn’t Surprising, and What It Means for Crypto 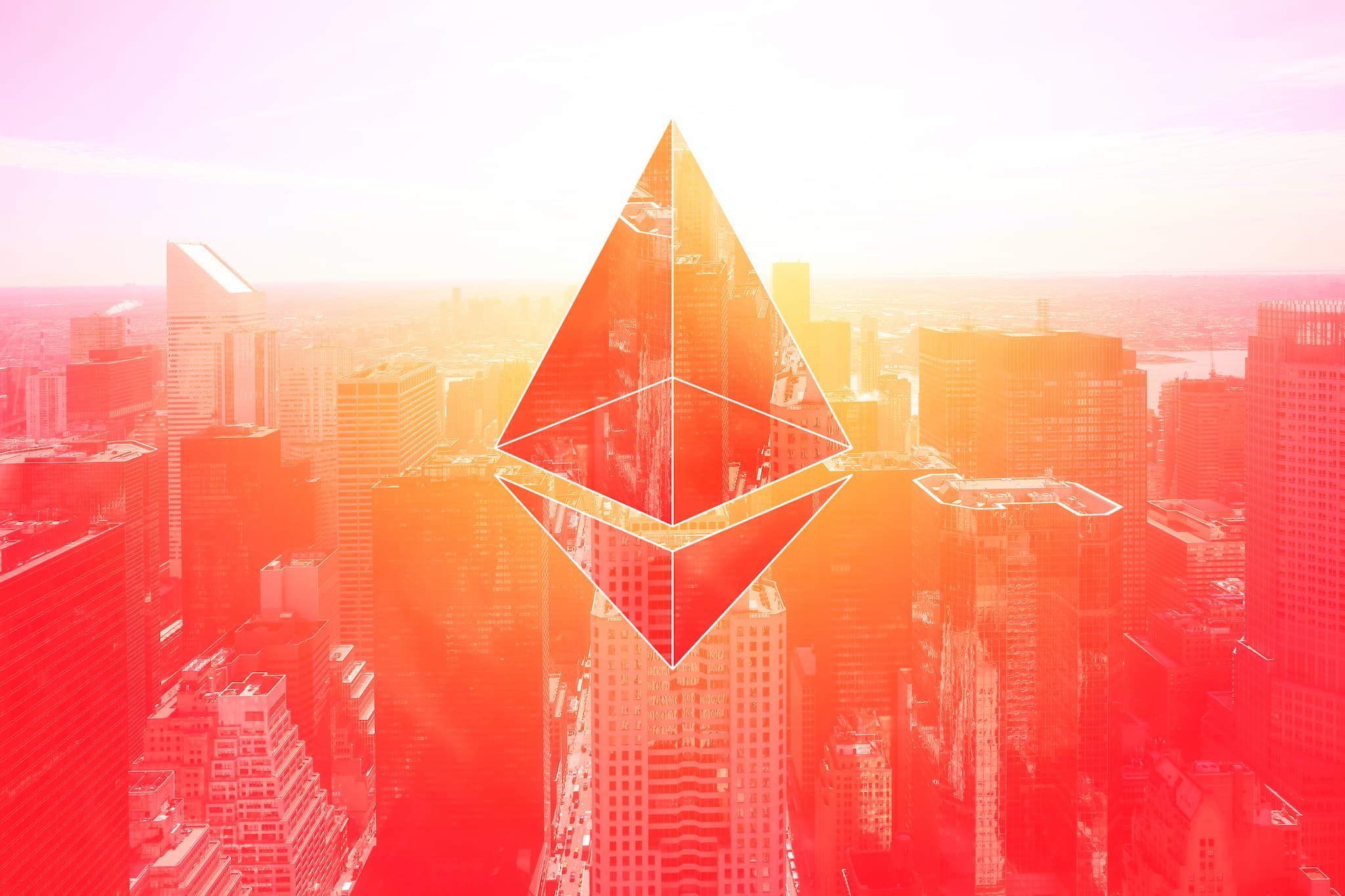 Update (Jun 26, 4:30 pm): “In an unprecedented move, GDAX will pay out of its own company pockets to ‘affected customers who had margin calls or stop loss orders executed.'” Source here.

On Wednesday, the price of Ether “flash-crashed” by over 99.9% in less than a second on GDAX, one of the largest cryptocurrency exchanges. This was due to a multi-million dollar sell order being placed on the exchange. Because the exchange did not have enough buy orders on its books to accommodate a sell this large, the price crashed immediately from $317.81 to $224.48; this movement was enough to then trigger a wave of about 800 automatic position liquidations due to margin calls and stop-loss orders, driving the price briefly as low as $0.10, and causing GDAX to suspend trading.

This is only the most recent of a series of similar events across crypto exchanges, and rather than being a reflection on GDAX in particular, it’s a symptom of the underlying problems created by the stress of capital flow increasing faster than market infrastructure development.

What does this mean for investors?

Although the price quickly returned back above $300, the millions of dollars that investors lost due to forced selling of their positions will not be recovered. This incident highlights the relative immaturity of the cryptocurrency trading ecosystem, which has been stressed by a 20x increase in daily trading volume since the start of 2017 without any fundamental change in market structures.

From the trader-in-question’s side (assuming they were simply trying to get out of this position in a crude way and not a malicious actor or market manipulator) dumping the whole position at once will have likely incurred millions in liquidity costs. A single huge move like this is both bad for them and for the margin traders who were forced out of positions at even worse prices, all due to price actions that would be easily avoidable through more intelligent trading logic.

What does this tell us about exchanges?

On the other side, the exchange doesn’t have adequate safeguards to prevent such a flash-crash. When a participant has a margin position less than their margin requirements in traditional markets, they are typically given 24–48 hours to post collateral. GDAX, on the other hand, seems to instantly liquidate you (with market orders) into their very thin order book. Some version of this problem exists on most crypto exchanges, although a few (like Poloniex) try to mitigate it with simple trading logic to soften the price impact of underwater margin position liquidations.

GDAX stop losses operate similarly. For major foreign exchange trading pairs in traditional markets, the largest differential between a person’s stop loss and actual execution price is ~0.10%. On GDAX, people who had stop losses at $316 actually sold their ether at $0.10. Furthermore, GDAX does not specify if stop orders are time-priority based or price based. For example, if someone has a stop loss order at $50, and someone puts a stop loss order later at $100, when a flash crash occurs, who gets to sell their ether first?

The thin order book combined with their liquidation rules expose the exchange, and traders on the exchange, to events like this one.

While this creates a short term windfall in margin calls for the exchange’s owners, they pay that price in reputation and deterring players from trading crypto on margin. The uncertainty a trader has to live with in this environment is one of the major barriers to entry for the large institutional pools of capital that can bring the crypto markets into maturity and raise the overall market cap to the size of traditional asset classes.

While these events are frustrating due to the negative impact they have on the space as a whole, they are also exciting because they illustrate the massive opportunity present for those willing to do the work to build out sophisticated financial infrastructure.

How does Omega One solve this problem?

The Omega One platform, which will be launched later in 2017, will provide a structural solution to problems like this, protecting both traders and exchanges.

If the trader who put the $30m order on GDAX had put the order in on Omega One, the market would barely have moved at all. Instead, the Omega trading engine would have taken this trader’s order and broken it into thousands of tiny sell orders, and placed those orders intelligently over time across all the world’s liquid crypto exchanges.

The order books on GDAX, Poloniex, Bitfinex, Kraken, and other exchanges would each have seen a tiny increment of additional selling pressure in the first seconds after the order — enough to absorb the available demand to buy on those exchanges, but not enough to force a price move.

As those initial sell orders were traded, the Omega One trading engine would have monitored the outcomes and adjusted behavior accordingly within milliseconds, releasing sell orders to the market at exactly the pace that the market could absorb. Instead of pushing the entire order into one place within one second and thus crashing the market, Omega One would have spread the order out over all the world’s crypto exchanges over the space of perhaps an hour, and nobody would be any the wiser for it.

In addition to not losing millions of dollars and crashing the market, the unknown trader from Wednesday would have also have avoided the risk of putting their millions of dollars worth of crypto in the hands of an exchange. In order to sell the Ether on GDAX, they first needed to send that Ether to GDAX, giving up custody of their funds and trusting GDAX not to be hacked or otherwise compromise their funds.

If the unknown trader had been using Omega One, they could have kept their funds on the Ethereum blockchain in a wallet under their control, right up until the point of settlement. The combination of security and cost benefits provided by Omega One will transform the crypto markets, facilitating the next level of maturity of the crypto trading ecosystem.

Disclosure: Futurism is exploring a financial relationship with Omega One and has a personal affiliation with ConsenSys. This is a piece of editorial content. Omega One and ConsenSys do not have any review privileges on editorial decisions.

Read This Next
La La La
SBF's Dad Kept Sticking His Fingers in Ears During Court Hearing
Sword Art Online
Guy Who Invented the Word "Metaverse" Building His Own Metaverse
Rube Goldbergian
The Dune NFT Project Is Back With an Inscrutable New Scheme
Crypto Fail
The CEO of Coinbase Gets Brutally Owned, May Never Recover
Sad!
Melania Trump Accused of Secretly Buying Her Own NFT to Avoid Disgrace
More on Future Society
All Tomorrow's Pa...
4:05 PM on the byte
Party Startup Says It Has Zero Plans to Make Any Money With Investors' Funds
Primate Theft
Yesterday on the byte
It Was a Very Bad Weekend for Monkeys Being Stolen From Zoos, Apparently
Ring The Alarm
Yesterday on the byte
Whistleblower Claims Facebook Can Secretly Drain Your Phone's Battery on Purpose
READ MORE STORIES ABOUT / Future Society
Keep up.
Subscribe to our daily newsletter to keep in touch with the subjects shaping our future.
+Social+Newsletter
TopicsAbout UsContact Us
Copyright ©, Camden Media Inc All Rights Reserved. See our User Agreement, Privacy Policy and Data Use Policy. The material on this site may not be reproduced, distributed, transmitted, cached or otherwise used, except with prior written permission of Futurism. Articles may contain affiliate links which enable us to share in the revenue of any purchases made.
Fonts by Typekit and Monotype.