What if the Events of 'The Martian' Actually Happened? 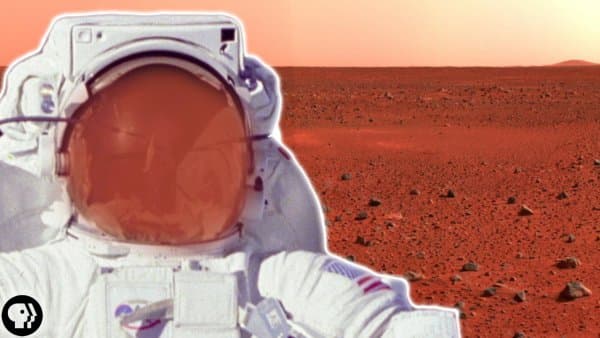 If you haven't seen the trailer for Ridley Scott's latest epic, "The Martian," stop what you are doing and head on over youtube (don't worry, this will still be here when you're finished).

I haven't had a chance to see it just yet (therefore no major spoilers are ahead), but the basic gist is this: NASA dispatches a manned expedition to the Red Planet, but when things go horribly awry (as they tend to do in books and movies), the crew is forced to abort the mission and begin the long trek back to Earth—everyone except astronaut Mark Watney, who was presumed dead.

Turns out, he managed to brave the storm, and is very much alive. Stranded on a barren, desolate world with meager supplies, he must brave the harsh Martian terrain and find a way to phone home.

From what I've gathered, the movie is a must-see for all fans of science fiction. Like last year's incredible foray into space with "Interstellar," Various experts were consulted in order to make the story as scientifically plausible as possible. In fact, on the heels of NASA's announcement that water still flows on the surface of Mars, Ridley revealed that he was informed long before the general public.

Despite the care put into the scientific aspect, it isn't perfect. For starters, in the real world, we aren't in the position to send a team of astronauts to Mars at the moment (though it's looking like NASA plans to make it happen sooner rather than later)—ergo, "suspension of disbelief" is an important concept.

Still, even when we can enjoy a story for what it is (a story), it's still rather fun to sort through the fact and fiction... especially with ambitious films like "The Martian."

All guesswork aside, say humans really did land on Mars and leave someone behind... How would things play out for our astronaut? How would the Martian landscape change his or her body? BrainCraft and Physics Girl team up to bring us "Your Brain on Mars".

Will you be seeing The Martian? Those that already have, did you enjoy it?