Watch: Stunning Video of an Octopus Walking on Land 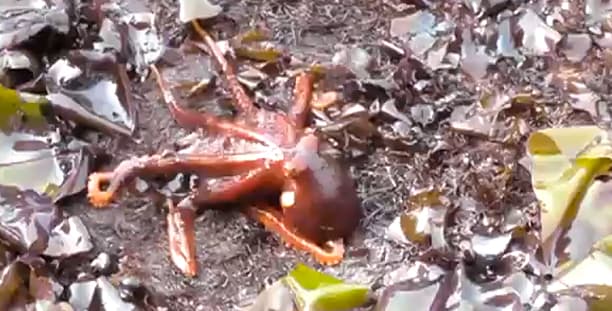 If you didn’t already know, octopuses are, simply put, very incredible, highly-intuitive creatures. From their keen ability to mimic other creatures, to their ever-growing, indisputable displays of intelligence, octopuses are far from the underdogs when it comes to the “most likely creature to take over the world” contest. (Plus… Not that anyone has tested out this theory – to the best of my knowledge, anyway – but they could probably kick your ass in an arm-wrestling match).

But despite all of their awesome qualities, most people have never seen an octopus walk. And they can! As long as their bodies stay hydrated, they can leave the water and maneuver about. Watch it happen below.