This walrus is all of us getting up on the morning after daylight savings. 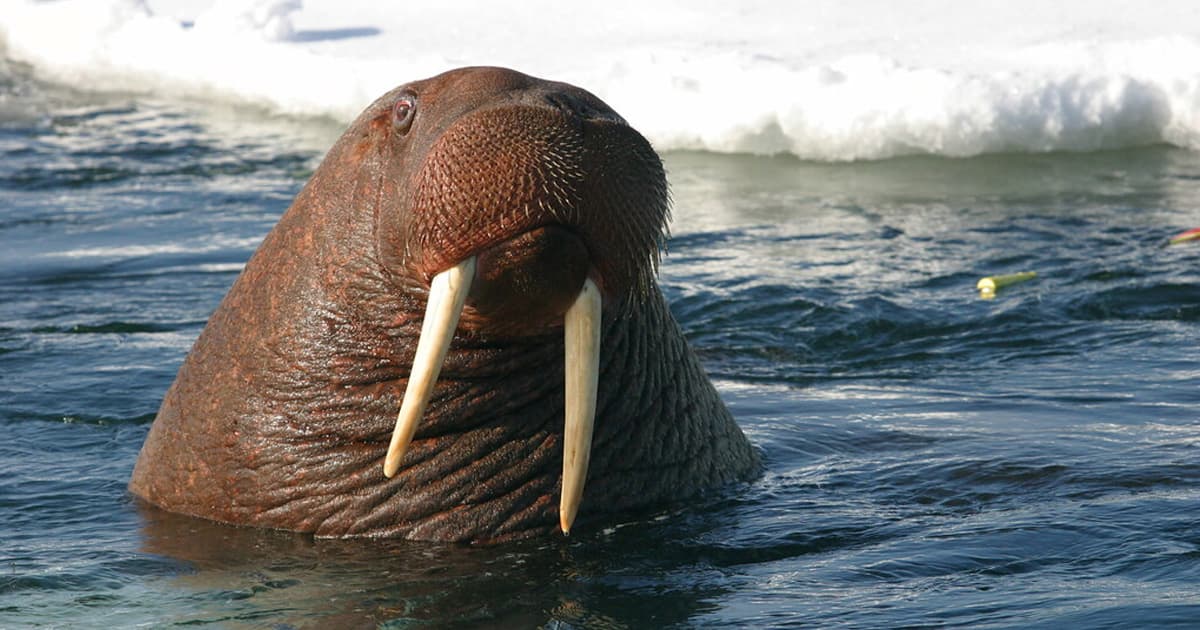 A hapless walrus had a rude awakening — it woke up on an iceberg floating off the northern shore of Ireland, where walruses do not typically live, after drifting all the way from the North Pole.

At least, that's the prevailing theory explaining why the confused walrus was spotted by a young girl on her stroll, British newspaper The Independent reports.

In other words, the walrus is all of us having a rough start to yet another season of daylight savings.

"Myself and my daughter were out walking on the beach down near the lighthouse," Kerry, Ireland local Alan Houlihan told the Independent. "He breached out of the water onto the rocks and gave us a bit of a show."

"I thought it was a seal at first and then we saw the tusks," Houlihan told the Independent. "He kind of jumped up on the rocks. He was massive. He was about the size of a bull or a cow, pretty similar in size, he’s big, big."

A video taken by Houlihan shows the massive mammal awkwardly perched on a nearby rock.

"He was sitting on the rock now kind of posing, at one stage there he threw up a fin and it looked like he was giving us all the birdie," he added.

Walruses of this kind usually calls the Arctic home. Experts believe it may have been possible the poor animal drifted all the way to Ireland after falling asleep on an ice shelf.

Kevin Flannery, marine biologist and director of Dingle Oceanworld, a local aquarium, told The Independent that it's "the first confirmed sighting of a walrus" in Ireland.

"He’s from the Arctic," Flannery said. "I’d say what happened is he fell asleep on an iceberg and drifted off and then he was gone too far, out into the mid-Atlantic or somewhere like that down off Greenland possibly... He would be pretty tired and pretty hungry at this stage."

Before attempting its long journey back, the walrus will hopefully get some much needed rest.

"Hopefully he’ll get a few scallops around Valentia," the biologist told the newspaper. "But at this point, he wants to rest. He’s come from the North Pole, possibly off Greenland."

READ MORE: Girl who spotted Irish walrus has ideas for names – depending on if it’s a boy or a girl [The Independent]

Read This Next
Bye Bye Sea Ice
Scientists Say Arctic Ice Is Thinning Twice as Fast as We Thought
Global Melt Down
Humans Aren’t Solely to Blame for Arctic Ice Melt, Says Report
Futurism
Three Reasons Scientists Are Freaked out by Crazy-High Arctic Temperatures
Futurism
Norway Gets the Go Ahead to Drill Into the Arctic
Futurism
Not All Geoengineering Is as Terrifying as You May Think
More on Earth & Energy
Ancient DNA
1:51 PM on futurism
Scientists Sequence DNA They Found From 2 Million Years Ago
Gross
Yesterday on the byte
Residents Alarmed When Entire River Turns White
Going Hydrogen
Dec 2 on the byte
Airbus to Strap Hydrogen Fuel Cell Engine to Massive Superjumbo Jet
READ MORE STORIES ABOUT / Earth & Energy
Keep up.
Subscribe to our daily newsletter to keep in touch with the subjects shaping our future.
+Social+Newsletter
TopicsAbout UsContact Us
Copyright ©, Camden Media Inc All Rights Reserved. See our User Agreement, Privacy Policy and Data Use Policy. The material on this site may not be reproduced, distributed, transmitted, cached or otherwise used, except with prior written permission of Futurism. Articles may contain affiliate links which enable us to share in the revenue of any purchases made.
Fonts by Typekit and Monotype.