The steering wheel on the futuristic EV folds into the cockpit in self-driving mode. 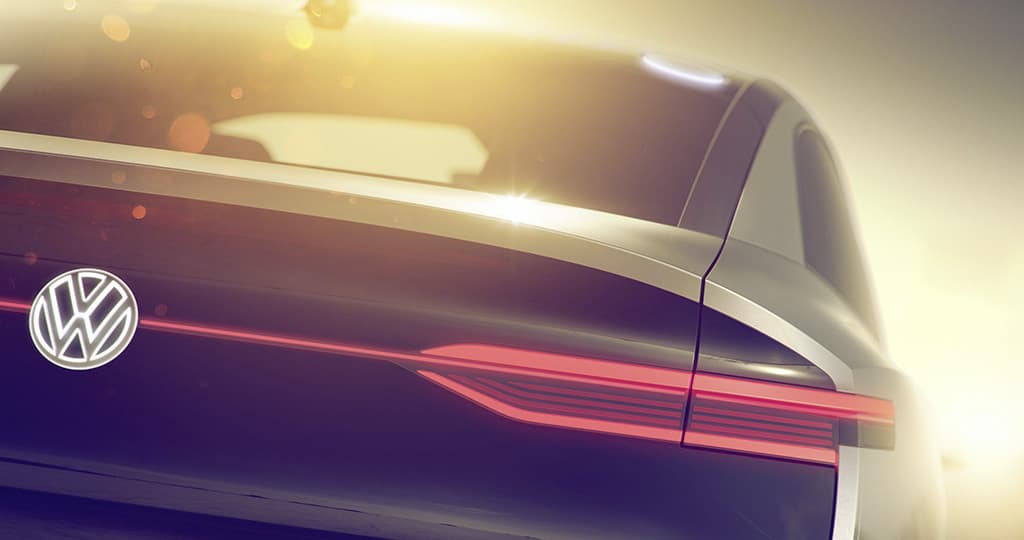 Veteran automaker Volkswagen is set to roll out a new line of zero emission I.D. vehicles by 2020. One of which is a full-electric crossover with autonomous driving features. On April 12, the German car manufacturer released teasers of this concept car, which is set to rival Tesla's Model X.

The electric crossover concept is actually the third in VW's new I.D. lineup, following the hatchback and van concepts. "Volkswagen has set the clearly defined goal of advancing electric-drive vehicles from the status of a startup niche to large-scale production models by the middle of the next decade in a worldwide product offensive," the company said in a statement.

The concept vehicle — a mix between a four-door coupe and a SUV— is set to debut at the Shanghai auto show next week. By pressing the VW badge in the middle of the steering wheel, the crossover shifts into autonomous driving mode, with the steering wheel automatically folding into the cockpit. The car is then maneuvered by signals coming from a combination of laser and ultrasonic scanners, radar sensors, and cameras working in tandem.

VW's goal is to sell 1 million EVs every year by 2025. While that number might seem huge, it's a testament to how VW sees autonomous EVs as the future of personal transport — and they're not the only one.

Apart from Tesla — who's arguably the world's leading EV and self-driving car producer — several other companies have been working on their own autonomous concepts. There's Volvo working with Uber and Google's self-driving vehicle Waymo. Even luxury car designers like Porsche have self-driving concepts. Another notable entry is Faraday Future's FF 91, which is moving closer to commercial release.

The appeal of self-driving cars isn't just in their futuristic factor: they're also expected to save lives. By taking human error out of the equation behind the wheel, that could work out to be roughly 40,000 in the U.S. alone. Even better, many of the autonomous car concepts are also EVs — so it's not just human lives they're saving, but the environment, too.

Read This Next
Kiddy League
Tesla Fans Put Child in Path of Moving Tesla on Self-Driving Mode
Self-Delusion
Experts Alarmed by Videos of Tesla Full Self-Driving Totally Screwing Up
Car Pile Up
Tesla Is Absolutely Spraying Out Cars
Sun Power
Startup Says Its Solar Upgrade for Teslas Adds 60 Miles in Range per Day
No Parking
Condo Association Bans EVs From Parking in Garage, Saying They Pose Fire Risk
More on Advanced Transport
Quelle Surprise!
Yesterday on the byte
Of Course Elon Musk Is Pushing The Cybertruck Back Again, What Did You Expect?
Stay Away
Wednesday on the byte
New SUV Features Electrified Door Handles and Pepper Spray Guns
No Fly
Monday on the byte
The TSA's Entire No Fly List Appears to Have Just Leaked
READ MORE STORIES ABOUT / Advanced Transport
Keep up.
Subscribe to our daily newsletter to keep in touch with the subjects shaping our future.
+Social+Newsletter
TopicsAbout UsContact Us
Copyright ©, Camden Media Inc All Rights Reserved. See our User Agreement, Privacy Policy and Data Use Policy. The material on this site may not be reproduced, distributed, transmitted, cached or otherwise used, except with prior written permission of Futurism. Articles may contain affiliate links which enable us to share in the revenue of any purchases made.
Fonts by Typekit and Monotype.