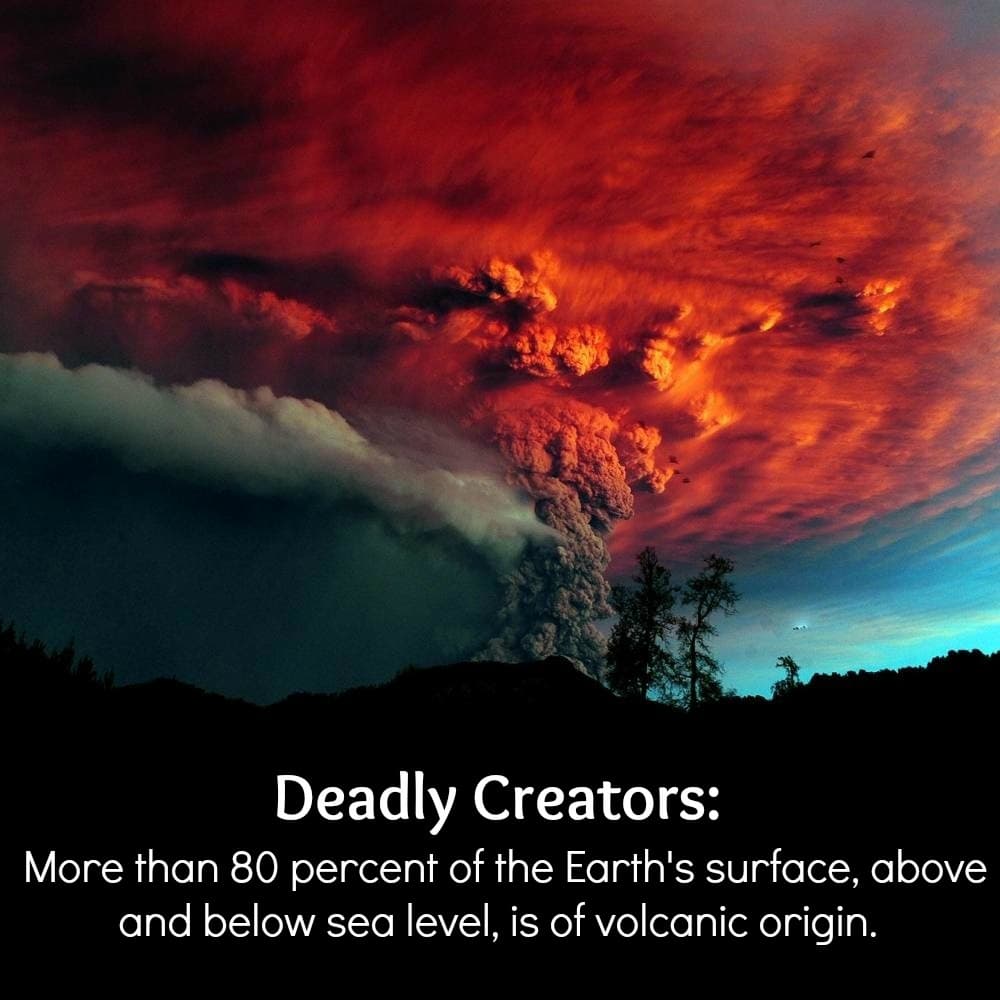 When individuals picture a volcanic eruption, they generally think of a mega-explosion involving torrents of burning lava and gargantuan ash columns towering miles into the sky. There are around 550-600 active and dormant volcanoes currently in the world; however,  75% of them are in a 40,000km horseshoe shape surrounding the pacific ocean.

This is comforting news, but a number of volcanoes still pose a threat to human life. Ultimately, understanding which volcanoes have the greatest potential for damage is necessary to ensure the security of local populations and prevent development in the areas that could be at risk.

One of the primary factors that determines the severity of an earthquake is linked to its physical structure. Making a decision about the type of plate boundary the volcano is located on is the first step, and the only two to plates that produce volcanoes are constructive and destructive boundaries. Collision and conservative plates boundaries don't produce any volcanoes as the magma beneath never experiences low enough pressures or opportunities to reach the surface through cracks. Hot spots are an exception, and they are the only other source of magma away from plate boundaries; generally tending to produce a runny magma.

Constructive plate margins are separating plates. As they separate, they create a low pressure region in between the boundary which allows the mantle material characteristics to change from plastic to molten and spew out the surface relatively quietly as it is very runny and basic. The eruptions are frequent and not usually violent but produce 75% of all of the world's volcanic material. Destructive plate margins produce more intermediate/acidic magma as a result of melting oceanic crust, which is more chemically complicated, in the upper mantle. Destructive volcanoes make up 80% of the world's total, with large pressure build ups and violent eruptions.

The type of magma produced by a volcano is the next important factor one has to consider. Every magma chamber is completely unique in it's chemical composition ratios, as a result of the type of boundary and local geology. If the temperature of the magma is higher the density decreases, making it less explosive - and of course the reverse applies. What is more vital in controlling the hazard risk is the chemistry of the magma as a lower gas content decreases fluidity, but conversely, if the magma has a higher silica content it becomes thicker and any trapped gas that is suddenly released results in the explosion becoming more powerful.

Next, scientists have to consider is the proximity of the volcano to population centres. The most dangerous examples include Japan, Indonesia, and the Philippines as they are, by nature, volcanic zones that wouldn't exist if it weren't for plate tectonics, and these countries also have very high population densities. 1 million people live within a few kilometers of Vesuvius, which is by no means extinct, but the high fertility on the mountain's slope provide an irresistible agricultural area. The irony in this situation is that the fertility is a result of the breakdown of volcanic rock and ash from past millennia that devastated previous populations.

Some volcanoes, such as those along the Mid-Atlantic Ridge in Iceland, erupt nearly continuously so that they are easily predicted and even promoted for the tourism industry. Buildings may get damaged by lava or other forms of ejected material, but for those running hotels etc., the business periodic damages are worth the risk to build maintain. But for infrequent eruptions, the history of the volcano may not be in living or past memories and so people are less inclined to worry about an 'inactive' volcano, and so if development happens rapidly the frequency of eruption may have a big impact of the perception of a volcanic hazard.

Many of the world's LEDCs in tectonic/volcanic zones can afford scientific research into predicting and monitoring volcanoes and therefore are able to control where they build and save lives using evacuation, although this can sometimes ruin future credibility of warnings if a volcano doesn't erupt. But some either choose not to use appropriate measures for protection and prevention or don't have the money to fund such projects, and therefore put their populations at risk. As the Romans found out - volcanones do not cease just because you do not realize that the 'mountain' you are living next to is not just a dormant mound of dirt.

The lack of knowledge is compounded by the fact that rich and fertile soils develop as a result of the breakdown of lava fields and ash due weathering or hydraulic action. Many volcanic slopes have groves, orchards, or rice fields. Another resourceful reason is the mining benefits; metamorphic processes produce some highly prized minerals as well as other valuable stones such as diamond that reach the crust through volcanic vents or intrusions. Rising magma may also lift precious or rate metals into the crust, including gold, copper, lead, and zinc.

Other advantages for living near volcanoes includes the possibility for geothermal power. Iceland uses the vast amount of water heated naturally underground to heat homes, swimming pools, greenhouses, and even the pavement. The availability of energy is also useful for electrolysis ,which requires a lot of power. This means that the aluminium industry is large and efficient here. The country also benefits greatly from tourism, as people flock from around the globe to witness eruptions, geysers and visit the famous hot springs that are dotted across the landscape and exist all year round.

We've established that not all volcanoes are hazardous and there are a large number of physical and human factors that will decide whether an eruption is deadly or not. Sometimes the benefits of taking the risk of living close the volcano will outweigh the possible devastation that populations could be subjected to. We are very far away from being able to reliable predict (much less control) volcanic eruptions, but the work being done by scientists into understanding how volcanoes work is essential in order to take positive steps necessary to protect life.