You can't even visit it yet. 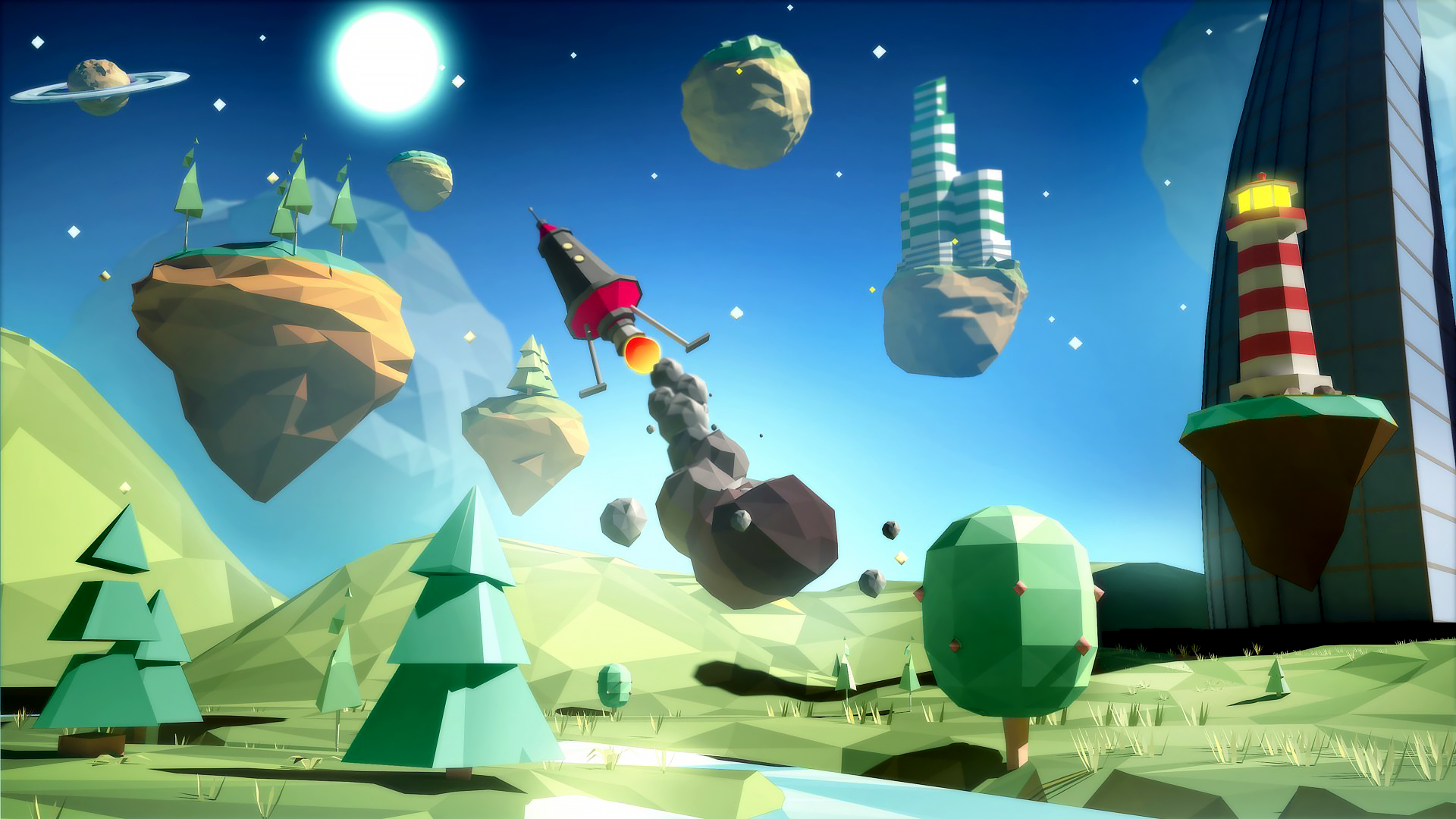 A plot of land that you can call your own. A couple of thousand square feet of untouched soil, trees and all, where you can let your imagination run wild.

A dream come true, right? Well, sort of. This is "virtual real estate."

And you can't even visit it yet.

Genesis City is a plot of virtual land, roughly the size of Washington, D.C., that investors can buy slices of for obscene amounts of money. Even a simple 1,100 square foot plot can go for as much as $200,000, according to Bloomberg.

This bizarre bubble market was born from the promise of a VR future. Ray Kurzweil has predicted that, in a matter of years, physical workplaces will be a thing of the past, replaced by virtual ones. By 2020, virtual reality and augmented reality are predicted to rake in an estimated $162 billion in revenue. So, naturally, if there's real estate to be had (even if it's virtual), people will pop up to buy and sell it.

The company behind Genesis City, called Decantraland, had its initial coin offering (ICO) in August of last year. The company offered interested buyers a chance to exchange their MANA (their own cryptocurrency based on the Ethereum blockchain) for virtual "LAND" (parcels of 1,100 square feet each or 10 by 10 meters).  Its ICO raised a whopping $26 million in just 30 seconds from private investors, enthusiasts, and VR companies. Like all cryptocurrencies, there's a ledger for the marketplace as the "LAND" changes hands.

Decentraland has ambitious plans to flesh out Genesis City and turn it into a (virtual) metropolis. The community of landowners is already discussing mixed zoning and entertainment districts like Vegas City, an area dedicated to gambling (nothing has been programmed yet, but, hey, they have a constantly-changing map!).

Eventually, users will be able to "go to a casino, watch live music, attend a workshop, shop with friends, [or] start a business" in Decentraland via a web browser or VR headset, according to its official site.

It all feels very much like a well-organized, crowdsourced game of Sim City — except that investors would hate if you called it a game. Instead, in forums on Github, Slack, and Reddit, potential users are already calling Decentraland a platform, not a game — it's something you build on top of, and can basically be anything (it's not a 3D space with a story built around it as a game would be).

Oh, and real money is being exchanged. There are real stakes, and no guarantees that LAND-owners will ever see a return on their investments. Or even get to visit that expensive LAND — there's no stated date when Genesis City will open to the public.

That hasn't stopped people from forking over truly mind-blowing amounts of cash. Back in January, a plot of LAND went for around $2,000. But just two months later, prices shot up to over $175,000 for the same amount of "land." And like many other crypto-based get-rich-quick schemes, early adopters were rewarded with very handsome returns on their investment through reselling their own plots. Commercially-zoned plots in particular were generating large sums of money; central, "high-traffic" areas (again, no one has visited) going for close to $150,000 according to Bloomberg, bought by credit company Rivio.

To put those prices into perspective, Second Life — a virtual world that promises to give its users a second chance — sells private plots of 256 by 256 meters for just $600.

As with any blockchain-based exchange, the value is determined by scarcity, and desirability. There's a set amount of LAND, and every couple of hours or so, it's being bought or changes hands, suggesting there's still plenty of momentum. But there's no telling what will happen to the market once the last plot of LAND is bought.

The real gamble isn't on Genesis City, on Decentraland, on cryptocurrency, or even really on real estate. The question at the heart of this preposterous bubble is: will people really be hanging out in VR?

Based on the enthusiasm and sheer amount of money being invested here, perhaps the gamble isn't such a bad one, after all.

Read This Next
Hot Chick
Madonna Releases Extremely Explicit NFT Collection
From Our Partners
Ready to Start Making Big Returns on Your Retirement Money? RocketDollar Can Help.
From Our Partners
Can't Wait For November 26th? Save On These Pre-Black Friday Doorbusters Deals Now!
From Our Partners
Augmented Reality Eyewear Is The Future, And It Is Not Too Far Off
Brands We Love
If You’re Ready To Invest in Crypto, Here’s the Best Place To Start
More on Sci-Fi Visions
HIV Vaccine
Dec 2 on neoscope
Scientists Hopeful About Promising Results From HIV Vaccine
LIfe Finds a Way
Dec 1 on the byte
Billionaire Private Astronaut Suggests Reviving Dinosaurs
Health Revelation
Nov 22 on neoscope
Chris Hemsworth Reveals Grim Genetic Test Results, Will Take Break From Acting
READ MORE STORIES ABOUT / Sci-Fi Visions
Keep up.
Subscribe to our daily newsletter to keep in touch with the subjects shaping our future.
+Social+Newsletter
TopicsAbout UsContact Us
Copyright ©, Camden Media Inc All Rights Reserved. See our User Agreement, Privacy Policy and Data Use Policy. The material on this site may not be reproduced, distributed, transmitted, cached or otherwise used, except with prior written permission of Futurism. Articles may contain affiliate links which enable us to share in the revenue of any purchases made.
Fonts by Typekit and Monotype.