A Breakthrough: Actual Video of a Time Crystal 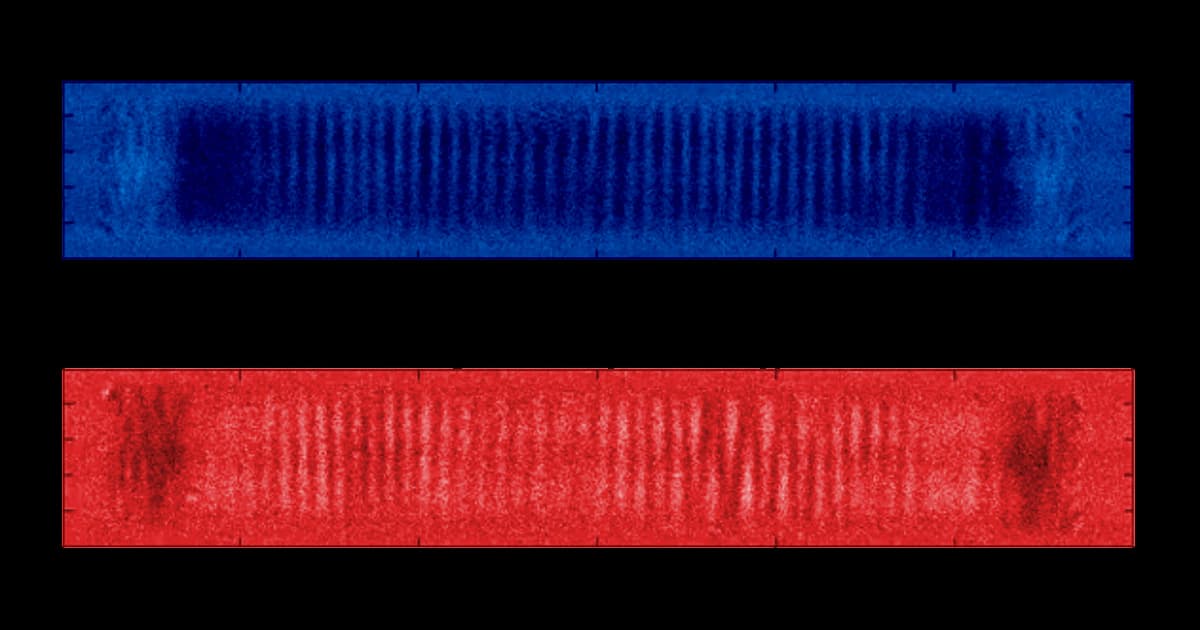 For the first time ever, researchers were able to catch space-time crystals on camera using a transmission X-ray microscope.

Time-crystals aren't the subject of a corny sci-fi novel. They're the time-space progression of crystals, a solid material made up of a crystal lattice, a highly ordered collection of atoms.

Time crystals not only form a repeating atomic lattice structure, they occur symmetrically over time as well — continuously rearranging themselves to periodically form their original structure.

Now, an international research team — one that's a collaboration between scientists from the Max Planck Institute for Intelligent Systems and the Polish Academy of Sciences in Poznań in Poland — caught micrometer-sized space-time crystals made out of magnons, a quasiparticles made up of collectively excited electrons spinning in a pattern, on video for the very first time.

So far, observing time-crystals has been exceedingly difficult. Researchers have only been able to observe the phenomenon in nanometer-sized structures that were super-cooled to extremely ow temperatures.

This time around, the team was able to observe much larger space-time crystals on a micrometer scale at room temperature.

"We took the regularly recurring pattern of magnons in space and time, sent more magnons in, and they eventually scattered," Nick Träger, a doctoral student at Max Planck Institute for Intelligent Systems, co-author of the paper appearing in the journal Physical Review Letters, said in a statement.

"Thus, we were able to show that the time crystal can interact with other quasiparticles," Träger said. "No one has yet been able to show this directly in an experiment, let alone in a video."

To create the video, the team beamed radio-frequency currents through a small strip of magnetic material at the end of a microscopic antenna. The resulting microwave field caused the magnetic field of the material to oscillate.

These magnetic waves then created recurring patterns that repeated themselves not only over space but time as well.

The researchers were shocked at how stable and widespread such time-crystals were, which may mean that these magnons could eventually make the jump out of the physics lab, and into the real world.

"Our crystal condenses at room temperature and particles can interact with it – unlike in an isolated system," lead author Pawel Gruszecki, a scientist at the Faculty of Physics of the Adam Mickiewicz University in Poznań, said in the statement.

"Our crystal condenses at room temperature and particles can interact with it – unlike in an isolated system," he added. "Moreover, it has reached a size that could be used to do something with this magnonic space-time crystal. This may result in many potential applications."

More on time crystals: Scientists Observe “Time Crystals” Interacting With Each Other

Read This Next
Space and Stuff
Scientists Say the Universe Itself May Be "Pixelated"
Dr. Strange
Scientists Observe "Time Crystals" Interacting With Each Other
Futurism
Here's How You Could Survive Being Sucked Into a Black Hole
Futurism
We Can't Alter The Flow of Time But, According to Physics, We Can Bend It
Futurism
A New Breakthrough in Quantum Computing is Set to Transform Our World
More on Hard Science
Good God
Yesterday on the byte
Huge Cloud of Toxic Yellow Gas Kills 13
zombie star
Yesterday on futurism
Scientists Puzzled by Star That Exploded in Supernova But Somehow Survived
Life on Mars
Jun 21 on the byte
Physicist Says There's a Small Chance You'll Wake Up on Mars Tomorrow Due to Quantum Physics
READ MORE STORIES ABOUT / Hard Science
Keep up.
Subscribe to our daily newsletter to keep in touch with the subjects shaping our future.
+Social+Newsletter
TopicsAbout UsContact Us
Copyright ©, Camden Media Inc All Rights Reserved. See our User Agreement, Privacy Policy and Data Use Policy. The material on this site may not be reproduced, distributed, transmitted, cached or otherwise used, except with prior written permission of Futurism. Fonts by Typekit and Monotype.