Vibranium: Hyperloop Pods Will be Made From Super-Light "Smart Skin" That's 10X Stronger Than Steel 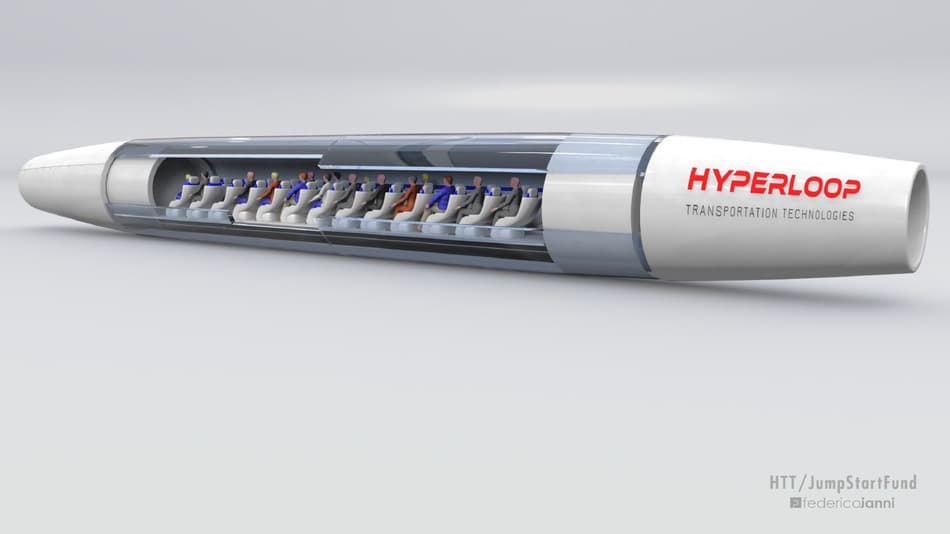 The idea behind the so-called "Hyperloop" system—which was first proposed in a 2013 white paper by Elon Musk, SpaceX founder and technological Tiresias—is pretty revolutionary stuff.

The system would replace current methods of travel with an entirely novel, intracontinental ground-based transportation system. And it would be a ground-based system that involves immense conduits snaking between major population centers, with capsules  propelled along at 1,223 kp/h (760 mph) in the near-vacuum of the elevated tubes.

It's a tall order with a lot of technical challenges, and in order to make it happen, engineers from various disciplines have had to rely on their genius to develop all manner of new technologies—from the propulsion system to advanced maglev tech to figuring out how to exhaust air from the pneumatic Hyperloop tubes.

And now they've even devised a novel and very futuristic material for use in building the Hyperloop capsules—no "dumb" metals and alloys here. Meet "Vibranium," the stuff that dreams are made of.

Fit For a Hero

Vibranium is the brainchild of Hyperloop Transportation Technologies (HTT), one of several companies striving to reify Musk's lofty dream. If it sounds familiar it's no surprise: HTT's Vibranium is named after the magical unobtainium used to fashion Captain America's very fancy and very patriotic shield (no word yet on whether HTT has obtained the necessary copyright clearance).

But the real Vibranium is something special indeed. It's a "smart" material, plugged-in and innervated with thousands of sensors designed to wirelessly transmit diagnostic information, relaying real-time data on temperature, damage, structural integrity, etc.

"The material communicates issues immediately and the Hyperloop capsule would be taken out of circulation for maintenance," explains an HTT release.

Which means it's some pretty nifty stuff.

HTT's Vibranium comes out of a partnership with a Slovakian company called C2i, which makes carbon fiber for automobiles and aircraft. HTT has also entered into an agreement with the Slovakian government, as part of a proposed European Hyperloop system meant to connect Austria with Hungary.