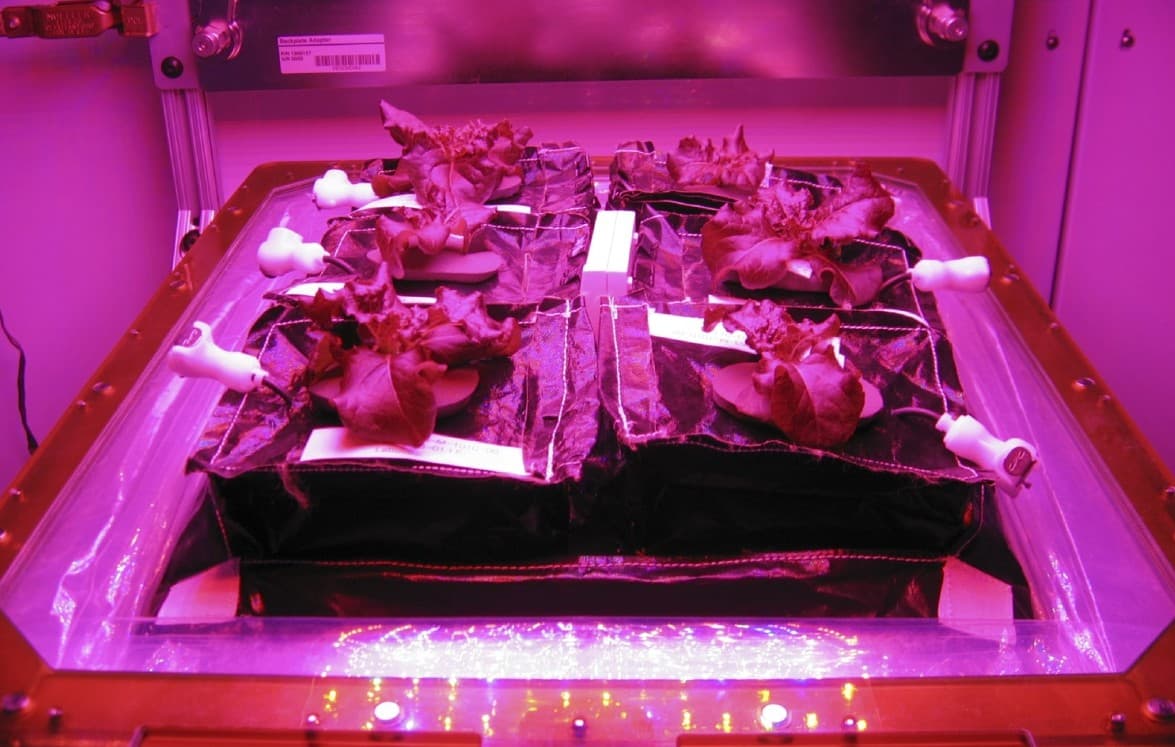 With a manned mission to Mars set for 2018, the International Space Station (ISS) has taken another step in deep space exploration: they have grown their own lettuce in space! Veg-01—the experiment's nickname—was devised in a bid to make spacecrafts more self-sustainable.

When humans venture farther from our blue marble, being able to grow our own food will become increasingly important. Presently, the ISS keeps enough food for six months—when resupply flights generally return. Given how costly it is to even send something into space, the system is far from ideal. And, of course, it simply won't work for manned missions. Therefore, self-sustainability is an important concept.

As an added bonus, there are health and psychological benefits to growing and harvesting your own food. The micro-agriculture provides astronauts with healthier and more fulfilling food, while the preparation of food can be therapeutic. If anyone needs these benefits, it's the people who may one day spend years cooped up in a tiny spaceship as they travel to unexplored places in our solar system.

In addition to having "a positive impact on people’s moods," the antioxidants in red lettuce help ward astronauts against space radiation—one of the biggest dangers posed to humans in space.

Taste, according to astronauts, changes in space; or, at least until the body adjusts to space conditions. Astronaut Chris Hadfield, in 2013, explained that blood flow misdirection caused congestion and clogged sinuses that made food taste prosaic or essentially tasteless. So this was a much-needed development.

Above all else, with advancements like these, manned space flight will become more practical on both a technological and psychological level.

In case you were wondering whether space lettuce tastes better than Earth lettuce, when the crew of Expedition 44 harvested the red romaine lettuce on Monday, astronaut Scott Kelly reportedly remarked that it “tastes good. Kinda like arugula.” Aside from being a leafy green member of the mustard family, Arugula is also the name of a rocket. Pun intended, I suppose! Successfully