It can transform into a shuttle, a bus, a cargo van, or even a mobile storefront. 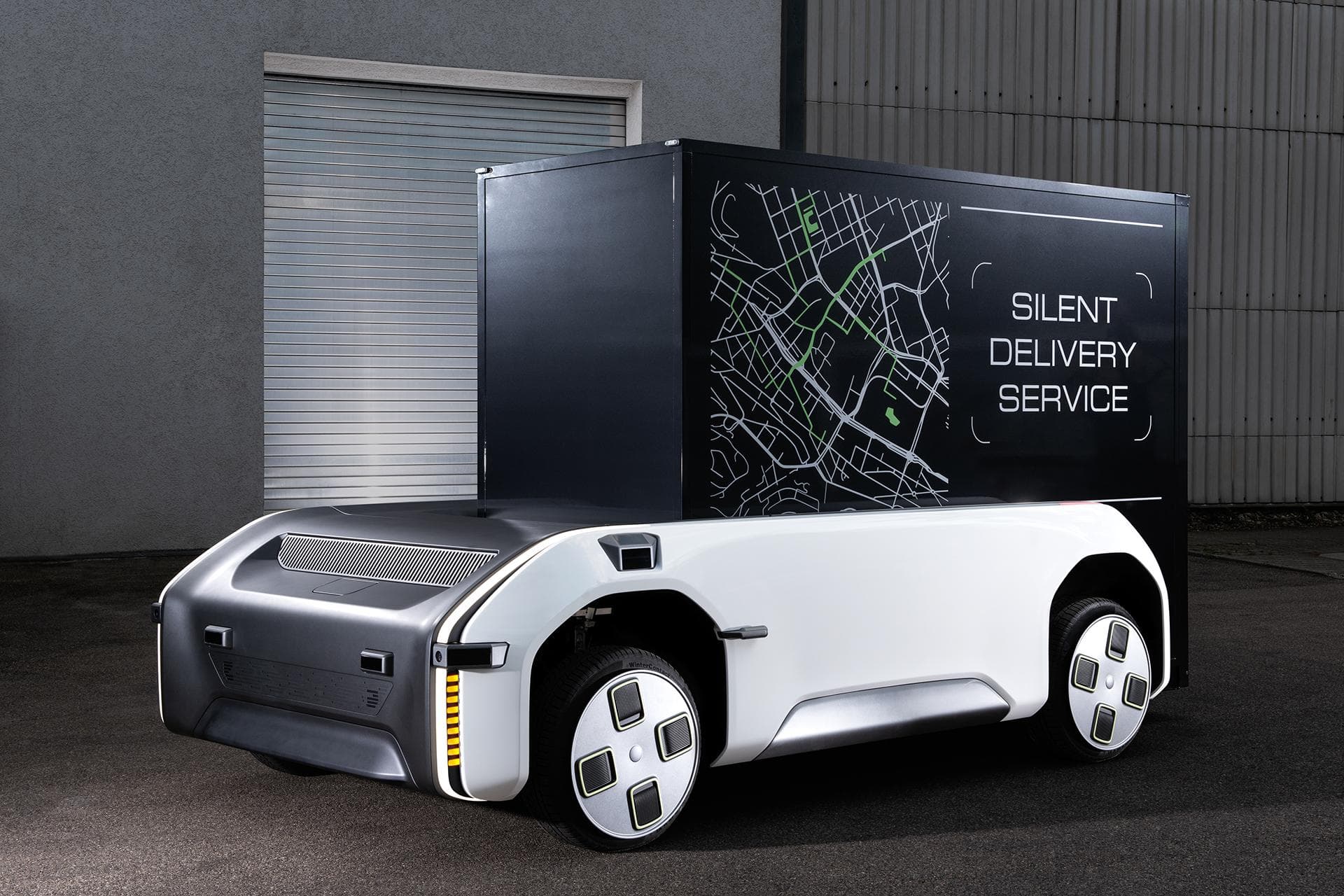 While it wasn't busy commanding a mole to dig through the Martian topsoil, German Aerospace Center (DLR) has come with a futuristic vehicle concept unlike anything we've seen before.

Its U-shift vehicle concept is designed to transform itself into anything from a cargo pod, an on-call bus, or even a mobile sales vehicle. It does so by switching out capsule-like structures attached to the top, reminiscent of a scaled down semi truck.

The outrageous concept lies extremely low to the ground, as there's no need for a driver's seat — the system is designed to drive entirely by itself.

DLR claims the capsules would be cheaper than other specialty-use vehicles — since they don't require building an entirely new drivetrain every time — and can serve a whole host of different purposes.

The concept's cargo capsule alone has enough space for four pallets or eight rolling cabinets, according to the center. The passenger pod is big enough to seat seven, plus an extra folding seat.

DLR is now focused on beefing up the concept's drivetrain, install networking hardware, and make other improvements including a new battery system.

More on modular vehicles: Startup Thinks Its Modular Car Design Is the Future of EVs

Read This Next
Red Light
Godfather of Self-Driving Cars Says the Tech Is Going Nowhere
Electric Fleet
All New Public Buses in California Have to Be Electric by 2029
Futurism
Tesla Is Allegedly Partnering With AMD to Build Its Own Autonomous Chips
Futurism
Tesla Confirms an Autopilot Hardware Update for All New Vehicles
Futurism
Tesla's Model 3 May Already Be Set Up for Autonomous Driving
More on Advanced Transport
Kapow
Yesterday on the byte
Self-Driving Car Plowed Into Active Fire Scene, Forcing Firefighters to Smash Its Window
Netflix and Drive
Monday on futurism
Mercedes Claims to Have Achieved Level 3 Automation, Beating Tesla
Battery Trouble
Monday on the byte
Tesla "Spontaneously" Bursts Into Flames While Driving Down Freeway
READ MORE STORIES ABOUT / Advanced Transport
Keep up.
Subscribe to our daily newsletter to keep in touch with the subjects shaping our future.
+Social+Newsletter
TopicsAbout UsContact Us
Copyright ©, Camden Media Inc All Rights Reserved. See our User Agreement, Privacy Policy and Data Use Policy. The material on this site may not be reproduced, distributed, transmitted, cached or otherwise used, except with prior written permission of Futurism. Articles may contain affiliate links which enable us to share in the revenue of any purchases made.
Fonts by Typekit and Monotype.