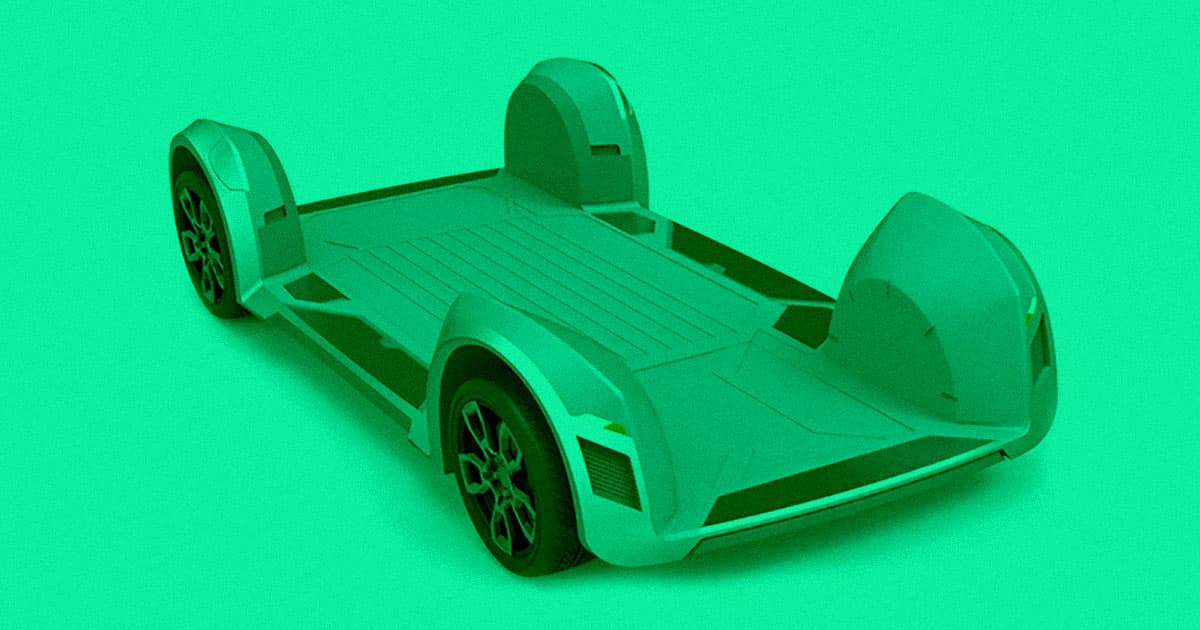 Startup Thinks Its Modular Car Design Is the Future of EVs

They packed everything normally found under an EV's hood into its wheels.

They packed everything normally found under an EV's hood into its wheels.

Today's electric vehicles aren't terribly different, design-wise, from their combustion engine counterparts — with rare exception, you're likely to find the motor, transmission, and other drive components all under the hood.

Israeli startup REE, however, decided to take a completely different approach to designing EVs — putting everything typically found under the hood of a car into its wheels.

"Until now, the industry has operated by making incremental improvements on the traditional design of the automotive vehicle," REE CEO Daniel Barel said in a press release. "At REE, we believe that in order to hasten the automotive revolution we need to reinvent the wheel — quite literally."

The modular car platform REE unveiled at the TechCrunch Mobility event on Wednesday doesn't look so much like an electric vehicle as it does a large skateboard — and that's a major part of its appeal.

The idea is that an automaker could build any type of electric vehicle — from a golf cart to a pickup truck — right on top of the modular car platform.

"The single biggest expenditure for an OEM auto manufacturer is the platform, developing and validating it," Barel told New Atlas. "It costs billions, it takes years... We went in and said 'what if you might need only one? That might be worth something.'"

More on modular cars: Op-Ed: Lego-Like Customization Will Give Us Autonomous Vehicles We Never Imagined

Cargo Ja
German Space Agency Shows Off Outrageous Modular Vehicle Prototype
9. 21. 20
Read More
Bring the Noise: Why Electric Vehicles Need to Make More Sound, Right Now
5. 10. 18
Read More
Norway Is Aiming for All of Its Short Flights to be Electric by 2040
1. 18. 18
Read More
+Social+Newsletter
TopicsAbout UsContact Us
Copyright ©, Camden Media Inc All Rights Reserved. See our User Agreement, Privacy Policy and Data Use Policy. The material on this site may not be reproduced, distributed, transmitted, cached or otherwise used, except with prior written permission of Futurism. Articles may contain affiliate links which enable us to share in the revenue of any purchases made.
Fonts by Typekit and Monotype.