Op-Ed: Lego-Like Customization Will Give Us Autonomous Vehicles We Never Imagined

The energy and imagination of the DIY community, but for AVs. 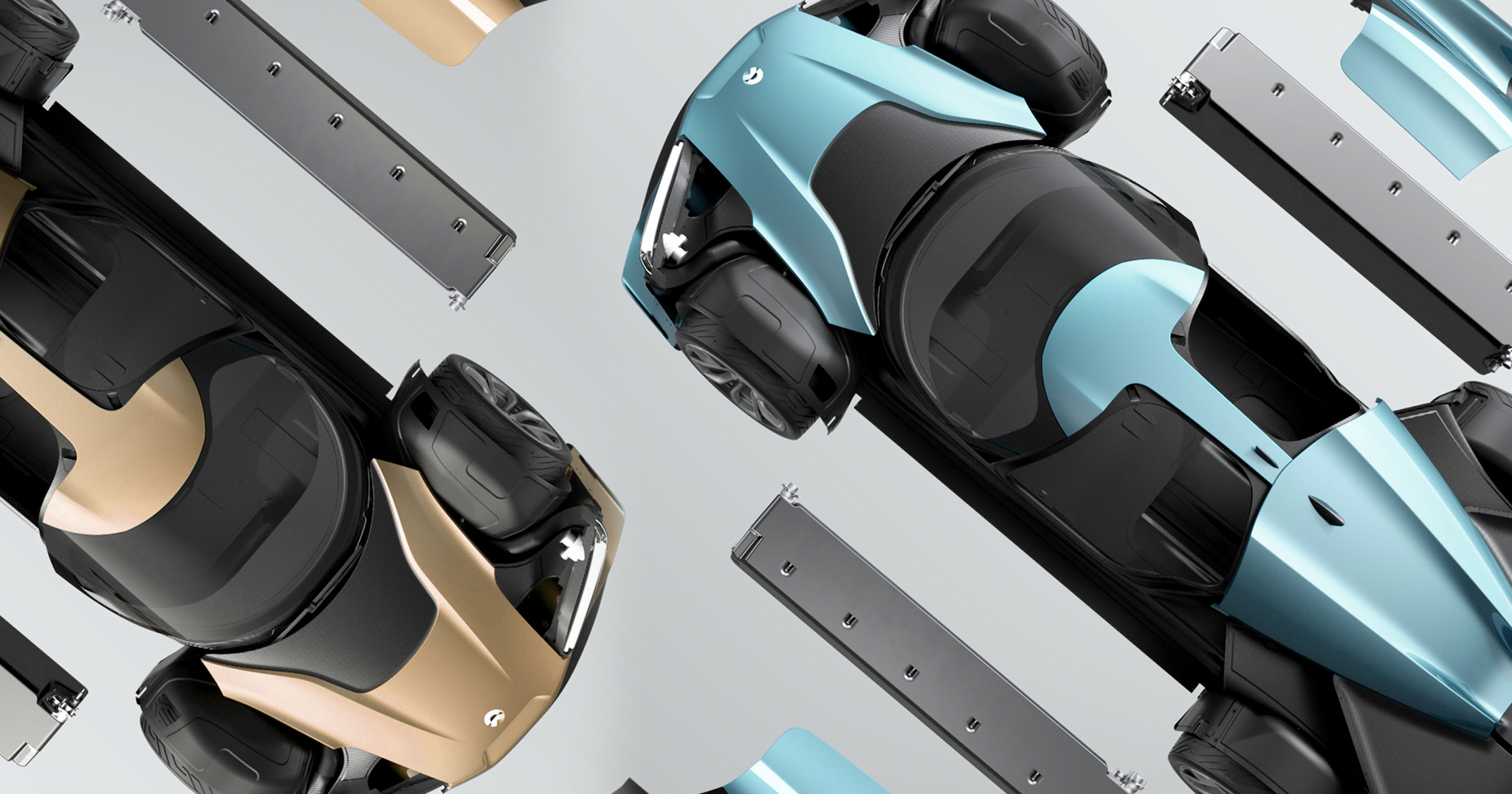 If the digital age had a slogan, it would be: do it your way.

Computers have always been customizable. In the early era of personal computers, DIYers were ordering motherboards, CPUs, and other parts online, putting together their own personal computers. Gamers, engineers, and computer enthusiasts often built DIY computers because they demanded more performance from a specific component than the average user or wanted to upgrade certain components to fit their needs. The practice continues today — even the versatile computer Raspberry Pi has inspired an ever-growing community of enthusiasts to build their own simple robots, from remote-controlled cars to simple online games.

The future advantages of AI and robotics can only be ours if we act as creators, not just consumers, of this new technology, no matter whether we have an engineering degree or not. The vehicles and robots that move us through space shouldn’t be an exception.

I believe that there is a true "human" cost to the way we travel today. According to The Boston Consulting Group (BCG), Americans spend a total of 30 billion hours per year driving, sitting in traffic, or looking for a parking space. Clearly, there must be more valuable ways to spend our time. But more importantly, we feel that cost most in terms of safety. Estimates from the National Safety Council estimates more than 40,000 people died in motor vehicle deaths in the US in 2017.

Realistically, we are about five to 10 years away from safe, convenient method of travel. The technology simply isn’t mature enough yet. “Today’s systems aren’t robust substitutes for human drivers, ” the nonprofit Insurance Institute for Highway Safety (IIHS) determined in its assessment of five autonomous vehicles.

But there’s a bigger picture here. Thinking of autonomous vehicles only in terms of cars on the road points to a failure of imagination — citizens from all walks of life can have a role in building machines that truly serve their needs. A mobile grocery store that drives itself could deliver meals to underserved communities that might not have had access previously. Even IKEA's R&D division revealed several concepts to reimagine workspaces, cafes and even healthcare.

I think we should apply a Lego-like approach to building autonomous vehicles and robots.

That way, developers can use the basic modules as building blocks and create the autonomous vehicles and robots that perfectly fit their own needs — whether that’s for a vehicles that’s cheaper, more efficient, safer, faster, to serve a specific purpose or to simply fulfill a creative vision. This plug-and-play concept would encourage people to have fun building their own autonomous machines, but it can be a lot more. If the process to build an AV was simple enough to build with modularized key components, even individuals with only a basic understanding of engineering could easily integrate those five or six elements to build their own autonomous vehicle.

A car or robot, like a computer, is the sum of its parts. You do not need to physically build a computer chip to design your own PC. The same could be true for autonomous vehicles. The sensor components, a customizable chassis based on your specific needs for the vehicle and labor should be all that is required. I propose that modular autonomous vehicles can be broken down to six key components:

A modular approach to building one’s own autonomous vehicles or robots makes the process much simpler — developers would only need to understand and follow the specifications. Early adopters with a basic background in engineering could create an autonomous vehicle that is personalized and solves a specific need. An autonomous vending machine for college campuses, a farm to table delivery vehicle for produce or a library on wheels — all possibilities.

And this versatility can provide practical value beyond the highway-ready AV. A farmer, for instance, can use the resources and knowledge already available in textbooks and manuals to build their own autonomous machine to spray or irrigate the land.

But for this modular approach to be truly widespread, we first need to design a unified interface for different components so that we can plug in the different sensor components without redeveloping the whole system. For instance, to track the robots' location in real time, developers can use an accurate GPS system when the vehicle is outdoors, and easily swap to a computer vision system if vehicle is indoors. As long as these two modules provide the exact same interface, the developers do not have to rewrite their codes to make the change.

A Lego-like, or modular approach, is not just about making it simpler for engineers to design and build AVs. It's about building a community of like-minded individuals with a passion for technology and a DIY ethic who can find new applications for autonomous machines. Drone hobbyists, Linux users, and Maker Faire participants have all worked within similar enthusiastic communities and, often unintentionally, set the stage for the development of emerging new technologies. While we may not be on the highway going to work in our autonomous vehicles tomorrow, there are many more applications of autonomous machines that DIYers can start develop as a community today.

I believe we are at a unique juncture of our history. We, as individual citizens, can re-imagine how robotics can be used to address new facets of how we live, work, travel and play. We simply can’t afford to let others shape our lives with uses for robots, AI, and autonomous machines. We must learn the skills to create, the way students today are encouraged to learn to code. It’s not about becoming engineer — instead, it’s more about becoming someone who creates instead of consumes. It’s also about understanding how technology works as it becomes increasingly pervasive in our lives. That’s the approach we need to ensure that we as humans — with all of our creative energy, brilliance and capacity to care for others — are in the driver’s seat of the coming Age of Robotization.

Shaoshan Liu is the founder of Perceptin, a company that creates parts of autonomous vehicles.

Read This Next
Kiddy League
Tesla Fans Put Child in Path of Moving Tesla on Self-Driving Mode
Self-Delusion
Experts Alarmed by Videos of Tesla Full Self-Driving Totally Screwing Up
Empty Seat
Waymo Ditches Human Safety Drivers in Its Self-Driving Taxis
Shuttle Butt
We Took a Ride on NYC's First Self-Driving Shuttle
Drive This Way
White Paper: These 12 Principles Are Shaping the Future of Autonomous Cars
More on Advanced Transport
High Tide
Jan 27 on the byte
We’re in Awe of Amsterdam’s Huge Underwater Bike Parking Garage
Quelle Surprise!
Jan 26 on the byte
Of Course Elon Musk Is Pushing The Cybertruck Back Again, What Did You Expect?
Stay Away
Jan 25 on the byte
New SUV Features Electrified Door Handles and Pepper Spray Guns
READ MORE STORIES ABOUT / Advanced Transport
Keep up.
Subscribe to our daily newsletter to keep in touch with the subjects shaping our future.
+Social+Newsletter
TopicsAbout UsContact Us
Copyright ©, Camden Media Inc All Rights Reserved. See our User Agreement, Privacy Policy and Data Use Policy. The material on this site may not be reproduced, distributed, transmitted, cached or otherwise used, except with prior written permission of Futurism. Articles may contain affiliate links which enable us to share in the revenue of any purchases made.
Fonts by Typekit and Monotype.