Uber Is Going to Start Recording Audio During Rides

It wants users to feel like "the lights are on" when they're in an Uber. 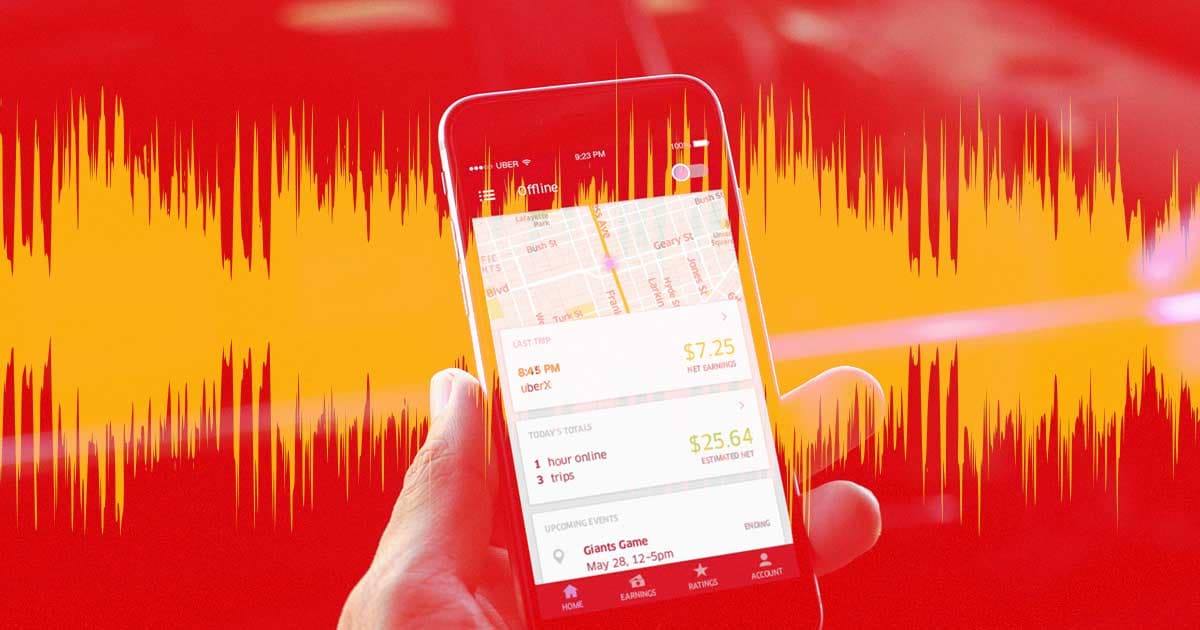 Soon, both Uber drivers and passengers will have the option of recording audio during their rides.

According to internal Uber communications viewed by The Washington Post, the goal of the new feature is to increase safety — but it's easy to see how the move could be less about Uber looking out for its users and more about the company protecting its own interests.

Uber will launch the new feature in several cities in Mexico and Brazil in December. Before the company can roll it out in the United States, though, it will need to figure out how to avoid violating recording consent laws, which can vary depending on the state, Uber wrote in an email viewed by The Post.

The feature won't tell drivers and passengers if the other has chosen to record a specific ride. Rather, Uber will issue a "blanket warning" to users about the possibility of recording in areas trialing the feature.

"When the trip ends, the user will be asked if everything is okay and be able to report a safety incident and submit the audio recording to Uber with a few taps," an Uber executive wrote an email viewed by The Post. "The encrypted audio file is sent to Uber’s customer support agents who will use it to better understand an incident and take the appropriate action."

Sachin Kansal, Uber’s head of safety products, told The Post in an interview that the company hopes the feature will give both drivers and passengers the feeling that "the lights are on" when they're in an Uber.

"That leads to safer interaction on the platform," he added.

It's hard to take claims that Uber's predominant worry is safety at face value, though.

Driver misconduct has long been a thorn in Uber's side, with the company on the receiving end of allegations of everything from sexual harassment to rape — and even violent death. The Post found during an explosive investigation in September that the primary purpose of the company's internal safety division is to shield Uber from liability — not necessarily protect passengers.

As an added bonus, the knowledge that a rider may have chosen to record a ride might even be enough dissuade unscrupulous drivers from acting inappropriately in the first place, like an all-hearing Big Brother — and what does driver privacy matter if it can save Uber from some legal woes?

READ MORE: Uber plans to start audio-recording rides in the U.S. for safety [The Washington Post]

Read This Next
Uber Bad
If This Leak Is Real, Uber Is in Huge Trouble
Mixed Feelings
Uber's "Safety Driver" During Deadly Self-Driving Car Crash Charged With Negligent Homicide
Futurism
Ride-Hailing Apps Linked to an Increase in Binge Drinking
Public Trust
Just 19 Percent of Americans Trust Self-Driving Cars With Kids
Car Case
Prosecutors: Uber Isn't Criminally Liable for Self-Driving Car Death
More on Advanced Transport
Pepsi Semi
Dec 2 on the byte
Tesla Semi Truck Drives 500 Miles Fully Loaded
Out With a Bang
Nov 29 on the byte
Driver Says His Ford F-150 Lightning Made a "Loud Boom" and Died When He Plugged It In
Deep in a Hole
Nov 29 on the byte
Something Very Weird Is Going on at Elon Musk's Boring Company
READ MORE STORIES ABOUT / Advanced Transport
Keep up.
Subscribe to our daily newsletter to keep in touch with the subjects shaping our future.
+Social+Newsletter
TopicsAbout UsContact Us
Copyright ©, Camden Media Inc All Rights Reserved. See our User Agreement, Privacy Policy and Data Use Policy. The material on this site may not be reproduced, distributed, transmitted, cached or otherwise used, except with prior written permission of Futurism. Articles may contain affiliate links which enable us to share in the revenue of any purchases made.
Fonts by Typekit and Monotype.