Twitter Cofounder Says Elon Musk Is "Not a Serious Person"

"He does things for sport that have serious consequences for real people." 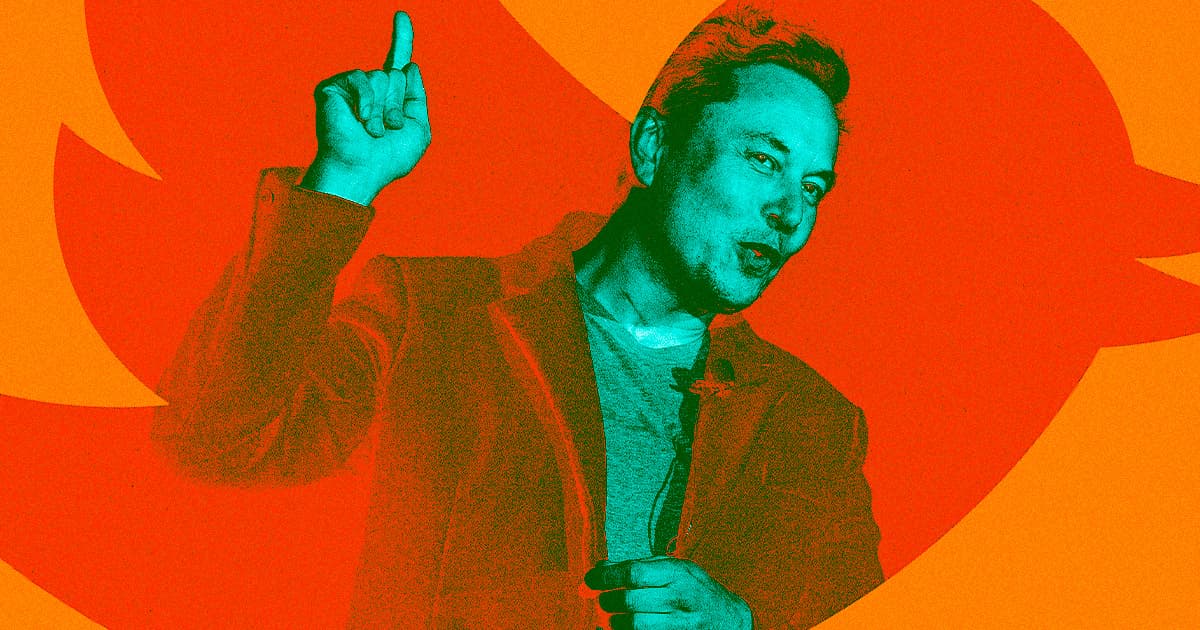 One of Twitter's founders appears to have some serious beef with new owner Elon Musk.

Twitter cofounder — Biz Stone, who helped build the site alongside Jack Dorsey, Noah Glass, and Evan Williams — didn't expressly name Musk in an excoriating tweet. But given the context in the message and a later reply, there's nobody else he could conceivably be talking about.

"He’s not a serious person," Stone raged over the weekend. "He does things for sport that have serious consequences for real people."

A day prior, Stone had expressed derision at Musk's "Twitter Files," a trove of internal company emails that the new owner claimed would reveal the social network's censorship, but have to this point mostly been bupkis.

"This is an open, global service," Stone wrote. "Also, in other places lives are at stake."

In a followup message, he suggested that Twitter's trajectory under Musk has been "heartbreaking" and appeared to hint at some of his own secrets as well when he teased that he had knowledge of "all the world events we didn’t make public to protect brave people."

He also took aim at Musk's use of the site's polling feature to ask users whether to reinstate the account of former president Donald Trump.

"Also, on the Trump poll, 'The people have spoken!'" he raged. "How many Russians voted? It’s global. That’s not what we made it for."

Stone appears to be alone among his fellow Twitter cofounders in the tenor of his criticism.

Dorsey has remained fairly tight-lipped about the deal except to talk smack about some of his friend's renaming choices and to apologize to Twitter staff for seeking growth "took quickly" and leading them down a path that ultimately resulted in mass firings following Musk's takeover.

Williams, on the other hand, outright praised the SpaceX and Tesla owner at a Fortune magazine fundraiser shortly after Musk announced his plans to buy Twitter, saying he's "clearly a genius who thinks on another level" and "excited to see what happens" with the takeover.

"I think what we’re also seeing is people project either their hopes and dreams or their worst nightmares," said Williams, who was the CEO of Twitter for a few years in its earliest days.

Of the four Twitter cofounders, only Noah Glass — who was fired from the company in 2006 after coming up with the name and subsequently became mostly a ghost online — has remained entirely silent about the site's new ownership, or indeed anything about it since 2011, when he granted Insider a rare interview.

So now the tally stands at one pro, one con, one neutral, and one absent — unless, of course, any of Twitter's cofounders want to get in touch with us.

More on Elon's Twitter: Elon Musk Thinks It’s Likely that “Something Bad” Will Happen to Him