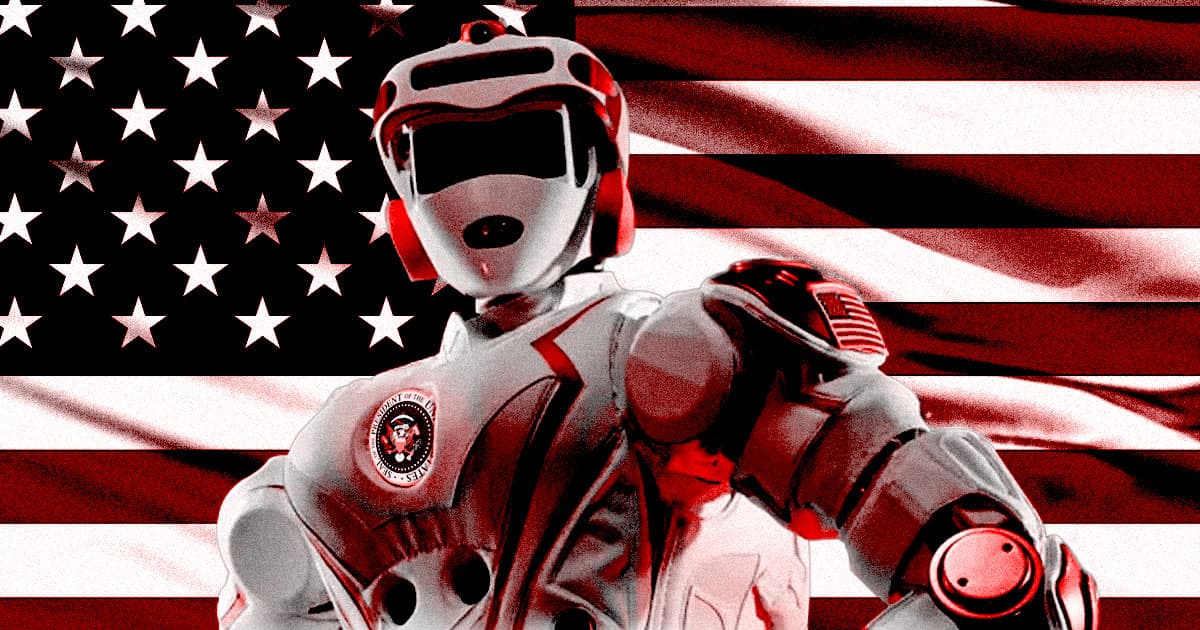 One of the juiciest details he shared about the two-hour raid: that the U.S. military brought a robot along for the mission. But unfortunately for the military tech junkies of the world, details on this bot seem harder to find than al-Baghdadi himself.

What we do know: Trump noted the robot's involvement several times during his live news conference.

"We actually had a robot to go in the tunnel but we didn’t get it because we were tracking [al-Baghdadi] very closely," he said. "But we had a robot just in case because we were afraid he had a suicide vest on and if you get close to him and he blows it up, you’re going to die."

When a reporter later asked Trump if the robot followed the ISIS leader into the tunnel where he eventually killed himself, Trump responded that "the robot was set to but we didn’t hook it up because we were too — they were moving too fast. We were moving fast."

Trump's official written statement on the mission, however, makes no mention of any military robot. And so far, no one else involved in the ISIS raid has breathed a word about it.

We know a military dog got injured during the raid because Trump declassified a photo of the hound. We also know the mission "included helicopters, jets, and U.S. drones," because that's what sources involved in the raid told NBC News.

Perhaps Trump was using the term "robot" loosely, and it was actually a drone that the military considered sending into the tunnel — but we doubt it.

U.S. officials did tell NBC News that some of what Trump said during the news conference was "inaccurate" and that some of the facts the president did get right — such as his disclosure that the U.S. captured ISIS fighters during the raid — could compromise future military operations.

So, as much as we want to know more about this military robot, we're not confident we can Trump's version of events — and for the safety of the troops, it's probably for the best that the bot remains shrouded in mystery, anyway.

More on ISIS: ISIS Is Using TikTok to Spread Propaganda

Read This Next
Futurism
The Marines' Latest Weapon Is a Remote-Controlled Robot With a Machine Gun
Futurism
Automation Is the Greatest Threat to the American Worker, Not Outsourcing
Futurism
Rescuing the Past: 3D Tech Rebuilds Roman Monument Destroyed by ISIS
More on Robots & Machines
FROM THE DEPT. OF...
Tuesday on futurism
The Best Smart TVs in 2022
FROM THE DEPT. OF...
Dec 1 on futurism
The Best Wired Earbuds in 2022
FROM THE DEPT. OF...
Dec 1 on futurism
The Best Gifts For Gamers in 2022
READ MORE STORIES ABOUT / Robots & Machines
Keep up.
Subscribe to our daily newsletter to keep in touch with the subjects shaping our future.
+Social+Newsletter
TopicsAbout UsContact Us
Copyright ©, Camden Media Inc All Rights Reserved. See our User Agreement, Privacy Policy and Data Use Policy. The material on this site may not be reproduced, distributed, transmitted, cached or otherwise used, except with prior written permission of Futurism. Articles may contain affiliate links which enable us to share in the revenue of any purchases made.
Fonts by Typekit and Monotype.