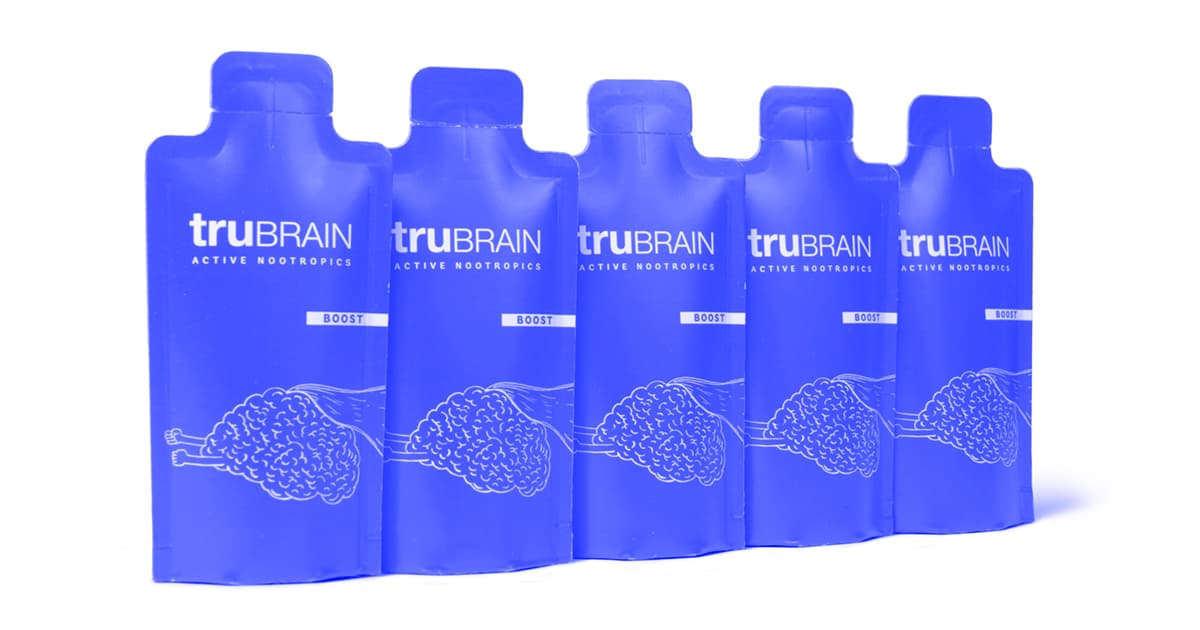 Image by Image via TruBrain

Do you sometimes feel like your brain is in a fog? Is day-to-day life leaving you overwhelmed and mentally drained? Are you having trouble staying productive? Well, there’s a name for all that. It’s called mental fatigue. It’s what happens during prolonged periods of intense and stressful cognitive activity. And pretty much everyone is going through it. How could we not? Modern life is stressful and exhausting under normal circumstances. With everything going on in the world right now, you can drink a whole pot of coffee and still not have the energy you need to stay focused and get through your day. But here’s some good news. You can defeat mental fatigue if you feed your brain the raw nutrients and fuel it needs to restore peak cognitive performance. And doing that has never been easier thanks to TruBrain nootropics.

Say Hello To Nootropics From TruBrain

TruBrain was founded by a former Unilever executive and a team of UCLA neuroscientists who wanted to help regular people be the best possible versions of themselves. To do that they created Brain Food, a scientifically formulated blend of nootropic compounds that has been clinically proven to enhance verbal fluency and improve both memory and learning.

Now, you may have read about nootropics on this site before. But for those who haven’t, nootropics are nutrients, minerals, amino acids, and other compounds that the brain uses as fuel for neurotransmission. Though they are sometimes referred to as “smart drugs,” nootropics don’t actually make you more intelligent. Instead they just make your brain work more efficiently.

Supplement companies often market nootropics like they’re some kind of new scientific discovery. However, human beings have been using nootropics to boost mental performance for millennia. What’s different now is that scientists actually understand how nootropics work, and which ones have synergistic interactions with each other.

This new understanding is what helped TruBrain create Brain Food.

The Science of Brain Food

Brain Food is a nutritional supplement that has been methodically engineered by TruBrain’s team of scientists to create the biological conditions necessary for peak cognitive performance. Like a lot of other nootropic supplements, Brain Food contains the so-called “everyman stack” of caffeine and l-theanine, a combo humans have been taking for thousands of years in the form of green tea.

Caffeine, of course, is a central nervous system stimulant that increases alertness and energy by blocking the neurological receptors for drowsiness. L-theanine, meanwhile, is an amino acid that produces a sense of calm and relaxation and is especially effective in soothing nervousness and jitters that come with caffeine. Numerous studies have shown rather conclusively that, when taken together, caffeine and l-theanine can improve mental performance, alertness, and mood.

In addition to caffeine and l-theanine for alertness and focus, TruBrain’s Brain Food also contains a synthetic nootropic molecule called noopept. This molecule increases blood flow to the brain and makes acetylcholine receptors in the brain more receptive. Increased blood flow to the brain enhances neuroplasticity, which is a brain cell’s ability to build new neural connections. The more neural connections in your brain, the higher your brain function. Meanwhile, enhanced acetylcholine reception makes communication between neurons faster and more efficient.

Of course, an increase in neurotransmission requires more energy. That’s why Brain Food also contains raw nutrients that your attention system burns for fuel. These include magnesium, a key mineral that an estimated 90 percent of people are deficient in; tyrosine, an amino acid that plays a vital role in communication between brain cells; carnitine, which helps neurons break down glucose and fatty acids for fuel; and citicoline, which is a precursor to the neurotransmitter acetylcholine.

It is not possible to describe in exact detail the benefits you will experience from using TruBrain. The reason for this is that, like snowflakes, no two brains are exactly alike. However, third party clinical trials and EEG brainwave analysis have demonstrated that Brain Food boosts high alpha brain waves. And high alpha brain waves are indicators of an enhanced focus, verbal fluency, memory, and learning.

TruBrain's advanced blend of nootropics and nutrients comes in 1oz liquid shots with a refreshing tropical flavor. These shots are available in quantities of 20, 30, and 60. You get discounts of 10, 20, and 30 percent when you subscribe and pre-pay for three, six, and 12 months respectively. And new subscribers also get an additional 10 percent off their first order.

Life probably isn’t going to get a whole lot easier any time soon. So if you’re tired of mental fatigue, and you want a way to focus, think, remember, and create better, don’t just pump your brain full of stimulants and sugar. Order TruBrain today and start giving it the scientifically formulated nutrition it needs.

Read This Next
Brain Zap
Scientists Claim to Improve Human Brain Function With Implants and AI
Brands We Love
These Nootropics Are Specially Formulated To Help You Win the Fight Against Brain Fog
Brands We Love
Tired and Worn Down? This Nootropic Drink Gives Your Brain the Fuel It Needs.
Brands We Love
These Nootropics May Give Your Brain the Boost It Needs To Function at Max Capacity
Brands We Love
Give Your Brain a Boost With the Most Scientifically Advanced Nootropics on the Market
More on Enhanced Humans
Brain Transparency
Feb 3 on futurism
Duke Professor Welcomes the "Promising" Future of Employers Reading Your Brain
Brain-Computer Im...
Jan 3 on the byte
Neuralink Cofounder Says New Company's Eye Implant Could Be "Ultimate" VR Tech
Eyes Have It
12. 30. 22 on futurism
Meet the Neuralink Cofounder Who Left and Started a Competitor That's Now Rapidly Catching Up
READ MORE STORIES ABOUT / Enhanced Humans
Keep up.
Subscribe to our daily newsletter to keep in touch with the subjects shaping our future.
+Social+Newsletter
TopicsAbout UsContact Us
Copyright ©, Camden Media Inc All Rights Reserved. See our User Agreement, Privacy Policy and Data Use Policy. The material on this site may not be reproduced, distributed, transmitted, cached or otherwise used, except with prior written permission of Futurism. Articles may contain affiliate links which enable us to share in the revenue of any purchases made.
Fonts by Typekit and Monotype.