"We could put them back in the driver's seat and let them feel a new sense of agency." 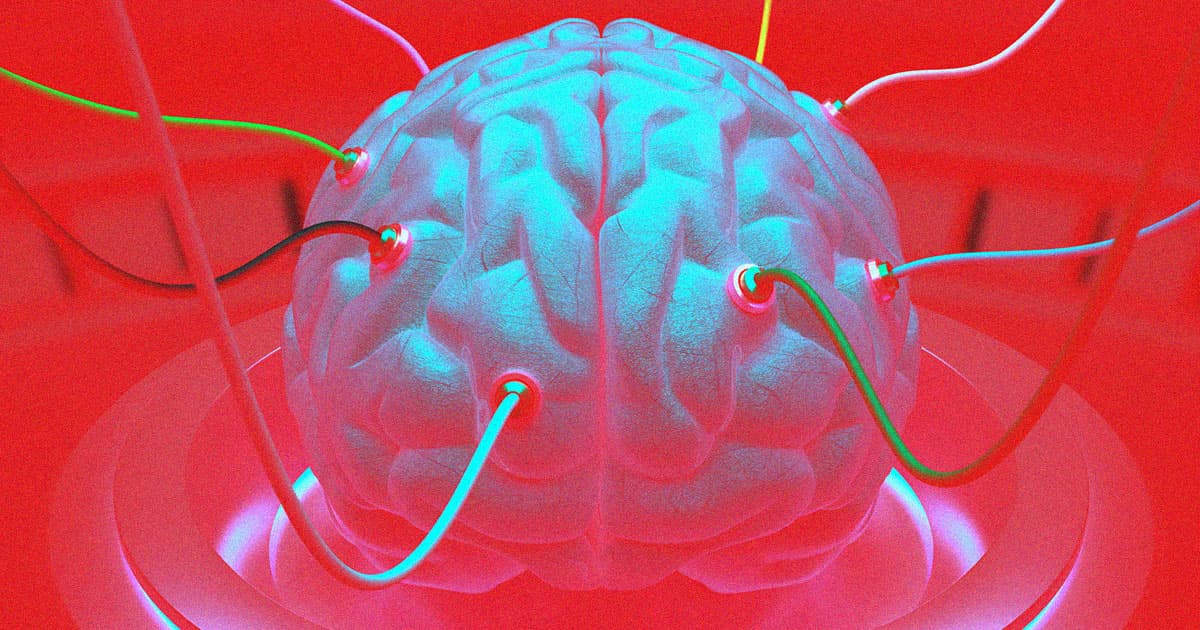 A team of researchers at the University of Minnesota Medical School and Massachusetts General Hospital claims to have improved the "specific functions" of the human brain by using artificial intelligence paired with electrical brain stimulation.

In a study involving 12 patients who were undergoing brain surgery for epilepsy, the scientists say they were able to improve the patients' mental function when stimulating areas of the brain with small amounts of electrical energy.

The surgery involves placing hundreds of tiny electrodes across several different regions of the brain to record neural activity and track down the areas where the seizures are coming from.

The researchers used all of this data to zero in on a region of the brain called the "internal capsule" that they believe is responsible for cognitive control. In other words, it's the area of the brain that appears to allow us to shift our attention from one task to another.

It's a potentially revolutionary treatment for those struggling with mental illness — that is, if it indeed turns out to be effective for the broader public. While the human study's results are impressive, the researchers still have a long way to go to demonstrate the need or effectiveness of  such a severe medical intervention.

The goal of the stimulation was to get patients "back in the driver's seat and let them feel a new sense of agency," said Alik Widge, an assistant professor of psychiatry at the University of Minnesota Medical School and coauthor of a paper about the research published the journal Nature Biomedical Engineering earlier this week, in a statement.

"An example might include a person with depression who just can't get out of a 'stuck' negative thought," said Widge. "Because it is so central to mental illness, finding a way to improve it could be a powerful new way to treat those illnesses."

A machine learning algorithm helped the team isolate the patients' control abilities from their brain activity and their actions.

"This system can read brain activity, 'decode' from that when a patient is having difficulty, and apply a small burst of electrical stimulation to the brain to boost them past that difficulty," Widge said.

"The analogy I often use is an electric bike," he added. "When someone's pedaling but having difficulty, the bike senses it and augments it. We've made the equivalent of that for human mental function."

Participants in the trial reported that their anxiety got better once the system jumped into action, mostly due to the fact that they had more cognitive control and were able to shift their focus better.

"This could be a totally new approach in treating mental illness," Widge said. "Instead of trying to suppress symptoms, we could give patients a tool that lets them take control of their own minds."

Read This Next
Brands We Love
These Advanced Nootropics Are Specially Formulated to Help Fight Mental Fatigue
More on Enhanced Humans
Skull Candy
Oct 24 on the byte
A Guy Lost His Eye and Put a Bright Light Into the Socket
So Sue Me
Sep 28 on futurism
Battle Erupts Over Alleged Grisly Photos of Brain-Hacked Neuralink Monkeys
Synchron Eyes
Aug 23 on the byte
Frustrated With Neuralink's Slow Progress, Elon Musk Approaches Competitor
READ MORE STORIES ABOUT / Enhanced Humans
Keep up.
Subscribe to our daily newsletter to keep in touch with the subjects shaping our future.
+Social+Newsletter
TopicsAbout UsContact Us
Copyright ©, Camden Media Inc All Rights Reserved. See our User Agreement, Privacy Policy and Data Use Policy. The material on this site may not be reproduced, distributed, transmitted, cached or otherwise used, except with prior written permission of Futurism. Articles may contain affiliate links which enable us to share in the revenue of any purchases made.
Fonts by Typekit and Monotype.