Tired and Worn Down? This Nootropic Drink Gives Your Brain the Fuel It Needs. 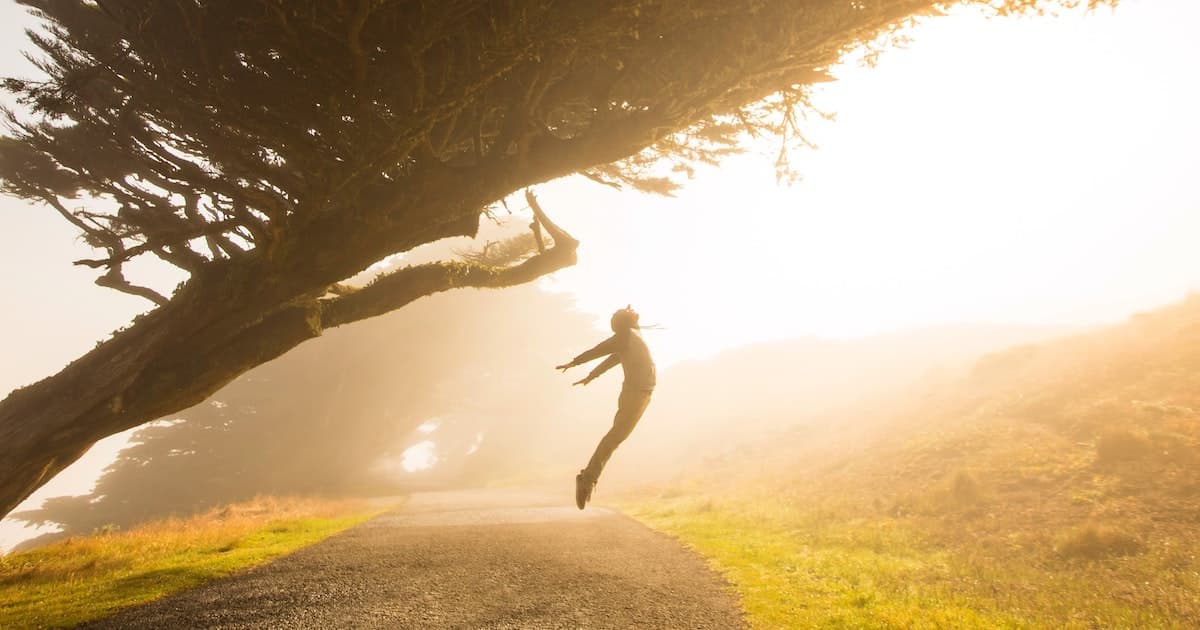 Do you find that you’ve been running on fumes lately? Well, you’re not alone. This time of year is always a grind. The weather is getting colder. The daylight is getting shorter. And as fun and joyous as the holidays may be, getting ready for them is a lot of work. After a while all the hustle and bustle can start to take a serious toll, both physically and mentally. Of course, for a lot of people, the solution to these winter doldrums is to just double down on caffeine and just soldier through. But what if there was a better way to give yourself a boost? What if, instead of just slapping your brain awake with a sugary energy drink or a triple nonfat candy cane mochaccino, you could fuel it with the nutrients and minerals it actually needs to function at full capacity? Well, thanks to the innovative team of scientists and researchers at Neurohacker Collective, there is. It’s called Qualia Nootropic Energy. And it’s the world’s first nootropics-based clean energy shot.

Qualia Nootropic Energy is the result of years of research into brain function and neurochemical systems. This research allowed Neurohacker Collective to identify specific physiological processes that can be easily and quickly augmented by various nootropic compounds, vitamins, amino acids, fruit extracts, and herbal extracts. Their scientists then developed a precise blend of 12 such ingredients that are clinically proven to improve cognitive function and overall brain health.

As you might have guessed from the name, the key ingredients in Qualia Nootropic Energy drinks are nootropics. Though some companies market nootropics as “smart drugs,” they’re really just chemical compounds that the brain consumes and uses as fuel for the various processes involved in cognition. When taken in the right amounts, and in the right combinations, nootropics have been shown to enhance neuroplasticity and neurotransmission, which in turn enhances verbal fluency, critical thinking, memory, mood, stamina, alertness, and focus.

A Whole Systems Approach To Dosing

Unlike a lot of other nootropics supplements and energy drinks, every single ingredient in Qualia Nootropic Energy is extensively researched, and the doses are formulated to promote optimal synergy. In many cases, this means Neurohacker Collective is able to use less of particular ingredients because their efficacy is amplified by each other.

Take caffeine, for example. Unlike most other nootropics supplements and energy drinks, Qualia Nootropic Energy does not use pure caffeine. Instead it uses a coffee berry extract derived from the fruit of the coffee tree. The advantage of coffee berry extract is that, in addition to caffeine, it also contains naturally occurring polyphenols that support healthy brain function. Neurohacker Collective also uses way less caffeine. While some energy drinks contain upwards of 200mg of caffeine per dose, Qualia Nootropic Energy contains only 90mg, which is less than an 8oz cup of home brewed coffee. Neurohacker Collective is able to use less caffeine per serving thanks to synergies between caffeine and other compounds like L-theanine and alpina galanga, which amplify the nootropic effects of caffeine.

This is true of all the nootropics in Qualia Nootropic Energy. Each is formulated to synergize with each other, and with Qualia Nootropic Energy’s precise blend of vitamins, antioxidants, adaptogen extracts, amino acids, and choline donors, so that they promote efficient brain metabolism, provide neuroprotection, sharpen memory and focus, slow cellular aging, and improve neurotransmission.

Qualia Nootropic Energy drinks are designed for daily or occasional use. Each two-ounce berry-flavored shot contains just 4g of sugar and 15 total calories. Shots come in packs of 20. New subscribers get 50 percent off their first shipment, plus 17 percent off all subsequent shipments.

We all need a pick-me-up from time to time. And let’s face it, this has been one hell of a year. If you’re looking for a way to boost energy, focus, memory, and productivity without the all-too-common side effects of traditional stimulants and energy drinks, click here to give Qualia Nootropic Energy a try.

Read This Next
Brands We Love
Non Alcoholic ‘Euphoric Beverages’ Let You Socially Lubricate Without Booze
Brands We Love
These Nootropics Are Customized Based on Brain Chemistry and Lifestyle
Brands We Love
These 'Superhuman' Supplements Are Designed to Boost Men's Energy, Immunity, and Focus
Brands We Love
This ‘Euphoric Beverage’ Is the Non Alcoholic Way To Enhance Socializing
Brands We Love
Give Your Brain a Better Boost With These Scientifically Advanced Energy Drinks
More on Enhanced Humans
Brain-Computer Im...
Jan 3 on the byte
Neuralink Cofounder Says New Company's Eye Implant Could Be "Ultimate" VR Tech
Eyes Have It
12. 30. 22 on futurism
Meet the Neuralink Cofounder Who Left and Started a Competitor That's Now Rapidly Catching Up
Butcher Shop
12. 6. 22 on futurism
Neuralink Employees Admit Company Has Killed 1,500 Animals So Far
READ MORE STORIES ABOUT / Enhanced Humans
Keep up.
Subscribe to our daily newsletter to keep in touch with the subjects shaping our future.
+Social+Newsletter
TopicsAbout UsContact Us
Copyright ©, Camden Media Inc All Rights Reserved. See our User Agreement, Privacy Policy and Data Use Policy. The material on this site may not be reproduced, distributed, transmitted, cached or otherwise used, except with prior written permission of Futurism. Articles may contain affiliate links which enable us to share in the revenue of any purchases made.
Fonts by Typekit and Monotype.