Touchjet Turns Any Surface Into a Supersized Touchscreen

Now, any surface can become a ginormous touchscreen tablet. 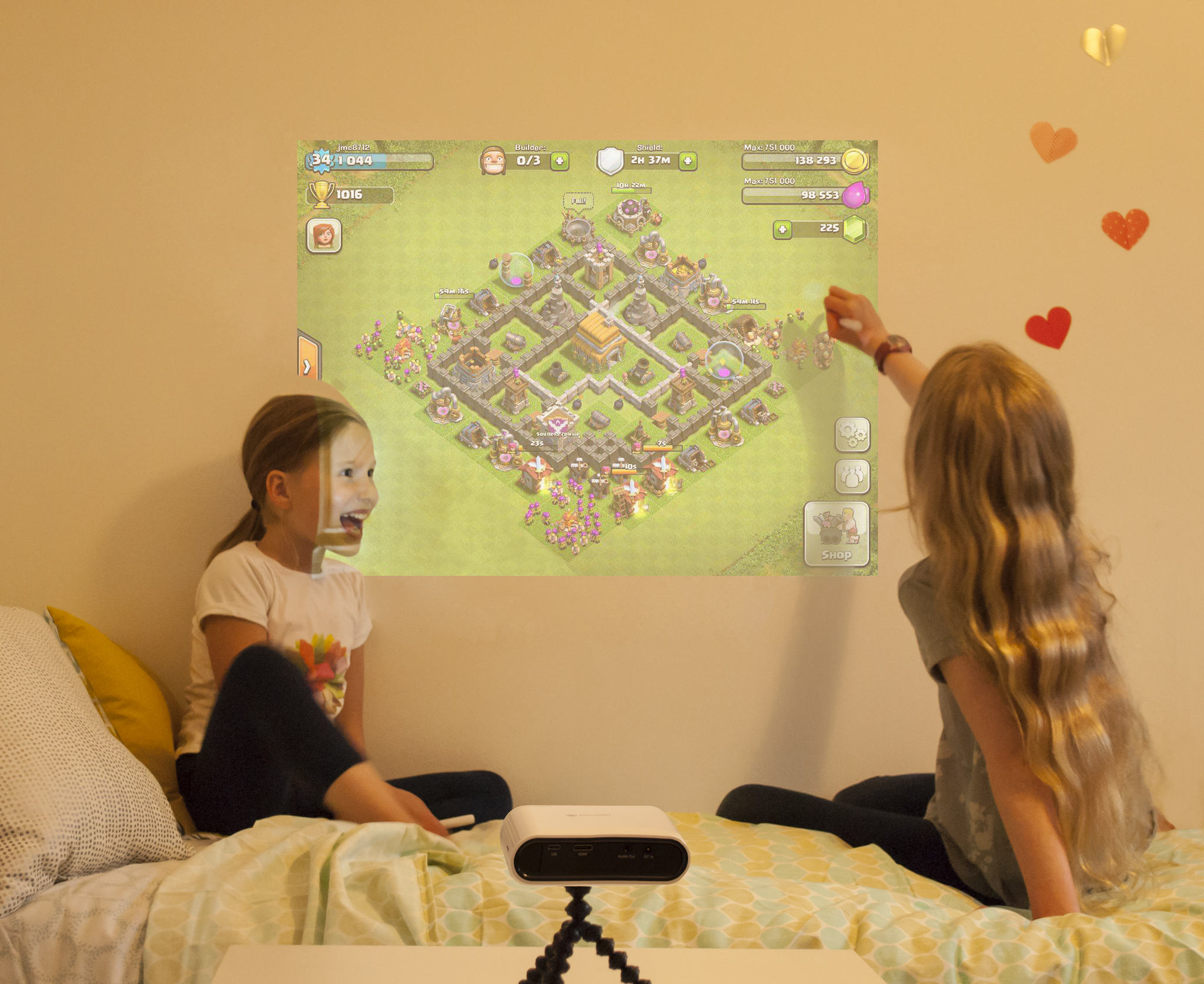 The age of the screen is fully upon us. Whether we are working on laptops, watching YouTube videos on our phones, or checking Facebook on our smart-TVs, a vast majority of the time, we aren’t looking at one another, but at our screens.

This, as it turns out, is kind of a problem.

Fortunately, there are a number of individuals who are working to change things. Case in point, Touchjet. They have made a device that lets you turn any flat surface into a touchscreen. And it’s changing the way that we interact with technology and with one another.

When I met with Helen Thomas, the CEO of Touchjet, at the 2016 Edison Awards, she stated that one of the company’s major goals is to bring people together.

She notes how screens are increasingly overtaking our lives, stating, “more and more people, especially young children, are using touch technology because of smartphones, but as much as smart devices are connecting people around the world, people are isolated because everybody is sucked into a small screen.”

This is where the idea for the Touchjet Pond comes in.

In short, the Pond is like a tiny wireless projector. It’s an interactive Android PC that transforms the surfaces around you into 80” touchscreens, and it does so for a rather affordable $599, which is far less than many other technologies.

As Thomas notes, “large touchscreen technologies are very cost-prohibitive. An 82-inch touchscreen costs some $22,000.” To that end, part of the goal at Touchjet was to make something that the everyday consumer—the everyday family—could afford.

Thomas clarifies, “As a mother, I think parents and grandparents are increasingly frustrated by the fact that they cannot get their family together anymore because everybody is used to doing their own thing…. So that’s really the mission of the company, to create a shared experience. Now, when a family goes on vacation, they can watch a movie together wherever they are—if they are at a beach house, in the wild, or in a camp.”

Thomas also notes that, as opposed to one person sitting and Clashing on their phone alone, this technology also lets individuals play interactive games together: “You can play Fruit Ninja. You can play Angry Birds. You can play multiplayer games. It’s really shared entertainment built into a device that fits in your hand.”

Of course, you can do a lot more than watch moves or play games. You can do presentations, take notes as a team by writing on the projection with a stylus, and basically anything that you can do on a normal computer…except that it is easier to do with others.

Thomas begins outlining the features by starting with the wireless nature of the device: “I can bring my presentation or material from the cloud without connecting to any laptop or tablet. I can share my presentation just using the projector. It’s truly a wireless experience. At the same time, we allow you to participate using your individual devices.”

And she details how it works, stating that infrared light is ultimately the key to the technology: “The stylus is really a digital pen that ejects infrared light. The light gets captured by the infrared camera on the projector. So we built an infrared camera right next to the projector lens so it sees where the stylus is, and that is simulated as a touch signal. So utilizing the pen allows us to basically have the touch screen anywhere.”

She concludes by noting Touchjet’s vision of the future, and what they hope their role will be in this new age: “We think the world is going to be digital. What we’re providing is an enhanced experience for people to do things together. That’s what we do, and we do it in a way that everybody can afford…and so everybody can enjoy the fun.”

You can get the Pond here.

Neither Futurism nor the author of this article received monetary compensation (or any other form of compensation) in exchange for writing this piece. This interview has been slightly edited for clarity and brevity.

Read This Next
Futurism
"Transparent" Blockchain Is Pretty Darn Useful For Sharing Private Info
Futurism
How a New Provider Is Democratizing the Cloud
Futurism
China Set to Launch the World’s First Quantum Communication Network
Futurism
Forget Passwords, This Device Locks Your PC Based On Your Proximity
Futurism
New Tech Could Give You 10x More Space on Your Computer's Hard Drive
More on Future Society
Primate Theft
Yesterday on the byte
It Was a Very Bad Weekend for Monkeys Being Stolen From Zoos, Apparently
Ring The Alarm
Yesterday on the byte
Whistleblower Claims Facebook Can Secretly Drain Your Phone's Battery on Purpose
I Silence Thee
Jan 28 on futurism
Leaked Messages Seem to Show Elon Musk Using Twitter to Punish His Enemies
READ MORE STORIES ABOUT / Future Society
Keep up.
Subscribe to our daily newsletter to keep in touch with the subjects shaping our future.
+Social+Newsletter
TopicsAbout UsContact Us
Copyright ©, Camden Media Inc All Rights Reserved. See our User Agreement, Privacy Policy and Data Use Policy. The material on this site may not be reproduced, distributed, transmitted, cached or otherwise used, except with prior written permission of Futurism. Articles may contain affiliate links which enable us to share in the revenue of any purchases made.
Fonts by Typekit and Monotype.