Watch This Autonomous Car Carefully, Safely Weave Through A Crowd of Pedestrians

We prefer our autonomous vehicles safe, not reckless. 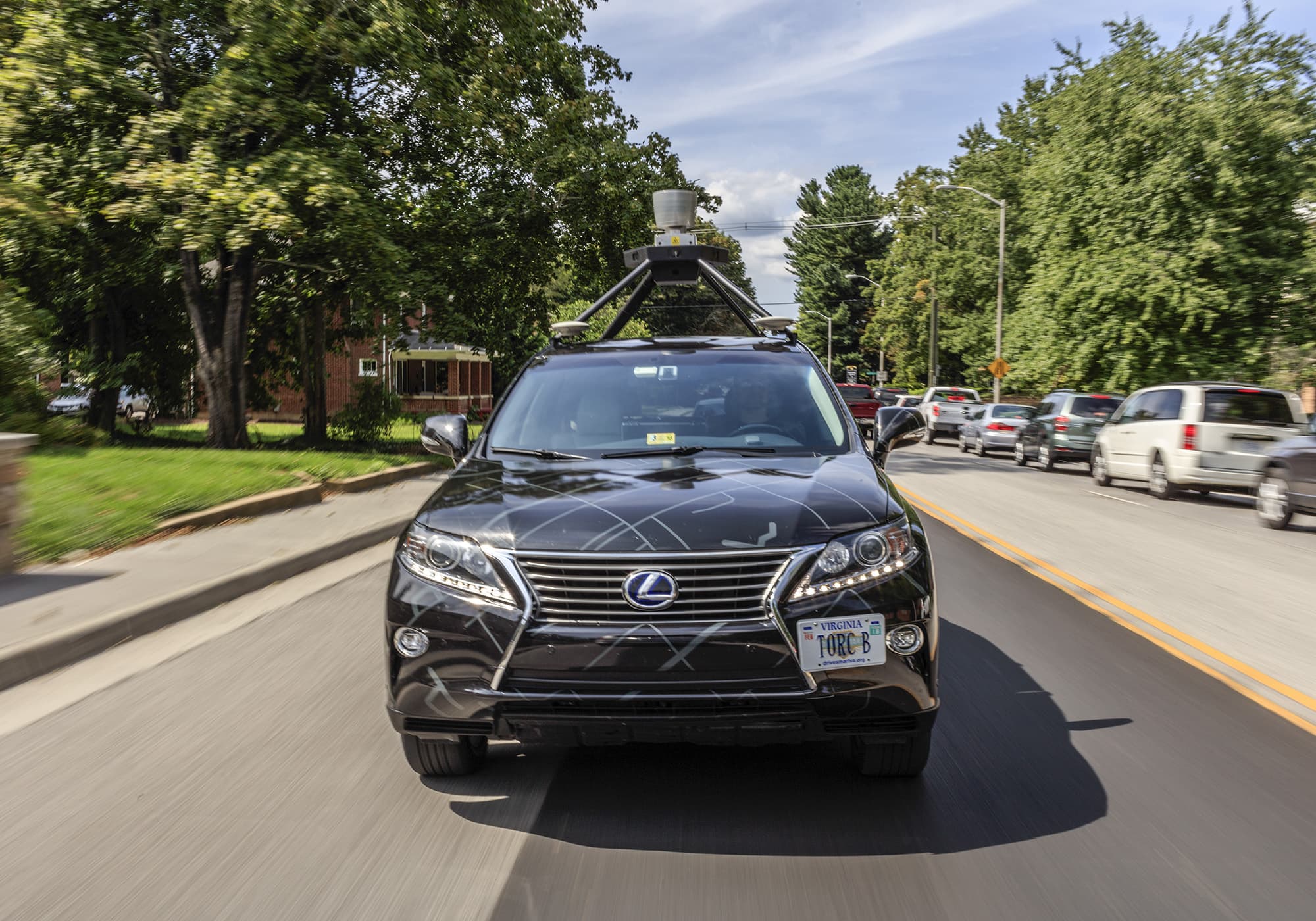 When you're driving, there are few things more annoying than pedestrians who disobey signals and pop out right in front of you. Possible reactions might include: zooming around the annoying pedestrian, flipping them off, slamming the brakes, honking until they move.

But perhaps what you should do is slow down until you can tell what that person is about to do, and quietly drive around then so there’s no risk of an accident.

Now this is another way in which machines are probably better than we are. Because that responsible approach is exactly what Asimov, the self-driving car, has been trained to do.

Torc Robotics, which has been developing Asimov since 2007, just put out a video of their autonomous car navigating through busy, unpredictable streets in Las Vegas and Virginia. In it, the car deftly avoids both pedestrians and other drivers as they wander into the road, cross unexpectedly, or otherwise put themselves at risk.

There is good reason to be skeptical of an autonomous car company that sends out a highlight reel as proof that it’s cracked the code of self-driving car safety. And in light of the pedestrian death from a self-driving Uber in March, extra scrutiny is certainly called for. And that may be why Torc’s video emphasizes that the person-tracking sensors work well at nighttime, Digital Trends notes.

What this video shows is an autonomous car that moves with caution, slowing down and turning to give people extra room if they step or lean into the road, if that happens at a crosswalk or not. It’s perhaps a little overly cautious, however — at one point the car comes to a complete halt and a man near a crosswalk needs to take several steps away before the Asimov will pass. But it’s nice to see autonomous vehicles built to be cautious, especially since many drivers know first-hand that people can be unpredictable and dumb.

Read This Next
Mini-Brain in the Cell Membrane
This Startup's Computer Chips Are Powered by Human Neurons
War Machine
Russia Is Planning A "Ground Force" of Armed Military Robots
Autopilot
Death From Above: Boeing Unveils Autonomous Fighter Jet
Killer Robots
Scientists Call for a Ban on AI-Controlled Killer Robots
Buzz Off
Drones Just Shut Down Another Huge Airport
More on Robots & Machines
FROM THE DEPT. OF...
Thursday on futurism
The Best AV Receivers in 2022
FROM THE DEPT. OF...
Wednesday on futurism
The Best Air Purifiers of 2022
FROM THE DEPT. OF...
Tuesday on futurism
The Best Budget 3D Printers for 2022
READ MORE STORIES ABOUT / Robots & Machines
Keep up.
Subscribe to our daily newsletter to keep in touch with the subjects shaping our future.
+Social+Newsletter
TopicsAbout UsContact Us
Copyright ©, Camden Media Inc All Rights Reserved. See our User Agreement, Privacy Policy and Data Use Policy. The material on this site may not be reproduced, distributed, transmitted, cached or otherwise used, except with prior written permission of Futurism. Articles may contain affiliate links which enable us to share in the revenue of any purchases made.
Fonts by Typekit and Monotype.