These clusters of cells could help cure disease. 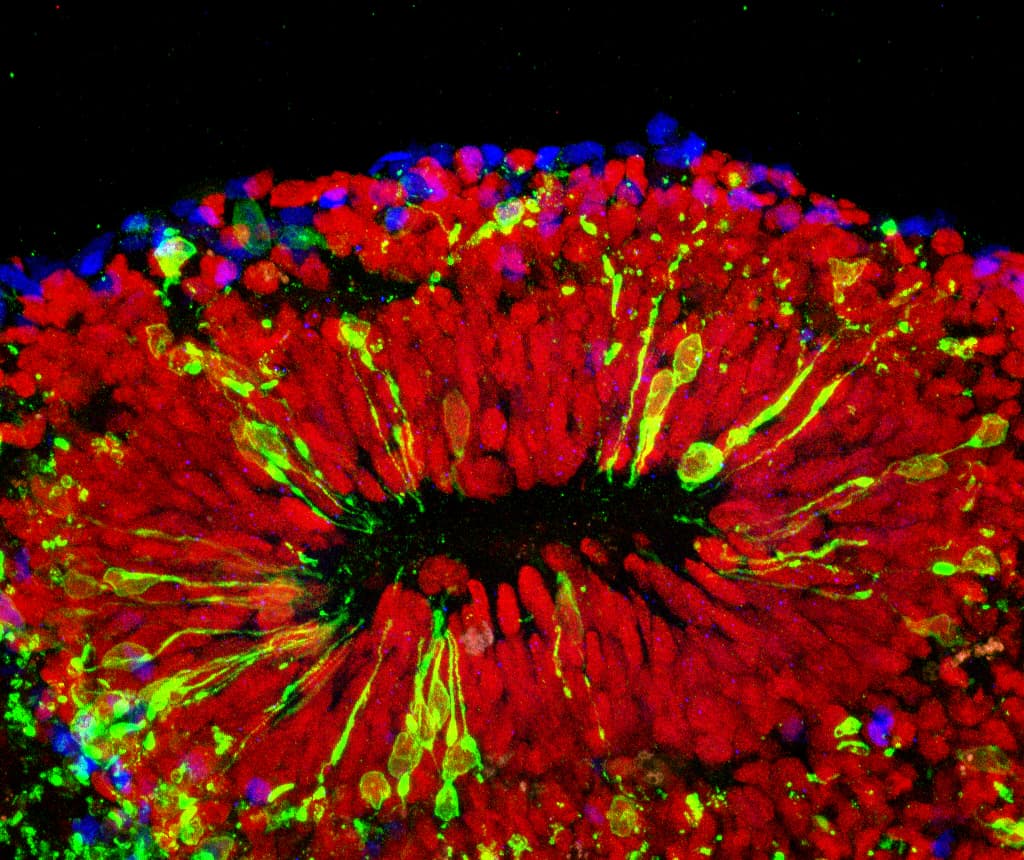 A Small-Scale Model of a Brain

Tell a person that some scientists are growing brains in a lab, and that person might be appalled at the implications of such an idea. However, these so-called "minibrains" are a far cry from the organs we're born with. These are tiny clusters of brain cells that mimic the human brain structure,  and they're helping scientists better understand neurological diseases.

Minibrains are grown in a lab from human skin cells that are manipulated to become neural stem cells. Those cells are then differentiated into various types of cells found in the human brain. Like full-sized brains, they form regions and communicate with one another even though they are barely big enough to see with the human eye.

At a meeting of the Society of Neuroscience in San Diego last week, minibrains were a hot topic. Scientists have showcased their potential for the study of neurological disorders like autism and schizophrenia, as well as neurodegenerative diseases like Alzheimer's and Parkinson's disease.

One team of researchers from the Johns Hopkins Bloomberg School of Public Health in Baltimore shared how they used minibrains for Zika research. Because the Zika virus attacks the embryonic brain and minibrains resemble a brain that's in its early stages of development, they proved particularly well- suited for this kind of study. The researchers ultimately discovered how Zika turns the developing brain cells of an embryo into a viral factory, leading to cellular death and smaller brain cells.

Better Understanding of The Human Brain

Dr. Thomas Hartung, a researcher and experimental toxicologist at Johns Hopkins, told NPR that the minibrains' greatest potential lies in the testing of new drugs for various brain diseases. He explains that animal testing provides misleading results since they are not the same as human brains. "We need human systems to tell us about humans, and that's why this is such a big step forward," says Hartung.

Minibrains have been made before by various researchers for other purposes, but the showcasing of this method at a meeting of the Society of Neuroscience shows that researchers are taking it seriously as a better platform to study the brain. In the future, these lab-made clusters of cells could put us on the path to finding cures for all sorts of brain disorders.

Read This Next
Buzz Buzz
Scientists Hijack Fruit Fly Brains to Remote Control Their Wings
Heady Stuff
Experiment Suggests That Consciousness May Be Rooted in Quantum Physics
Brain Freeze
Colleges Are Mailing Brains to Students to Dissect at Home
Brands We Love
Hone Your Mind with this Speed Reading & Memory Mastery Bundle
It's Alive-ish!
Scientists Grew Tiny Human Brains and Hooked Them up to Robots
More on Hard Science
Moon Sims
Yesterday on futurism
Brutal Video Simulates When Earth Hit Another Planet Many Years Ago
Total Drama Island
Sep 28 on the byte
Journal Retracts Study on Room Temperature Superconductors
Tell Us How You R...
Sep 27 on the byte
Former Particle Physicist Absolutely Annihilates the Field of Particle Physics
READ MORE STORIES ABOUT / Hard Science
Keep up.
Subscribe to our daily newsletter to keep in touch with the subjects shaping our future.
+Social+Newsletter
TopicsAbout UsContact Us
Copyright ©, Camden Media Inc All Rights Reserved. See our User Agreement, Privacy Policy and Data Use Policy. The material on this site may not be reproduced, distributed, transmitted, cached or otherwise used, except with prior written permission of Futurism. Articles may contain affiliate links which enable us to share in the revenue of any purchases made.
Fonts by Typekit and Monotype.