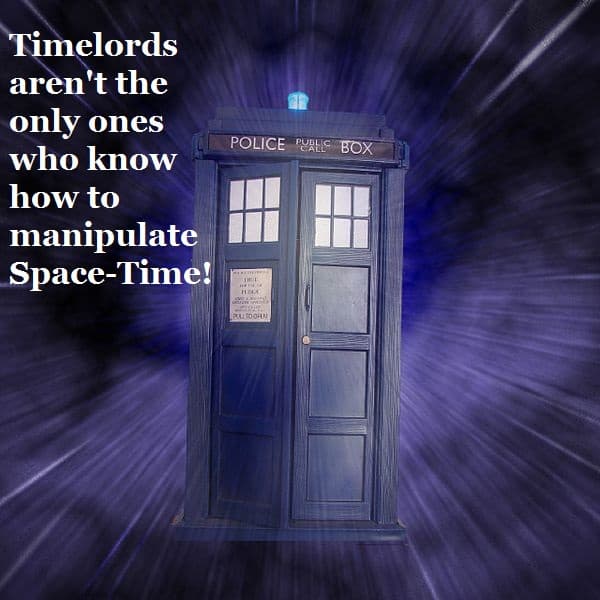 Time is perhaps one of the greatest mysteries of the Universe. Scientists and philosophers alike explore what time means, how it works, and what it’s made of. All throughout time (see what we did there?) questions have arose about the nature of time--questions like “Did humans invent time?”, “do animals experience time?”, “Is time the same everywhere?” Many of these questions do not have a solid or steadfast answer, but that doesn't mean that we, as humans,  stop seeking the answers.

Since time is a subject that has philosophical undertones, in certain instances,  it is outside of the realm of science. So instead of focusing on the nature of time, let's focus on how humans observe time in a physical sense.

To begin understanding what this “time” is, we have to put the indescribable notion into some sort of  a predictable system, or at least something we can think about without hurting our heads. “The "Arrow of Time” is a unique phrase put forth to remind us that time is directional. For example, humans generally remember what has happened in the past - “Yesterday was Wednesday, and I had tea.” On the flip side, we generally don't remember the future, even though we sometimes know events will unfold in a certain way (like, "Tomorrow is Saturday, and the Sun will rise ."). In our macroscopic world, the way we experience the arrow of time moving into the past looks and behaves differently than the arrow of time moving into the future.

This principle  can easily be seen in everyday life. For instance, if you were to film yourself riding a bike down the street toward the sunset, it’s clear to the viewer that time is moving from the past into the future. As you ride farther into the distance, the Sun becomes lower in the sky. Furthermore, as you move off, you will get smaller in the distance. If you play this recording backwards, things look different. The Sun would be rising and you’d be moving backwards on your bike (something rather unnatural). This example shows that time always appears to move forward for “big” (macroscopic) things (things like humans, for example).

Yet another proof that time moves forward (and not backward) is in the second law of thermodynamics, which deals with entropy. In short, entropy is the amount of order and disorder in a system. For example, when you crack an egg into a bowl, you’re breaking its hard outer shell, rupturing a thin membrane, before finally getting to the yolk and white liquids. Generally speaking, after you scramble an egg in this way, it doesn't un-scramble itself .This is the second law of thermodynamics: a system of low entropy (the intact egg) will - as it moves through time, into the future - becomes more disordered. Therefore, it will move through into a system of higher entropy (the scrambled egg) – and not the other way around (usually).

Like many things in physics, the egg example only applies to the egg… rather, it only applies to complex systems of macroscopic things. If you remove many of the variables from a system, it is often difficult for us to tell the difference between backward and forward in time (in short, we can't tell whether the arrow of time is moving forwards or backwards). Take this for example, if you record a pendulum swinging at a steady rate, there would be no visual difference between playing the recording backwards or forwards. This is how many things in the world of quantum physics work. The equations that describe how the smallest particles act work just as well forwards as backwards, with or without time – it seems that the arrow of time loses relevance in the quantum world.

Now that we have an idea as to what time is, we can get to the “wibbly wobbly” (as the tenth doctor put it) part. For the purposes of the article, I’m going to be deliberately vague when explaining a few ways time can be distorted, but only because here at From Quarks to Quasars, there has already been many great articles on time travel and dilation. Instead of going in depth, I’m going to re-touch on the “wibbly wobbly” subjects, and provide thorough linkage to our other works.

Einstein basically revamped how we think about time and space, combining the two into a single entity called 'Space-Time.' This principle entity is basically the heart of his Theory of Special Relativity. As far as time goes, Special relativity went and messed everything up. Instead of time acting as a constant (like Newton fancied), Einstein figured out that the passage of time drastically changes depending on various factors, like relative speed and gravity. The basics of his theory state, as your speed approaches the speed of light (300,000 km/s) time for you starts to slow down at a rate that increases along with your speed. That being said, if you were able to travel around the Earth at close to the speed of light, after one of your days has passed, the Earth might be 300 years in the future from where (when) you started. This is time travel in the sense that you only aged one day, but you landed back on Earth 300 years after you initially left.

This effect actually happens all the time in the microscopic world of particle interactions. Cosmic Rays (high energy protons) are constantly bombarding Earth's atmosphere, each time one of these particles hits an atom in the atmosphere, a shower of new particles is created, the muon being one of them. Muons decay in about 2.2 microseconds, meaning if they are created in the upper atmosphere, they should never be able to reach Earth's surface  before they decay into something else. Yet, in reality, we know this isn't the case, as we detect about 10% of these muons on the ground... This is because the muons are traveling so fast, that from our frame of reference, their time has slowed down. To us, muons seem to live long enough to travel down to Earth, but to a muon they still only exist for 2.2 microseconds - this is due to time dilation, and it's a well documented phenomenon.

Additionally, when you approach a very massive object - like a star, planet, or black hole - time also slows down substantially. All of the satellites orbiting above Earth have clocks in their onboard computers, and as it turns out, these clocks become out of sync with clocks on Earth – This is because the satellites experience time at a faster rate than we do on Earth because they’re farther from the center of the planet (which is where gravity is the strongest). Here’s a great explanation of Relativity and how space-time and speed warp time for an observer.

Time travel into the future is clearly possible using the principles described in Special Relativity, but what about traveling into the past? Amazingly, when you look up into the night sky, you are actually looking back in time. Take the Sun for example, it takes 8 minutes for the light emitted from the Sun to reach Earth (about 93 million miles away), by the time we even see the sun, it’s already 8 minutes in the future – making the sunlight that we feel and see old. As it turns out however, nature has some nifty safeguards against actually traveling backwards in time. Even though it’s mathematically possible, the equations require certain aspects to be infinite (something that we obviously can’t have). Here’s a slightly lengthier explanation of time travel into the past.

In the end, we’re all in time, and in fact, we're being influenced by it. The question “Can we travel through time?” is a popular one and the answer is YES! Right this moment, you are traveling through time into the future. Time can definitely be, as the tenth doctor puts it “Wibbly, Wobbly” and rather confusing, but the mysterious race of Timelords in the popular TV series “Doctor Who” aren’t the only ones who have an understanding of time – We even know how the TARDIS could work.