Nervana: This Startup Gets You High On Dopamine, No Exercise Required 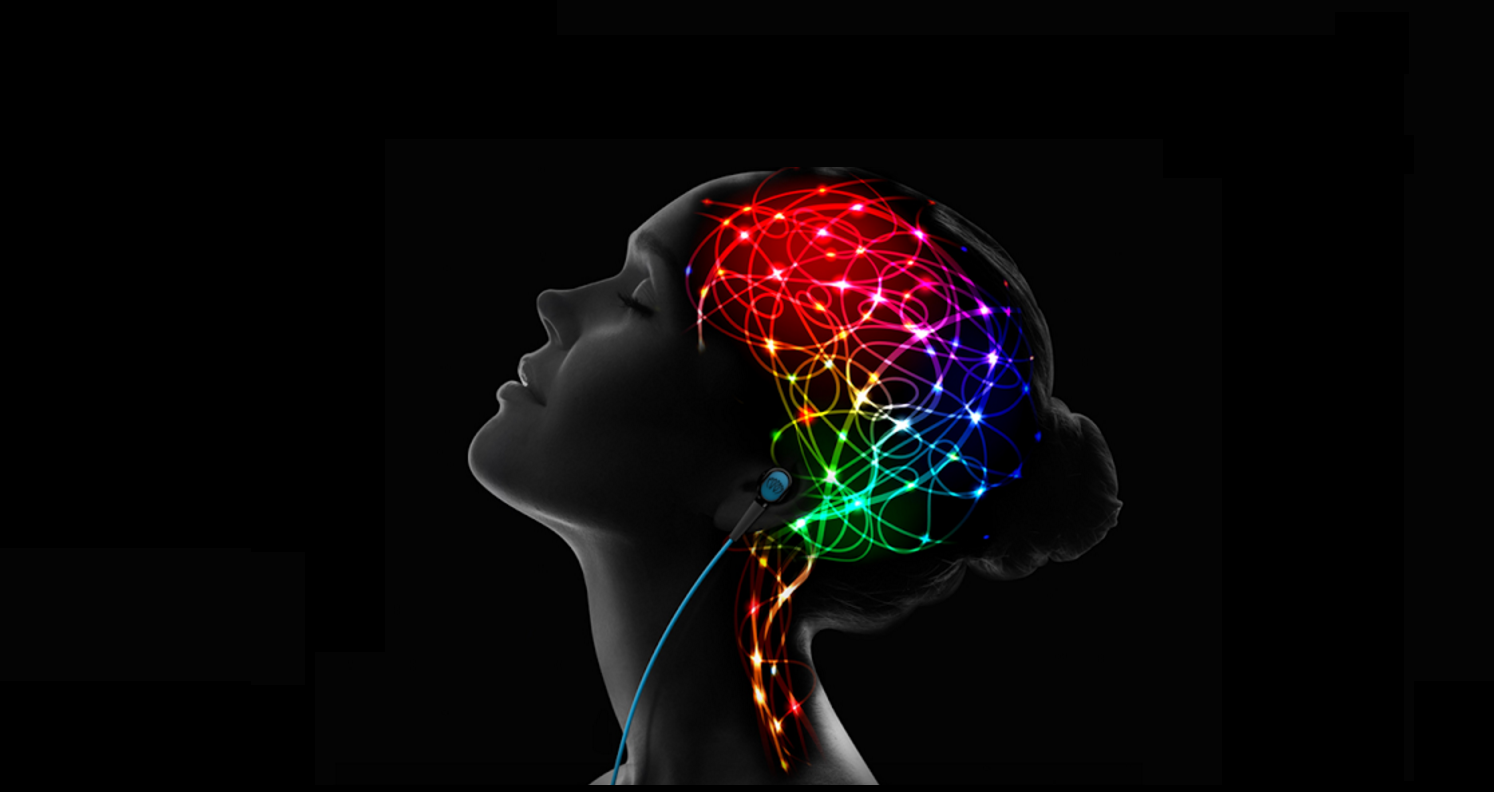 All of the Fun, None of the Workout

If you think about it, every company exhibiting at CES is trying to sell the same thing: happiness. But of the booths I visited last week at the yearly electronics trade show in Las Vegas, only one delivered directly on that promise.

Nervana (not to be confused with Nervana Systems), a startup founded by a team of medical professionals with day jobs as doctors and nurses, makes hardware that stimulates your brain to release dopamine, aka the happiness chemical.

The brain naturally responds to stimuli from exercise, music, sex, drugs, gambling, and other activities with a hit of dopamine, which makes us feel a rush of pleasure. Experts in women's brain physiology say dopamine has special effects for women.Naomi Wolf summarizes their findings in her book, calling dopamine "the ultimate feminist chemical", essential to a woman's ability to feel confident and creative.

I tried Nervana with a few friends (I'll refer to them as Conor, Joel, and Agustina since those are their names), and even though our sample size is small, we experienced happiness sensations that we believe resulted from the trial.

Conor and Joel said they felt an electric prickle when they first put on the headset, which intensified as they cranked up the volume and the intensity of their experience on the generator. The prickling persisted through the 15 or so minutes of music (you could choose from a list of 10 or so tracks that included Michael Jackson, Justin Bieber, and ambient noise). For about an hour afterward, they both felt unusually calm and happy; Conor also claimed the device cured his hangover.

Agustina and I felt much more powerful sensations while trying Nervana, consistent with Naomi Wolf's convictions about women's reactions to dopamine.

"I felt the electricity go into my arm, and everything was tingling there, but the best moment for me was afterwards when I finished and stood up," Agustina said. "I felt like I reached a personal high point. I couldn't stop smiling or laughing. I was like, 'Oh wow'. For about five minutes, my happiness level was a 10 out of 10. Then it got foggier, but I was still unusually happy for about an hour."

My experience was close to Agustina's, except possibly even fuller, since I cranked up the intensity on the generator to the maximum, so that I perceived waves of feeling caused by the stimulation even while the music was still playing. For me, the effect was so intense it felt beyond doubt that it was caused by the device.

If Nervana does what it claims (and what we experienced subjectively), the potential benefits are almost limitless, ranging from recreational to therapeutic. Not only could it be used as a therapy on people suffering with depression, anxiety, and probably a host of other disorders, it could also potentially replace party drugs like molly by delivering a high and enhancing the immersive quality of music without posing the health risk.

"Taking something that basically poisons our bodies can be deadly, unfortunately, but Nervana can enhance the pleasure of music without any drugs," said Dr. Daniel Cartledge, one of the MD's on the founding team. "I think this could add great entertainment value to music festivals."

We conducted our own science experiment

One of Nervana's greatest challenges is to prove objectively that the product works. Its founders haven't discovered a way to quantify the amount of dopamine in the brain at a given time. They don't have any means of gathering quantitative data other than users self-reporting happiness on a standard mood scale.

Luckily, Conor and Joel happen to be the cofounders (and CEO and president, respectively) of Open BCI, a brain-computer interface company that produces the Ultracortex: a device you can wear on your head that monitors your brain activity.

So we decided to use the Ultracortex to test the Nervana experience. Conor wore the Ultracortex, which collected his EEG data before, during, and after the stimulation. Since Open BCI collects data, but doesn't analyze it, we're still waiting for the official results to come back from the experts.

Joel watched Conor's EEG on a monitor while he was being stimulated, and said that although no huge changes were easily perceptible to a casual observer, he might've seen an increase in the frequency of alpha waves during Nervana.

"There may have been some more alpha wave activity in the 25-30 hertz range," Joel said, "but watching it live, it's difficult to know."

Here's where the cofounders explain everything to me. And sex.

I spoke with two of the cofounders, its nurse CEO Ami Brannon and electrical engineer Gregory Mayback, about just what it was exactly that they'd done to my brain. (Note: The interview has been condensed and edited for brevity and clarity.)

Me: Want to explain what you just did to me for the past 15 minutes?

Ami: We have a device that sends an electrical signal through the ear canal to stimulate the release of dopamine in your brain. There’s an electrical signal that’s paired with music. It follows the beat of the music, and and it makes it really pleasant. Through a conductive earbud, it sends a message through the vagus nerve in your ear, which sends a message to the brain to release dopamine, your feel-good neurotransmitter that naturally occurs in the brain.

Me: What's the vagus nerve, and how does it tell my brain to release dopamine?

Ami: The vagus nerve is the longest cranial nerve in your body, and through it, we can access the parasympathetic nervous system, which is the part of the nervous system that helps the body to relax and feel good. It elicits those warm feelings like when you feel love. Dopamine is commonly associated with the feeling of being in love. We kind of tickle the nerve to remind it to send out some dopamine.

Me: Is there any danger to stimulating the vagus nerve to produce dopamine when it wouldn't necessarily do so, or more often than it would naturally?

Ami: No. There are actually several decades of science behind vagus nerve stimulation. Historically, vagus nerve stimulators have only been implanted through surgery. Our team is made up of physicians, medical researchers, and engineers who knew about the vagus nerve implant surgery, and that the nerve stimulates a nice feeling. So bringing that feeling to consumers without the surgery was our goal from the beginning.

Me: Wow, I've never heard of a vagus nerve implant surgery. What kind of person gets a surgery like that, to treat what kind of condition?

Ami: The surgery has been used as a treatment for epilepsy, depression, obesity, and more. Recently a surgically implanted vagus nerve stimulation device got FDA indications for obesity. But those are medical devices. We're a lifestyle and wellness device, and we're not seeking FDA approval or making medical claims.

Me: And yet, you clearly think this would be of interest to people suffering from certain medical conditions, as consumers. Tell me about that.

Ami: As a company we'll eventually look at delving into the medical device world. I think universities will be very interested in using this. They haven't been able to to treat patients effectively since often surgery isn't an option.

Me: Honestly if I had one of these sets I'd be doing this every day. Are you sure there isn't any harm in doing this over and over? How often do you guys do it?

Ami: Based on all the literature that's out there, there's really no harm. We actually don't have a device ourselves right now, but the engineers building the devices try them out all the time. We start pre-sale of the device in the next week or two on our site, and then we'll be delivering it in the spring. The price point is $299, which we think is pretty reasonable.

Me: Explain to me the connection to music. I was encouraged to turn the music to the highest volume that was enjoyable, I cranked up the intensity, and I started noticing the effects as the beat dropped. Is that what you expected?

Greg: Yes, that's the intent of adding it to music. The signal rides the wave of the music itself. The music is playing at a particular frequency, the the signal follows the rhythm. Every once in a while, it'll be off because it happens to be following one instrument rather than another, but it follows in a pleasurable way.

Me: Do you need music in order to have the experience?

Greg: No, you just need to be wearing the headset.

Ami: It’s a very personal device, you can completely adjust the settings. You can kind of play around with the settings, like, do I want to feel more intense signal? Do I feel that good feeling more if I increase the signal or do I just want a little mild setting?

Me: I can see so many applications of this at festivals and concerts. Have you thought about that?

Ami: We do have a mode on the generator called ambient mode. We have the microphone on there, so that if you're at a festival, everyone can get the same signal at the same time all listening to the same DJ or whatever.

Me: I've got to ask you guys about drugs. Any comments on how the experience of this compares, potentially, to a substance like ecstasy or MDMA?

Greg: I couldn’t comment because I just drink alcohol.

Me: Ok, what about sex? Have you thought about demoing Nervana with sex?

Ami: Yes! We talk about it all the time, but we haven't been able to decide yet who gets to go first. We all volunteer. I think there's an applicability there, heightening the pleasure experience in what already is a good thing. We started off being a device to help you relax, but in what situation is pleasure better than when you're relaxed? So sex is definitely at the top of our list.

Me: Would you ever consider this within the realm of augmented reality (AR)?

Greg: Oh sure, absolutely. Why wouldn't it be? When you talk about virtual reality, you're talking about five or six senses, depending on who you are. But when you're looking and feeling something, why wouldn't you also want to, like, hear a truck go by and have a signal there that makes you feel something different?