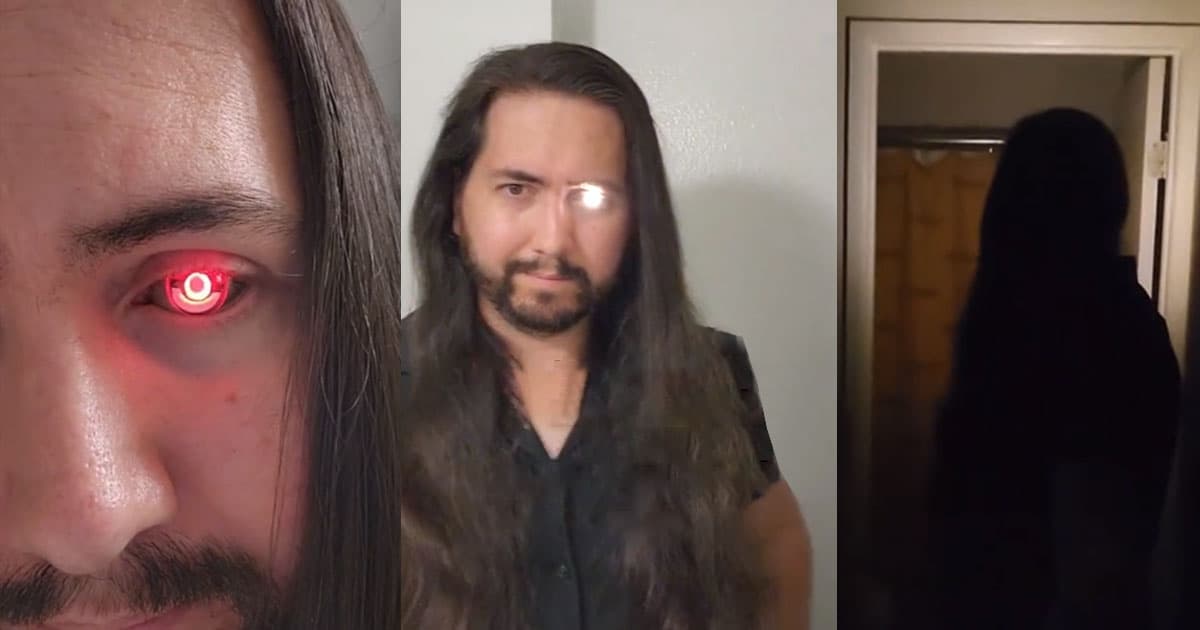 "I lost my eye to cancer, so I made this and turned my head into a flashlight."

"I lost my eye to cancer, so I made this and turned my head into a flashlight."

Southern California-based engineer and prototype machinist Brian Stanley has gone viral with a TikTok video of a "Terminator"-style cyborg eye flashlight that can light up an entire room.

"I lost my eye to cancer, so I made this and turned my head into a flashlight," the caption reads.

The name of his invention: "Titanium Skull Lamp."

"It's perfect for reading in the dark as well!" Stanley added.

It's an amazing example of what's possible with simple, off-the-shelf electronics and some clever machining. We've seen plenty of other examples of cyborg-like eyes in the past, but none like this — why didn't anybody else think of it?

The video shows how the flashlight functions, effortlessly lighting up Stanley's hallway and bathroom. Most impressively, the cyborg eye perfectly illuminates only the area the engineer is currently pointing his head at, making it the ultimate handsfree tool.

According to the video, the eye has a battery life of roughly 20 hours, and "it does not get hot," Stanley writes.

In fact, the eye can go even brighter. "This is half of my maximum power output," he added. "Safety is paramount, I will work my way to full power eventually."

The eye flashlight can be turned on and off via what appears to be a proximity sensor.

Stanley has also experimented with a range of different colors and even pupil shapes. During last year's Halloween, for instance, he made ghost and pumpkin-shaped filters.

For this year's Halloween, he's gone with an amazing Jack Skellington eye.

And yes, Stanley has taken his cyborg eye to a haunted house to freak out the performers, according to the comment section of a different video.

"Quite a few performers broke character lol," he recalled. "I'll try to get it on video this year."

More on cyborgs: Inventor of Cyborg Cockroach Says It Will Only Be Used for Good

Human Evolution
"Mad Scientist" Mom Turns Autistic Son Into a "Cyborg"
7. 16. 19
Read More
Biohacker Who Implanted Transit Chip in Hand Evades Fine
6. 19. 18
Read More
The Future is Here: Six Of Today's Most Advanced, Real-Life Cyborgs
10. 12. 17
Read More
+Social+Newsletter
TopicsAbout UsContact Us
Copyright ©, Camden Media Inc All Rights Reserved. See our User Agreement, Privacy Policy and Data Use Policy. The material on this site may not be reproduced, distributed, transmitted, cached or otherwise used, except with prior written permission of Futurism. Articles may contain affiliate links which enable us to share in the revenue of any purchases made.
Fonts by Typekit and Monotype.