And it uses 90 percent less water. 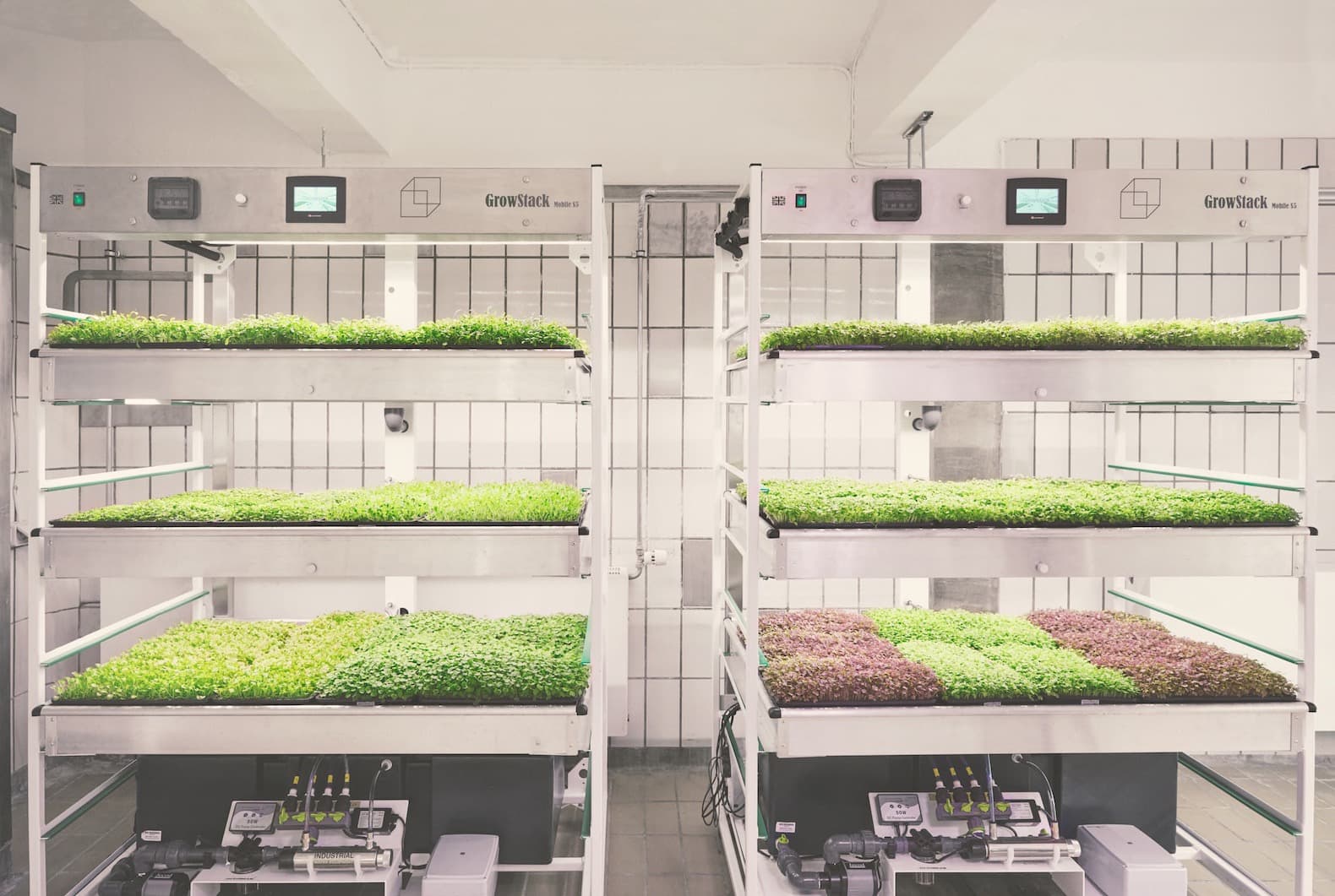 Ikea is no longer content to help people simply design their kitchens — the Scandinavian retailer is now considering ways to help customers grow the food cooked in them through Lokal, a prototype mini-farm capable of growing greens and herbs indoors.

Developed by Ikea's Space10 innovation lab, Lokal is based around a hydroponic farming system that uses LEDs to grow produce on stackable trays. The system's designers claim that Lokal greens grow roughly three times more quickly than those found in a traditional garden, using 90 percent less water in the process.

The design team is currently testing out a method of integrating sensors into the system's growing trays, which would allow at-home farmers to check the status of their crop from their smartphone via Google Home. The idea of using machine learning to analyze data collected by the community of Lokal gardeners is also being considered.

Ikea has yet to decide whether or not Lokal will be sold in stores, and according to Michael La Cour, Managing Director of IKEA Food Services, the project is still in its early stages and needs more development before it could be ready for retail.

However, whether or not Lokal makes it to an Ikea near you, vertical farming is clearly on the rise. This new methodology can be incredibly efficient and has already been employed in a retail environment in an effort to give customers access to the freshest possible produce. It also has the potential to help solve the growing food shortage crisis as the world's population continues skyward.

Many people like to be as self-sufficient as possible when it comes to their food, but not everyone has the space for a traditional garden or access to an allotment. Vertical farming gives just about anyone access to home-grown produce, so if a major company like Ikea can develop a straightforward kit to help would-be agriculturists get started, it has the potential to be a big success.

Read This Next
Futurism
Urban Farming Is the Future of Agriculture
Futurism
Kimbal Musk has a Silicon Valley-Style Plan to Feed America
Futurism
Vertical Farming Is Officially Coming to Grocery Stores
Futurism
A New Type of Farm Is Letting Us Grow 100 Times More Food
More on Future Society
Bird Crap
6:30 PM on the byte
It Looks Like Elon Musk Is Actually Building a Twitter Payment Platform
Balloon News
Yesterday on futurism
China Says "Spy Balloon" Soaring Over America Is Completely Innocent
Down in Flames
Wednesday on the byte
Elon Musk Apparently Thinks Twitter Is a "Flaming Dumpster Rolling Down the Street"
READ MORE STORIES ABOUT / Future Society
Keep up.
Subscribe to our daily newsletter to keep in touch with the subjects shaping our future.
+Social+Newsletter
TopicsAbout UsContact Us
Copyright ©, Camden Media Inc All Rights Reserved. See our User Agreement, Privacy Policy and Data Use Policy. The material on this site may not be reproduced, distributed, transmitted, cached or otherwise used, except with prior written permission of Futurism. Articles may contain affiliate links which enable us to share in the revenue of any purchases made.
Fonts by Typekit and Monotype.